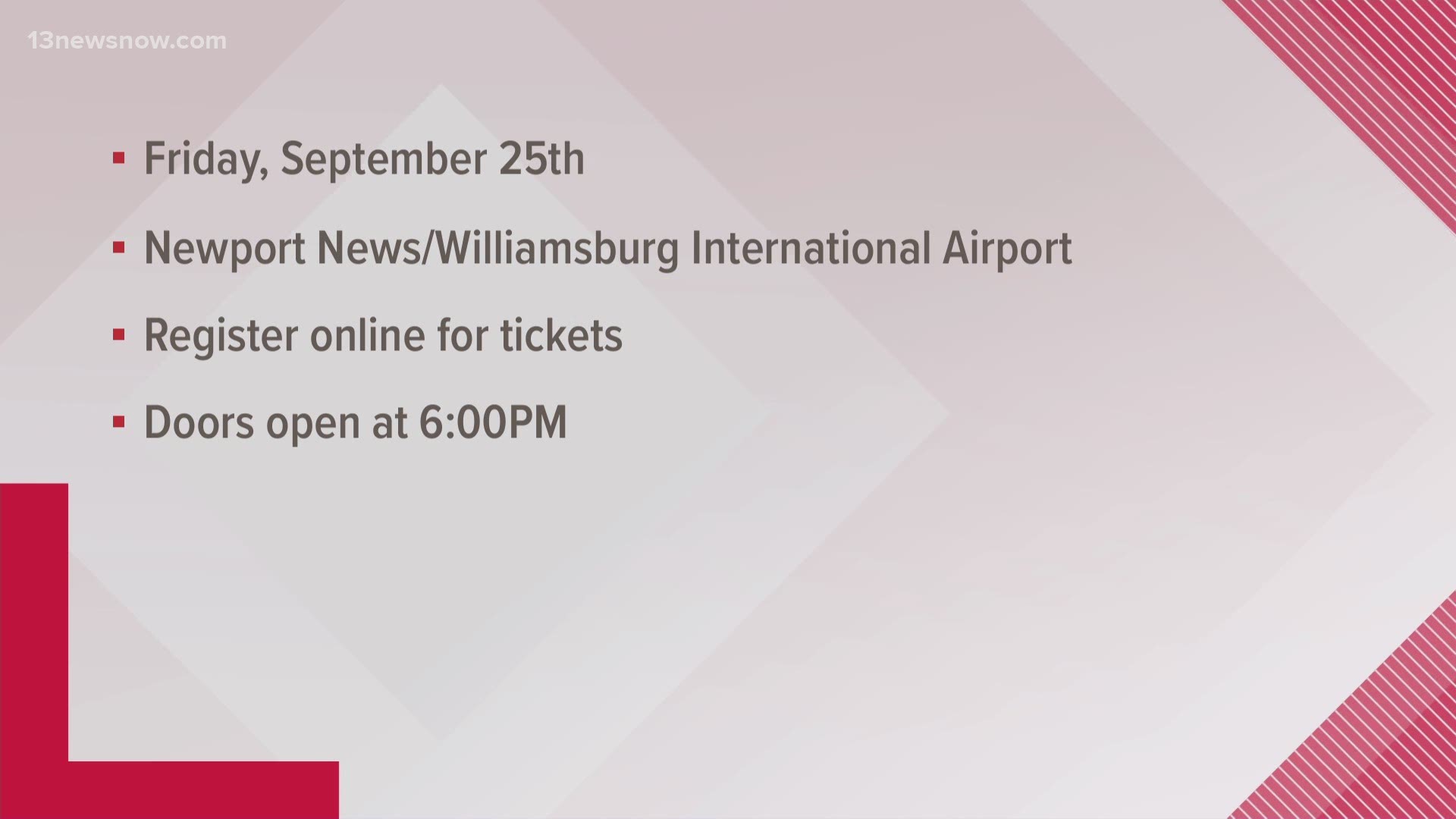 The event is planned for the Newport News/Williamsburg International Airport on Bland Boulevard.

That day, the doors open at 6 p.m. and the event kicks off at 9 p.m. People are allowed to request two tickets per device here.

The campaign has not announced a theme for the rally, or which topics Trump plans to address.

The president has said by Friday or Saturday, he would likely announce his preferred candidate for the Supreme Court seat left open after Justice Ruth Bader Ginsburg's death.