His appearance was bolstered by the endorsement of former Secretary of the Navy Richard V. Spencer. 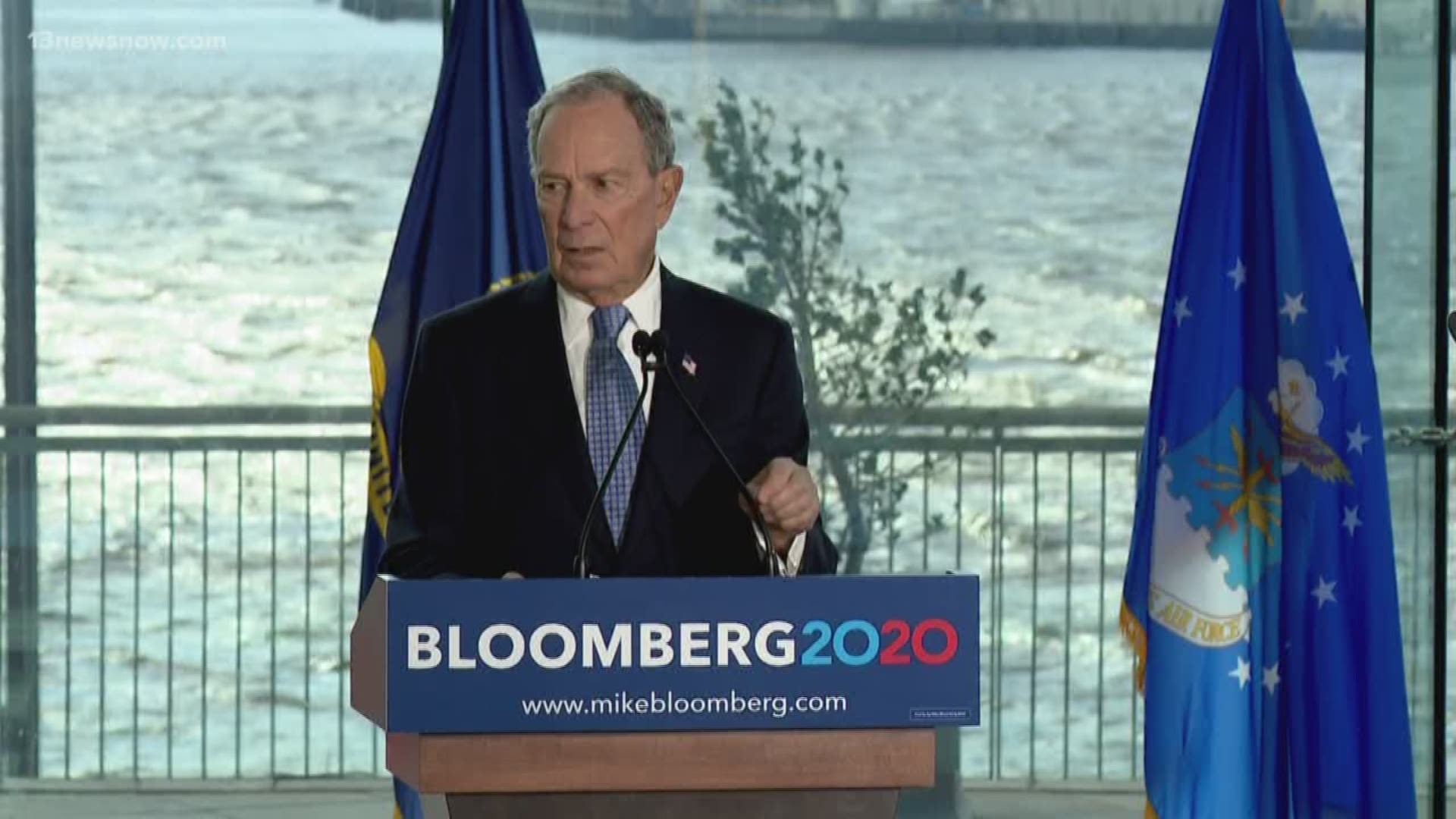 This would be the second time the Democrat has visited the city since he started running for president and his fourth visit to Virginia. He officially launched his campaign in Norfolk in November.

He spoke Friday morning, addressing military families and veterans. His appearance was bolstered by the endorsement of former Secretary of the Navy Richard V. Spencer.

Spencer was pushed out of his position after he clashed with Trump and military leaders over the fate of a Navy SEAL accused of war crimes in Iraq.

In a statement, released by the campaign, Spencer said that he has "the utmost confidence that Mike will faithfully execute his duty as commander-in-chief.”

Bloomberg refined his argument to Virginia voters - that his leadership style is superior to President Trump's.

"Our country today is not getting the executive leadership that we need," Bloomberg said. "The commander-in-chief has no discipline, those who serve in the military are put at risk and we cannot accept that."

"Number one: we need to take care of military families," Bloomberg said. "We've underfunded the VA for a very long time and we haven't kept up in giving the kinds of services that are needed."

Bloomberg's political strategy is focused on the upcoming Super Tuesday primaries, including Virginia's.

"For him, it's all about Super Tuesday or bust," said 13News Now Political Analyst Quentin Kidd. "He's either got to do really well on Super Tuesday, vault himself into the top 3 or 4 candidates, or he's probably out."

Bloomberg's visit comes ahead of another campaign event on Sunday where he'll launch his multi-state bus tour on gun violence prevention with Hampton Roads as the first stop.

Most other candidates will be in New Hampshire this week before that state Democratic primary begins.

Bloomberg first came to Norfolk in November 2019. He visited Selden Market and made another pit stop at D'egg Diner with Virginia Beach Delegate Nancy Guy.