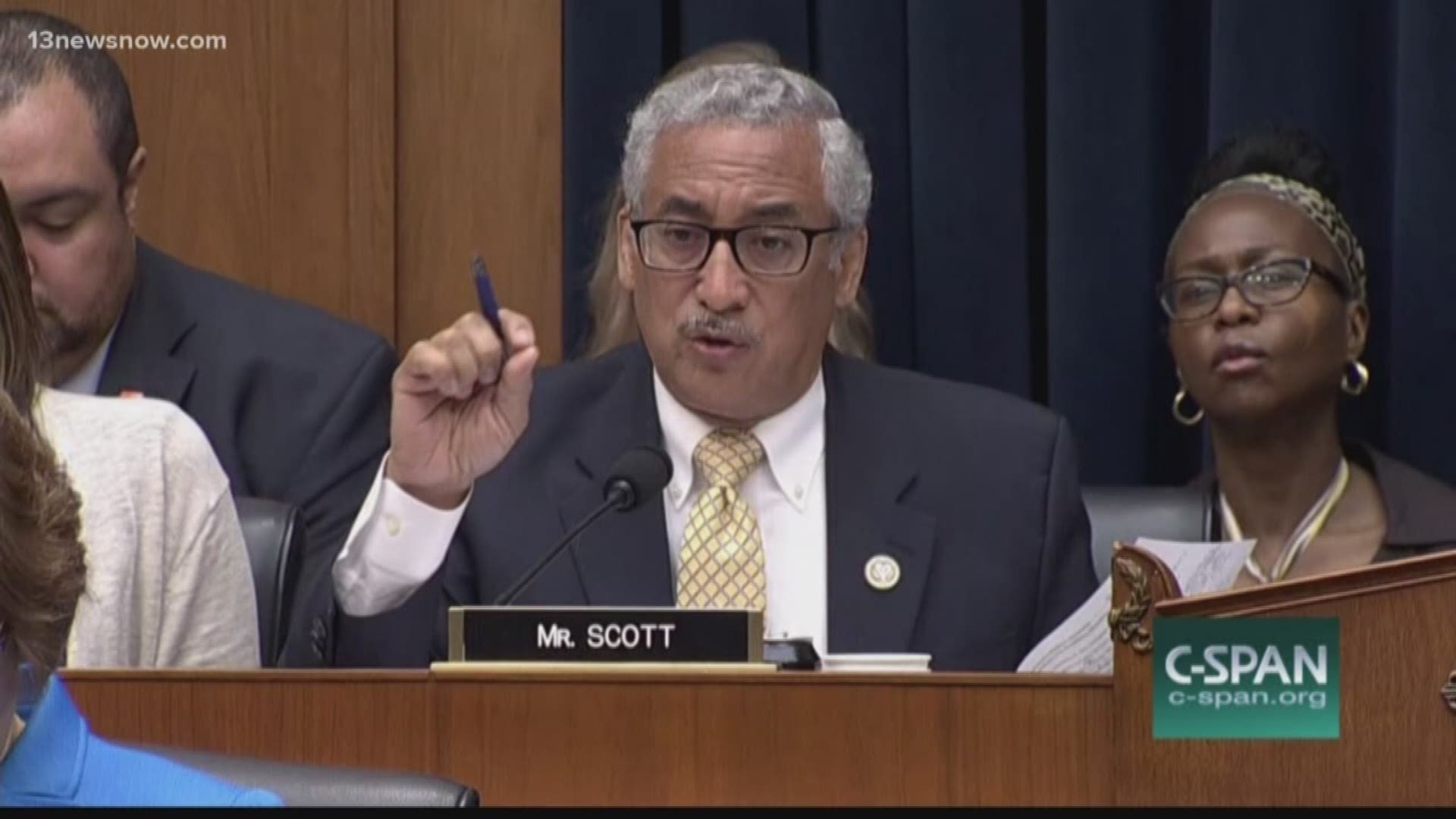 WASHINGTON — Despite the now-two-week-old government shutdown, lawmakers are on the job in Congress. They're filling out committees and passing bills that may or may not ever become law.

And they're starting to get frustrated.

"Let's discuss this like intelligent people... not, 'If I don't get my way, I'm going to shut the government down,'" said Virginia Third District Democratic Representative Bobby Scott.

Scott was elected Friday to be chairman of the Committee on Education and Labor.

He admits to frustration over the continuing partial shutdown of the federal government, especially with President Trump saying Friday he's prepared for it to last months or even years if that's what it takes to get a border wall.

"People are not getting the services they deserve," said Scott. "You have a question about your tax return, nobody to talk to. It's not just the national parks. Food safety is at risk."

Christoper Newport University political analyst Quentin Kidd said until the impasse is resolved, nothing too substantial will actually be accomplished by the 116th Congress.

He added that in the meantime, people are hurting.

Kidd predicted the shutdown will last for at least a few more weeks. He said to break the impasse, both sides will need to get some kind of concessions in order to claim that they got a win.