Lawmakers said they are tackling criminal justice reform and COVID-19 pandemic relief during the session. The session could take several weeks to complete. 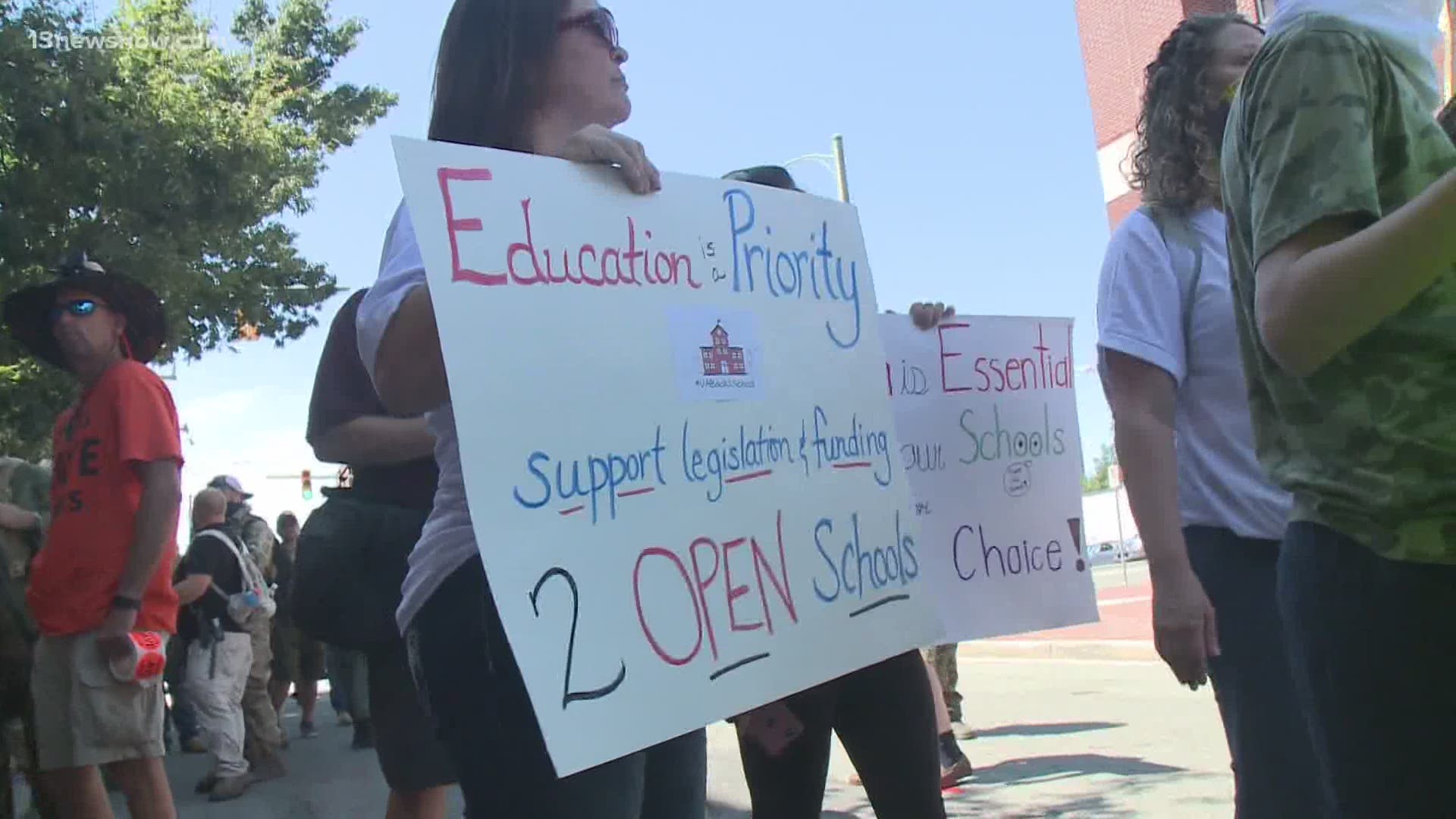 RICHMOND, Va. — Virginia lawmakers began their special session to address both the economic impact of the coronavirus pandemic and widespread calls for criminal justice reform sparked by the death of George Floyd.

Democrats took full control of the General Assembly earlier this year. They have promised an expansive session which starts Tuesday and whose proposals range from banning police chokeholds to increased spending on high-speed internet for virtual schooling.

The session could take several weeks to complete and lawmakers are meeting outside of the Capitol so they can practice social distancing.

Dueling groups of protesters also have gathered outside a museum where state senators are gathering to maintain social distancing.

Northam says lawmakers must move quickly since the state will start mailing out ballots in four weeks.