Senators Warner, Kaine cosponsor bill to stop use of unidentified federal agents at protests across the country 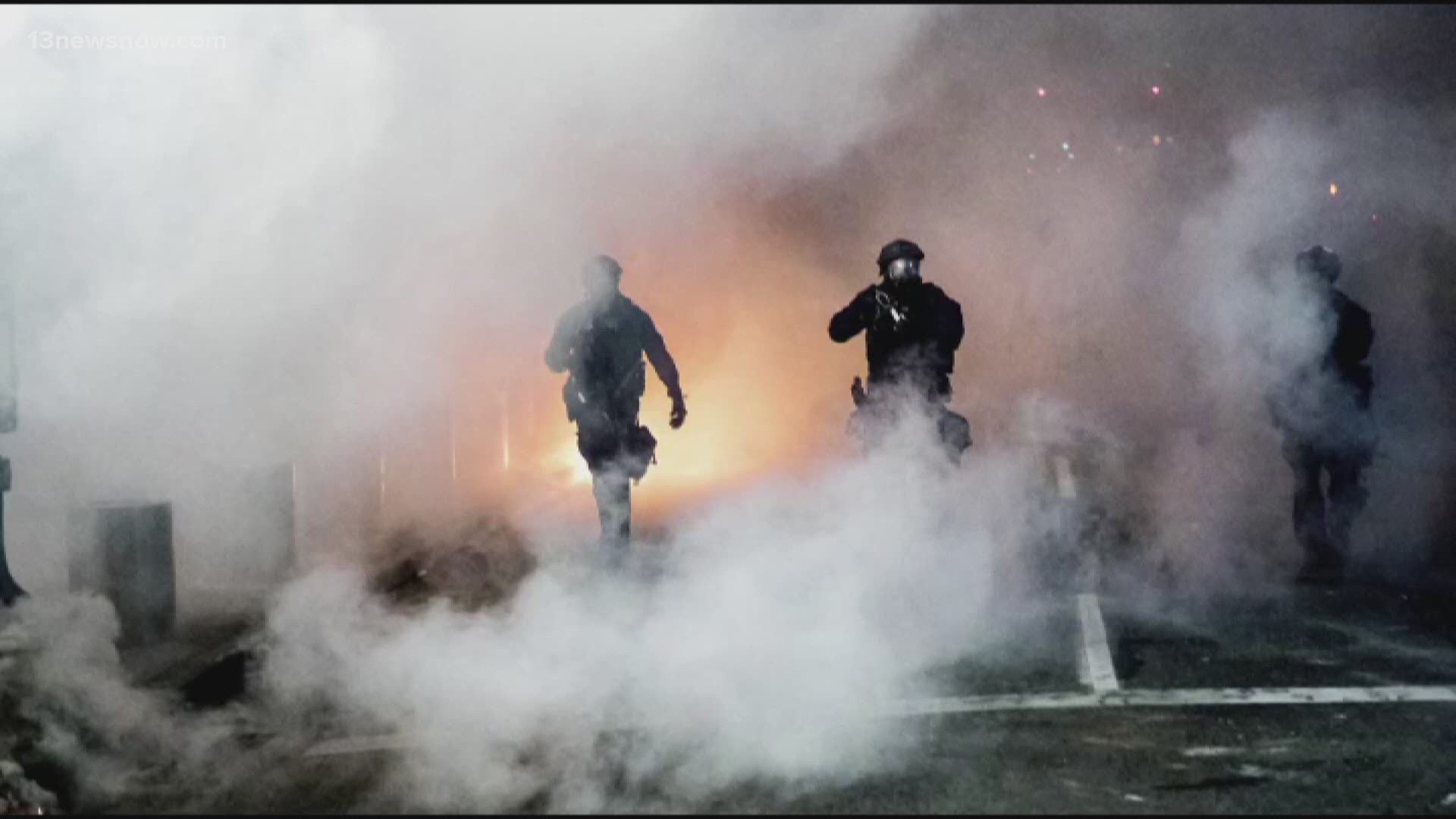 NORFOLK, Va. — Senator Mark Warner says it isn't how law enforcement should operate in the United States of America.

Warner is pushing legislation called the Preventing Authoritarian Policing Tactics on America’s Streets Act -- which would stop the use of unidentified federal agents to sweep protesters off the streets. The bill would limit federal enforcement and require more transparency.

“This looks like it’s coming out of some third world country, not the USA," Warner said in an interview with 13News Now on Friday.

In Portland, unidentified federal agents responded to protests with force over the last week. Oregon Attorney General Ellen Rosenblum is suing federal law enforcement agencies to stop them from seizing and detaining protesters without probable cause.

“It’s not the way we ought to be doing law enforcement," Warner said.

New legislation backed by Virginia Senators Mark Warner and Tim Kaine would require officers to identify themselves, limit federal crowd control to federal property, and force agencies to release the number and purpose of federal officers within a day of deployment.

“I think it’s got broad support, let’s be a lot more transparent, let’s actually work with the local police department and the local mayor," Warner said.

“It appears this is being driven by certain people in the [Department of Justice] and I believe it’s more about a political campaign going on right now than bringing back order to our streets," he said.

The Trump administration said federal deployments are meant to prevent and solve violent crime. Warner said using unidentified officers at protests is not the way.

“We need to make sure we stand up for law enforcement protecting our communities, but this needs to be done in a clearly transparent way," he said.