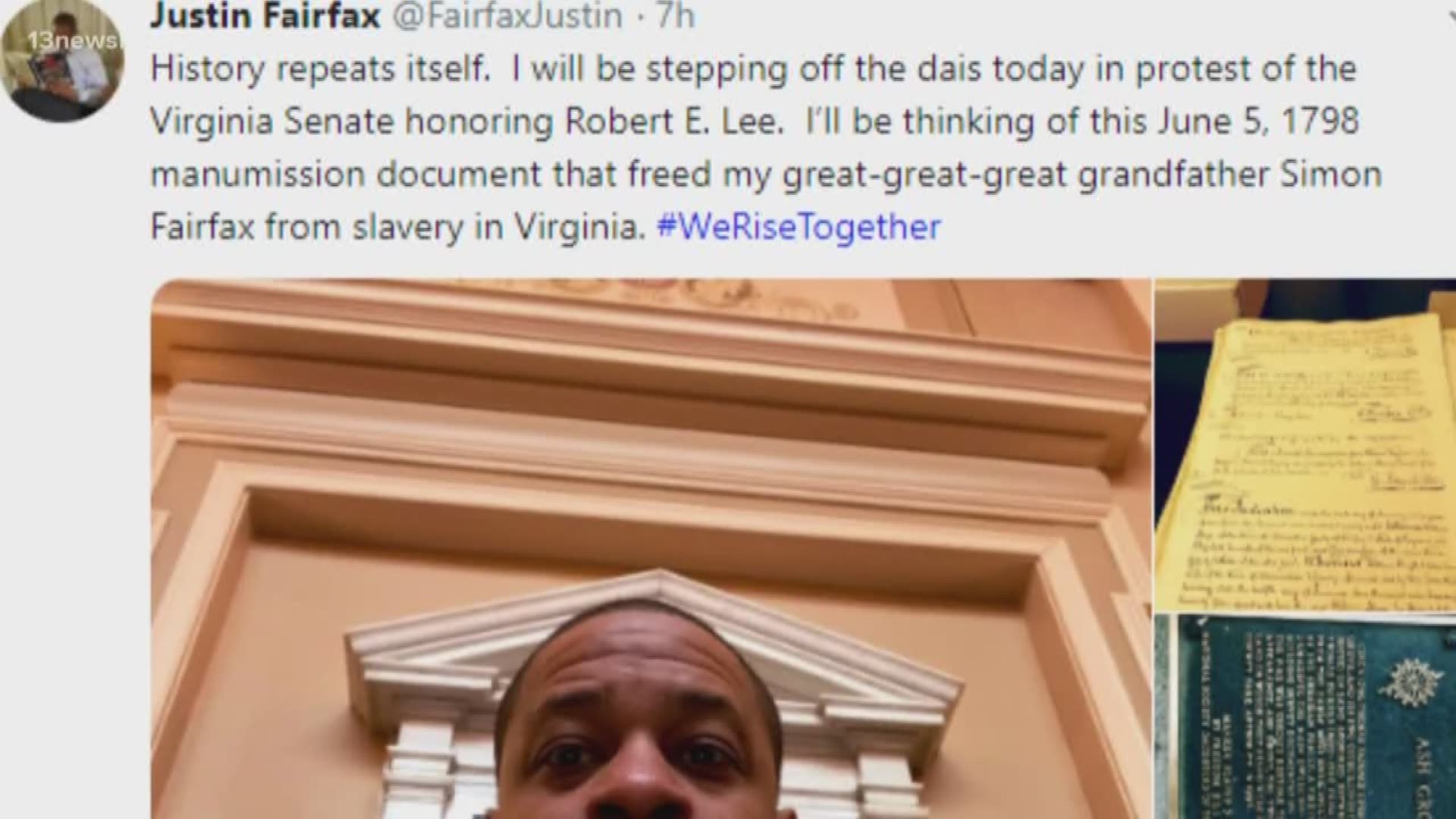 Fairfax tweeted that his great-great-great grandfather Simon Fairfax was a slave in Virginia, and he plans to think of him and the June 5, 1798 manumission document that freed him.

The Lieutenant Governor is the presiding officer of the Senate.

Lee-Jackson Day is a state holiday in Virginia to remember two Civil War's Confederate leaders Robert E Lee and Thomas “Stonewall” Jackson. It is celebrated every year on the Friday before Martin Luther King Day.