Congresswoman Elaine Luria wrote a letter to the White House demanding an explanation on why the Trump administration decided to withdraw troops from Syria. 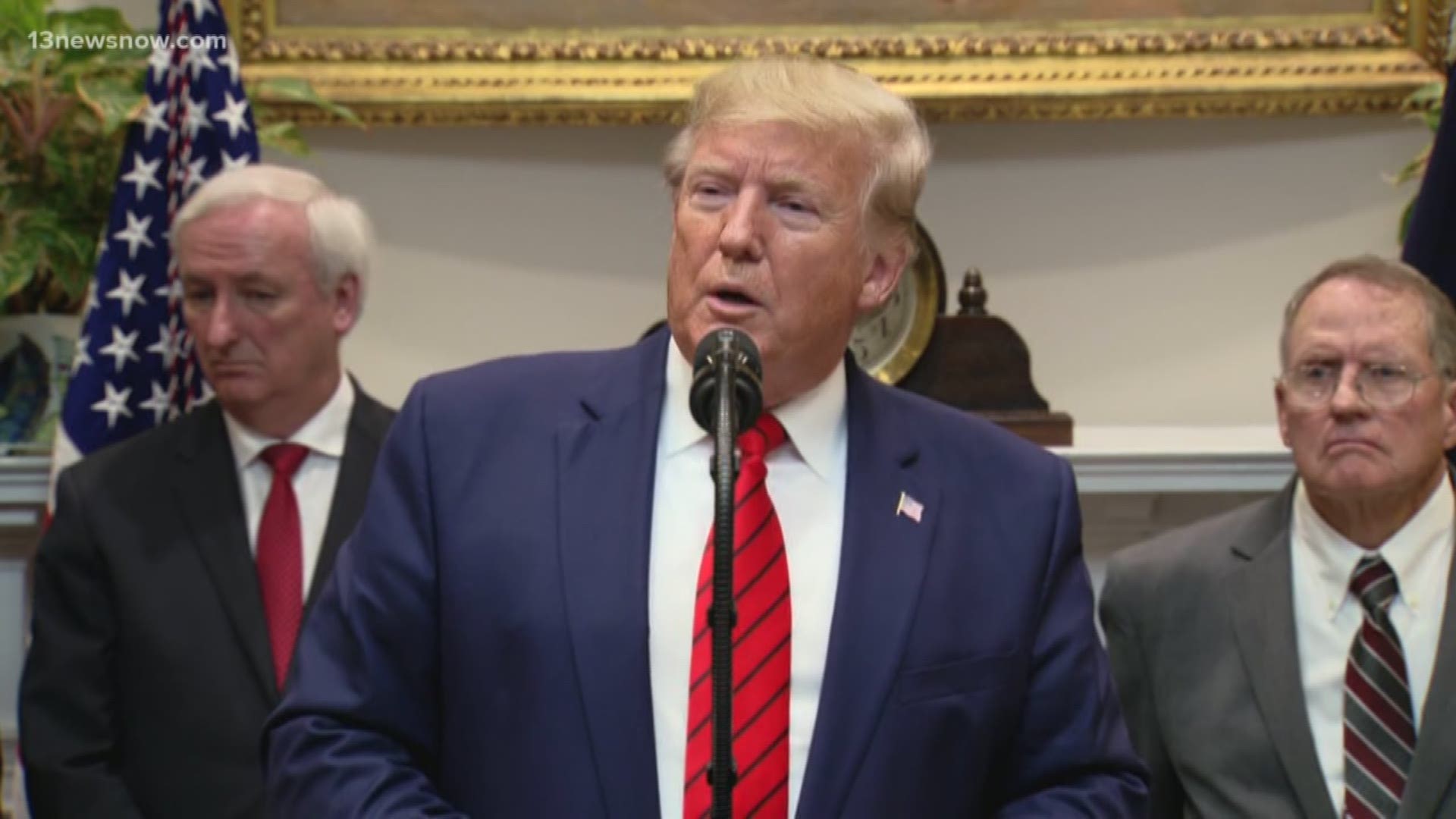 RELATED: Turkey begins an offensive against Kurdish fighters in Syria

RELATED: US to step aside for Turkish assault on Kurds in Syria

Luria wrote a letter to the White House, joining 50 other lawmakers who are demanding the same answers.

In the letter, each lawmaker cited a national security and moral responsibility to maintain a presence in northern Syria and to support the Kurdish Syrian Democratic Force allies.

Many in Congress, on both sides of the aisle, believe that the U.S. has been essential in the fight against ISIS and the decision to withdraw troops contradicts years of U.S. foreign policy and leaves Kurdish forces vulnerable to the hostile action of the Turkish military.

Read the full letter below:

We write with great concern over your decision to withdraw U.S. troops in northern Syria in advance of a Turkish operation into area controlled by the Syrian Democratic Forces (SDF).

We believe your decision to withdraw U.S. personnel from the area will have far-reaching diplomatic and national security implications: it will dramatically alter our partnership with the Syrian Democratic Forces (SDF), allow unilateral Turkish incursions into Syria, and jeopardize counter-ISIS efforts. Furthermore, it introduces uncertainty into U.S. foreign policy that will cause current and future allies to question the reliability of the U.S. as a partner.

On Monday October 7, in response to bipartisan criticism, you posted a statement on your Twitter account that read: “...[i]f Turkey does anything that I, in my great and unmatched wisdom, consider to be off-limits, I will totally destroy and obliterate the Economy of Turkey[…]” This chain of events, including the announcement and the subsequent clarification, has had a chaotic and destabilizing effect on an already fragile situation. It has thrown our troops, and our partners on the ground, into disarray.

We cannot invite further instability in this region. For one, the SDF maintains custody of over 11,000 ISIS fighters in detention facilities across northeast Syria. Moreover, the decision leaves U.S. assets and personnel in Syria -- principally, at al-Tanf -- embroiled in uncertainty.

In order to assess the decision-making process that underpins your announcement, and the national security implications, we request answers to the following questions:

2. What additional troop withdrawals or other changes to the disposition of U.S. forces in Syria are planned within the next six months?

3. How will the U.S. ensure the protection of Kurdish civilians and our SDF allies?

4. Consistent with your tweet on October 7, what standards are you using to determine actions that are “off limits”? What authorities and means would you use to “destroy and obliterate” the economy of Turkey, a NATO ally?

5. How will the more than 11,000 ISIS prisoners held by the SDF be secured if the SDF are forced to reposition their resources for defensive purposes? If their care is to be transferred to another entity, how will the U.S. ensure an orderly transfer of custody?

7. On October 4, U.S. and Turkish forces conducted the first joint patrol of a buffer zone in northeast Syria. What information led to the decision to abandon this effort after only one patrol?

8. What assessments have been done to analyze the effect of this decision on the ongoing counter-ISIS mission?

9. What preparations has your administration made with our allies in the counter-ISIS mission in advance of this decision?

10. What assessments have been done to determine the effects of a U.S. withdrawal in northern Syria on Syrian government, Iranian, and Russian military forces operating in the region?

One of our country’s greatest strengths is the diversity of our allies and partners that are willing to fight alongside us in times of conflict. Our allies commit their lives and livelihoods to our common cause and place immense trust in our unwavering dedication as a reliable partner. This decision jeopardizes decades of trust in American solidarity and will only serve to undermine current and future alliances.

Thank you for your time and attention to this important matter. We look forward to your prompt response.