School counselors can prevent violence, but there's not enough of them

In the aftermath of school shootings like the ones in Parkland, Florida and at Virginia Tech, records show there often were mental health concerns, which never were addressed. 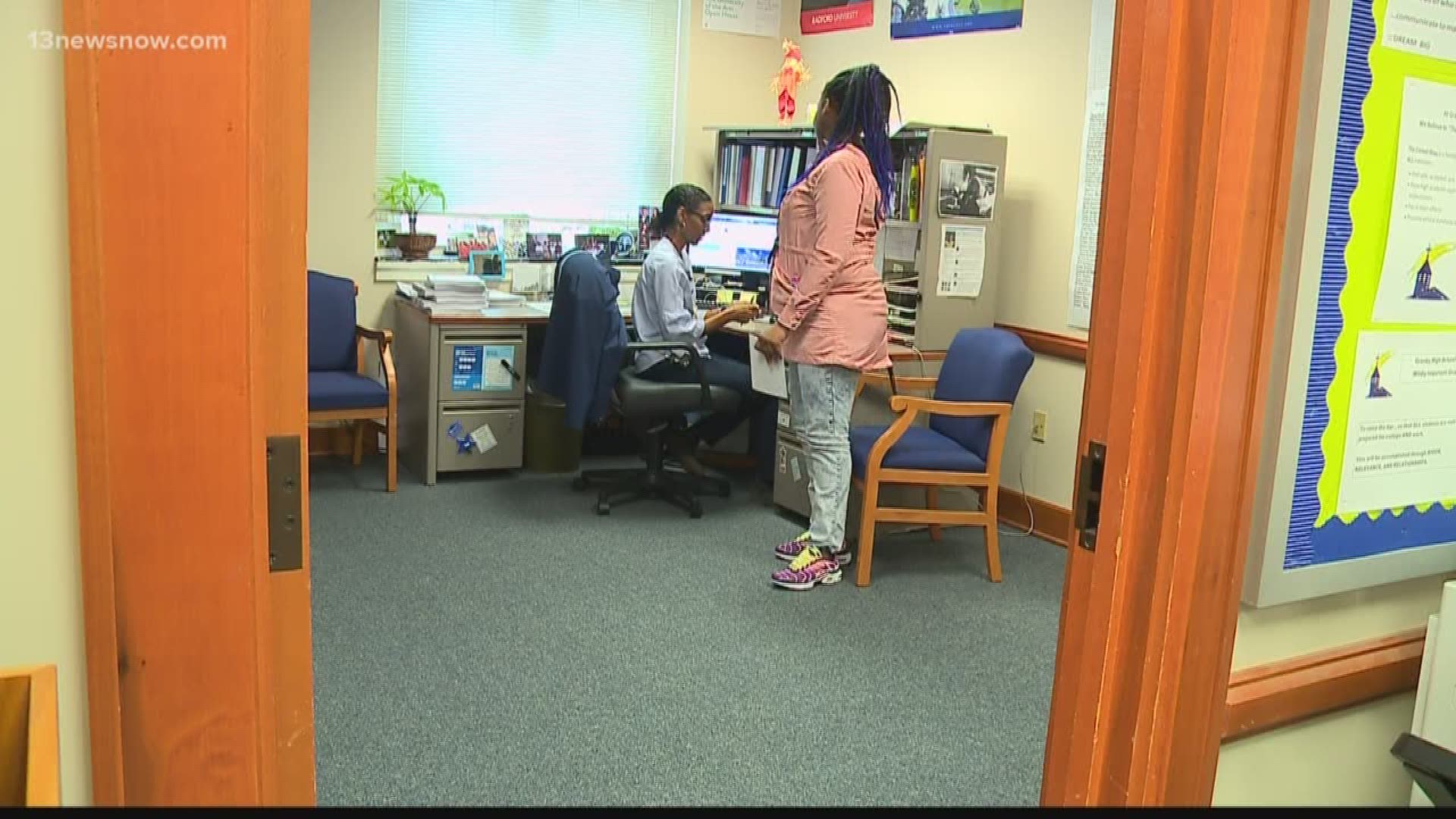 After each one, there is sadness, outrage, and the question of how do we prevent this from happening.

After each of these tragic incidents, the conversation goes to gun control, metal detectors, arming teachers, and hardening our schools. They are usually the "go-to" topics.

A 13News Now investigation found there is something much less controversial, which could help prevent these tragedies.

There is a nationwide lack of school counselors to meet with students and address their mental health needs.

Every day, Phyllis Patton walks the halls of Granby High School in Norfolk with a smile on her face. It hides the fears that run through the school counselor's mind as she scrutinizes each student she sees, hoping they are ok.

“There are times when I wake up at night at home and I think about a student it comes to mind,” Phyllis described. “I may even write that name down and say 'I need to see that student first thing in the morning.’ It's because I need to check on them.”

She feels she needs to check on them because, in the aftermath of school shootings like Parkland and Virginia Tech, records often show there were mental health concerns, which were never addressed.

“It could have been prevented maybe, if the student had been identified earlier and received the help that they needed,” Phyllis wondered.

But today, school counseling is a balancing act. Counselors like Patton are charged with not only addressing mental health and academic needs, but they're also expected to deal with scheduling, testing, event planning and a lot of meetings.

“Would I like more time to be able to comb through my caseload and look and see my kids, and just check them out every day,” Patton said. “Yes, I would love that time. Do I have it? No.”

More staffing would give counselors more time. The American School Counselor Association recommends no more than 250 students for every one counselor, but a nationwide investigation done by TEGNA  shows nearly 85 percent of schools didn't meet that standard in the 2015-16 school year. That's more than eight out of every ten schools.

In Hampton Roads, few, if any, of the schools we were able to get information on meet that ratio.

“We can make a difference if given the opportunity,” said April Harmon, who is a past-president of the Hampton Roads Counselor's Association and coordinates counselors for Norfolk Public Schools. “We do it to the best of our ability given the restraints that are often on us.”

Norfolk's superintendent supports getting counselors back to their core jobs. It is also the focus of new legislation in the General Assembly right now.

Lawmakers will also consider spending millions of dollars to bring all schools in Virginia to that nationwide recommendation.

“What could happen if the kids are not afforded an opportunity to establish a meaningful relationship with an adult in the building is the situations that we're hearing of could become more frequent, which is unfortunate, but that's just the bottom line,” Harmon explained.

It is a bottom line with high stakes.

“That’s the way we lose someone because we don't see it fast enough,” Patton added. “That's the way a student decides to, you know, to take out his frustrations on classmates because his mental health is not being addressed.”

Virginia's statewide requirements for the student to counselor ratios go by grade level. None of them are as low as the one to 250, but that could change if lawmakers pass that new legislation in the General Assembly right now.

To see how your Virginia school district ranks and a true breakdown of the numbers, go here. And to see how they rank nationally, go here.