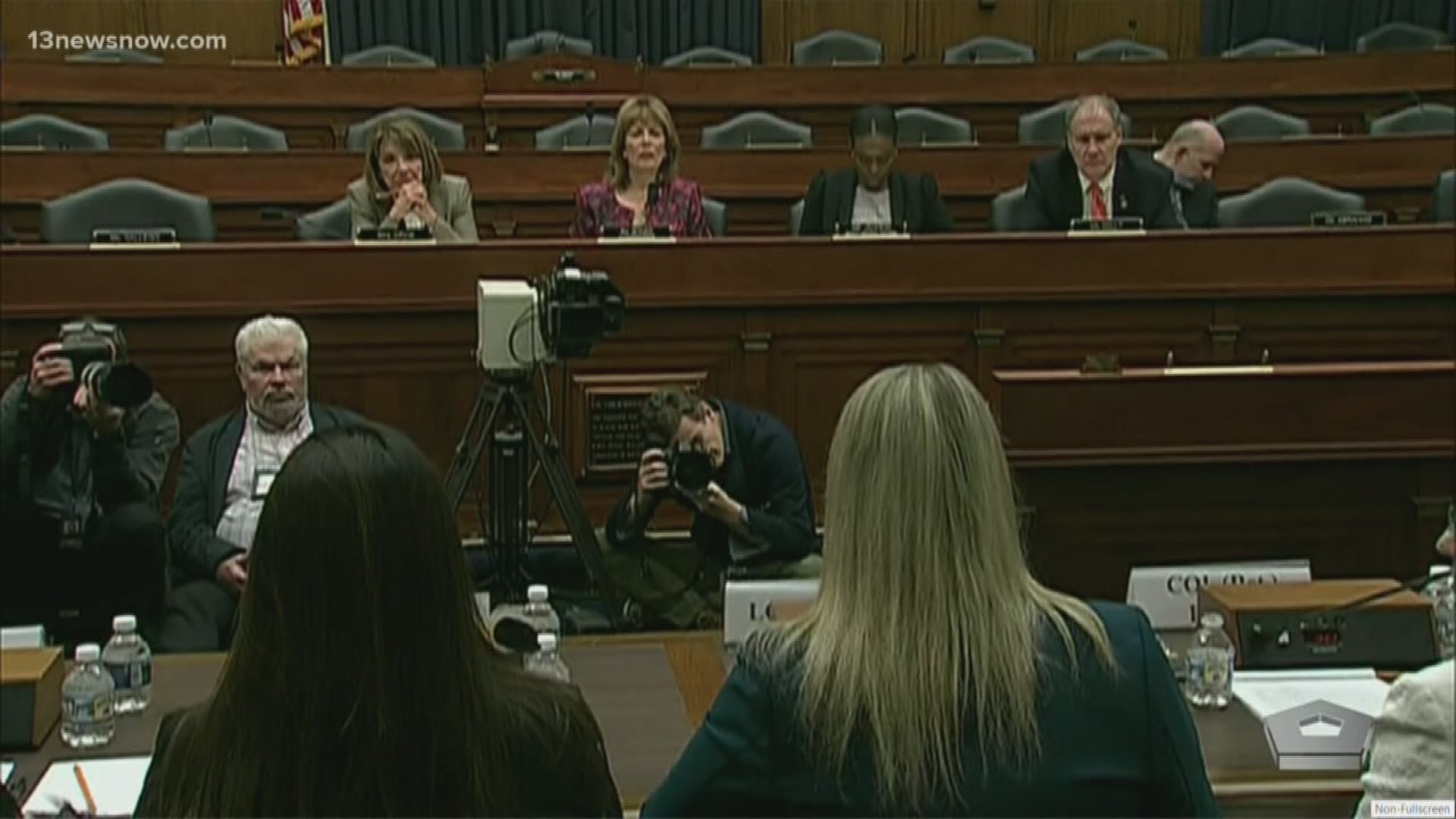 They said it's crucial that unit commanders should be removed from decision making in special victims cases.

"I was humiliated, ostracized, outcast and ridiculed from people of every rank," said Navy LCDR Erin Elliott.

Today, the House Armed Services subcommittee on Military Personnel took up the idea of transferring the decision to try special victim cases from commanders to an independent prosecution authority.

"When I followed the military's procedures for reporting sexual assault, the system failed to protect me and provide me with the justice I and all active duty and DoD employees deserve," said Nelli Hanson, an Air Force civil servant.

Former Army officer Angela Bapp talked of her frustration with the system.

"I'm here to share my story and shine a light on the systemic failures that made justice impossible in my case," she said. "The sexual assault occurred on a Sunday. I reported it the following Tuesday. On Friday, I was informed the Fort Rucker criminal investigative division was investigating me for adultery."

A special prosecutor would be better for survivors. Survivors would know that an authority not influenced by conflicts of interest, readiness concerns, or outside perceptions would decide whether to prosecute their cases. Too often those factors, not legal concerns, drive the military criminal justice process.

According to the Department of Defense Annual Report on Sexual Assault in the Military, for FY17, the department received 6,769 reports of sexual assault involving service members as either victims or subjects of criminal investigation, a 9.7 percent increase over the 6,172 reports made in FY16.

The Chief of Naval Operations Admiral John Richardson, discussed sexual assault in the military on his official Facebook page yesterday.

Sexual assault is a toxic threat that harms us all and must stop, and it will, with engaged leadership and teamwork.