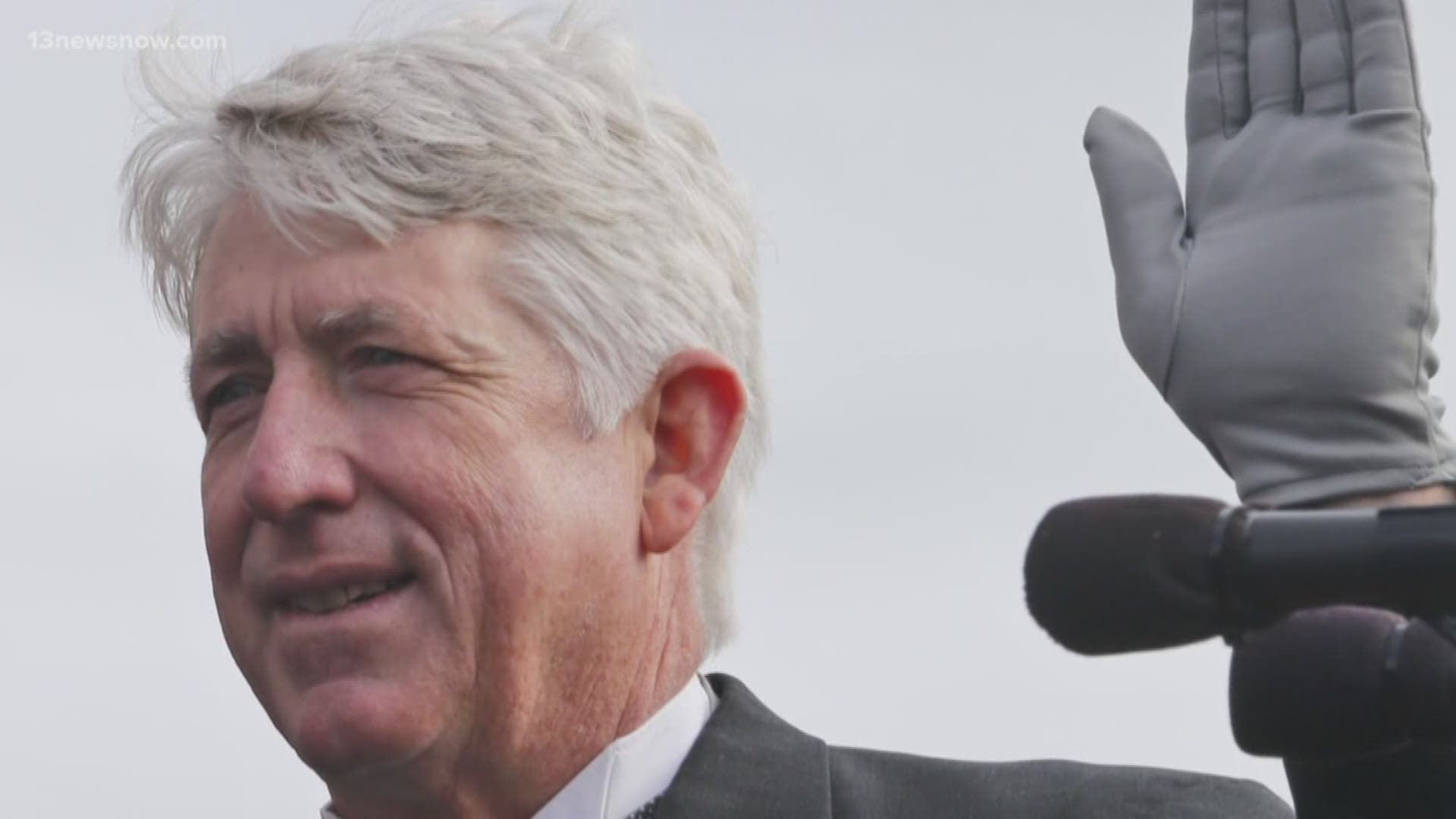 Herring said Saturday that Virginia should start decriminalizing possession of small amounts of marijuana and eventually legalize the drug.

The Democratic attorney general said criminal prosecutions are costly to the state and local governments and disproportionately affect African Americans.
Herring made the remarks in an op-ed in the Daily Press and in comments to reporters at a Democratic fundraiser in Richmond.

Herring's announcement won't have any practical impact on marijuana prosecutions, which are typically handled at the local level. But Herring said he hopes his public support for legalization will help spur lawmakers to act.

State Senator Stephen Heretick said he plans to get the legislation through.

“I will be putting in decriminalization legislation in the 2020 session," Heretick said, He added the decision will allow more resources to be available.

"It's the law enforcement officers, it's the drug testing laboratories. We have drug counselors, we have probation officers, there's an entire law enforcement community that surrounds the criminalization of marijuana," said Heretick.

Heretick said Virginia will have a road map for success because so many other states have already made the step.

"Over 36 states and U.S. territories have regulated marijuana use by adults, so Virginia is not new to this. We have been looking at criminalization and legalization for some time now,” said Heretick.

"The public's response to Attorney General Herring's statement not only supporting decriminalizing but legalizing and regulating adult use of marijuana has been overwhelmingly positive. What this does is moves this issue to the front burner of Virginia politics,” said Pedini.

Pedini said the current law on the books means no marijuana is legal.

"Right now, marijuana possession in Virginia is completely illegal. Even a small amount is a misdemeanor, and that is a crime that will follow you for life in Virginia, it cannot be expunged.”

Pedini said that currently if you are charged with possession, you can lose a lot.

The Republican-controlled General Assembly has killed past efforts to decriminalize marijuana.