The Office of the Norfolk Commonwealth's Attorney will continue to not prosecute misdemeanor marijuana possession, but circuit court judges can still chose to hear the cases 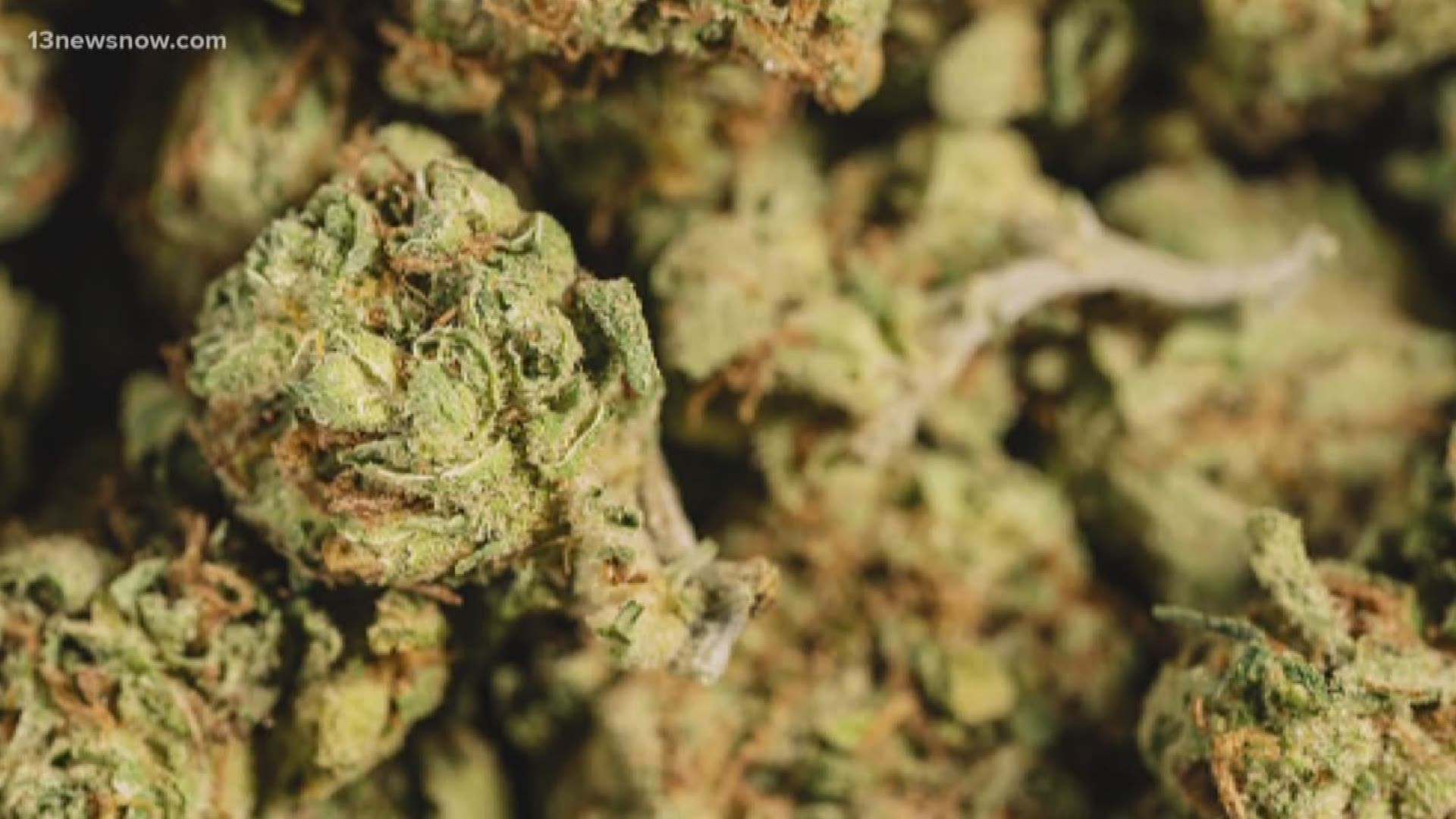 NORFOLK, Va. — Misdemeanor marijuana possession cases will still be tried in the Norfolk court system, even though Commonwealth's Attorney prosecutors will not be involved.

State Supreme Court justices ruled in favor of Norfolk Circuit Court judges on the criminal procedure disagreement Thursday. The three-judge panel determined the judges do not have to dismiss marijuana possession cases as requested by Norfolk Commonwealth's Attorney Greg Underwood.

Underwood has the right to choose how to allocate his office's resources in regards to the prosecution of various cases.

However, Circuit Court judges weren't on board. They denied prosecutors' efforts to dismiss the cases in their court, saying it oversteps current law.

The Virginia Supreme Court's decision means marijuana possession cases will be tried in Norfolk - just not by prosecutors. The cases will feature the defendant and defense attorney, law enforcement officer and judge.

“In this instance where the court has ruled as it has, I think it’s doing more harm than good," decriminalization activist Bob Stephens said.

Amanda Howie, Director of Communications of the Office of the Norfolk Commonwealth's Attorney, said both parties had a 'good faith basis' for its legal disagreement, and said Underwood is pleased to now have the Court's decision.

Howie said the Office will "continue to not pick up cases or withdraw from cases where the sole charge of simple possession of marijuana is appealed to Norfolk Circuit Court." In the statement, Howie wrote that Underwood appreciates that discussions on this topic will likely continue going forward.

Stephens, however, viewed the state court's decision as a blow to criminal justice and marijuana reform. He said it's a social justice concern and full decriminalization is needed.

“The fact is that African Americans and people of color are disproportionately arrested at a higher rate than any other group of people even though the use of marijuana is the same," Stephens said. "We need to change the narrative and get the whole community involved."