13 years in the NFL, mostly with the Steelers and in the 90's. He has called the beach home for 3 years. 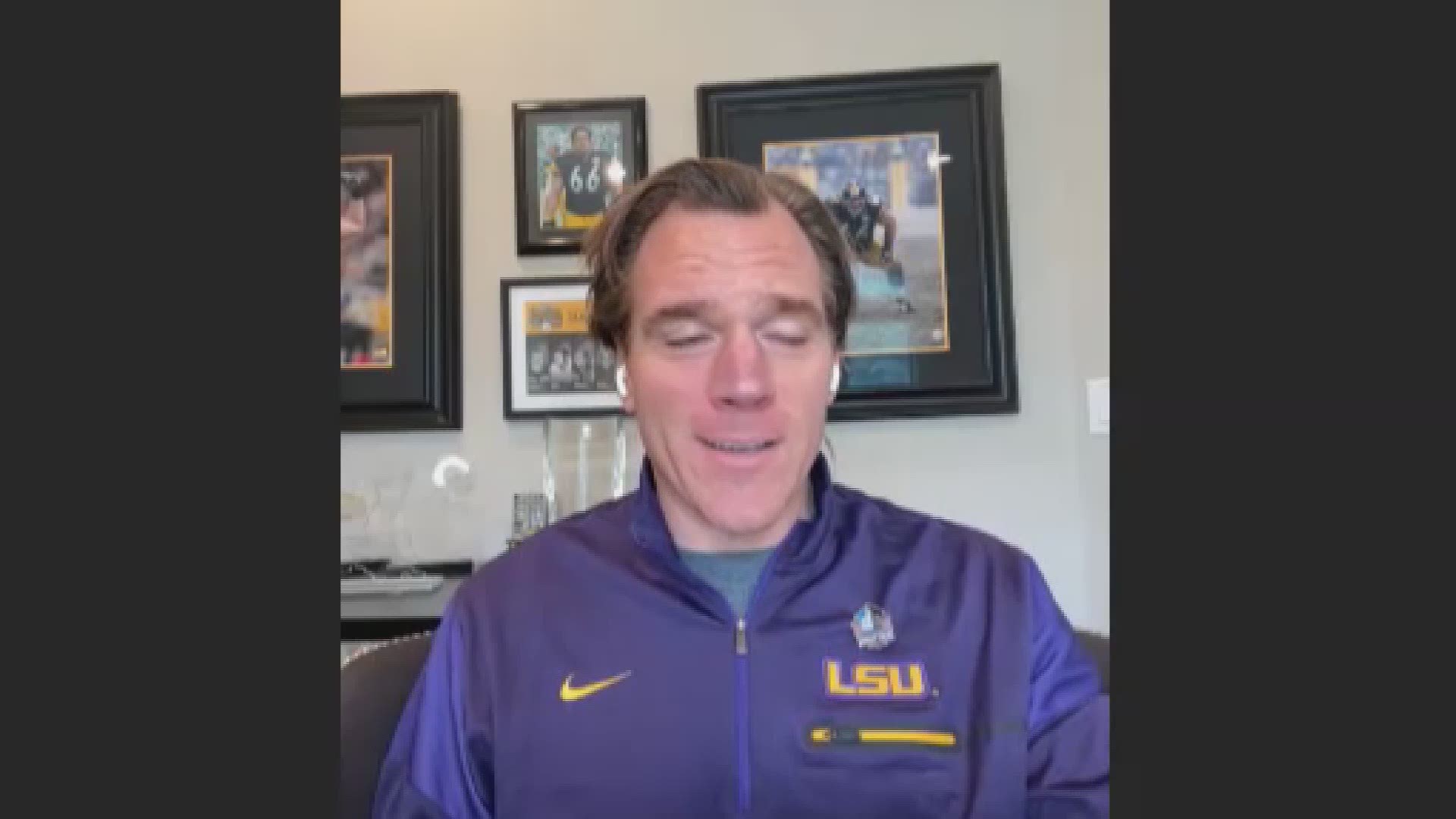 VIRGINIA BEACH, Va. — For 13 years, Alan Faneca was one of the most dominant offensive lineman in the NFL. Now he is being treated as such as over the weekend, the league announced him as part of the newest Hall of Fame class.

The Steelers selected Faneca in the first round of the NFL Draft in 1998 out of LSU. He spent the next 10 years with Pittsburgh as a guard and was part of the Super Bowl champion team in the 2005 season. Faneca was a 9-time Pro Bowler and 6-time All-Pro.

About making the Hall he had this to say, "One of my buddies, he said when he found out  several times, immortality. That's kind of what it is. It's hard to believe. That bronze bust last 40,000 years."

Faneca doesn't hesitate when you ask him his favorite part of being in the NFL for 13 seasons, "The guys in the locker room. Just the camaraderie, the fellowship and going to battle. Playing with those guys and the times, that's what I miss."

.@afan66 is all smiles as he watches video messages sent in by many of his teammates congratulating him on his election to the @ProFootballHOF #PFHOF21 pic.twitter.com/TUcykBsJ9v

Faneca's wife, Julie is from Virginia Beach and went to First Colonial High School. They met at LSU. They have three children and have called Virginia Beach their full-time home for three years.

In his spare time, Faneca is an assistant coach with the Cox High School Falcons football program. That is it's own reward. He says, "I enjoy being around the kids. I enjoy being around the game, teaching guys. That moment when you teach somebody and they don't get it. They're not really understanding it, but the moment that it clicks, that little moment right there and that light goes off, that's a very cool moment."