Always work to be done for Taylor Heinicke

Washington gave the ODU alum a nice contract, but Heinicke still needs to impress to get playing time. 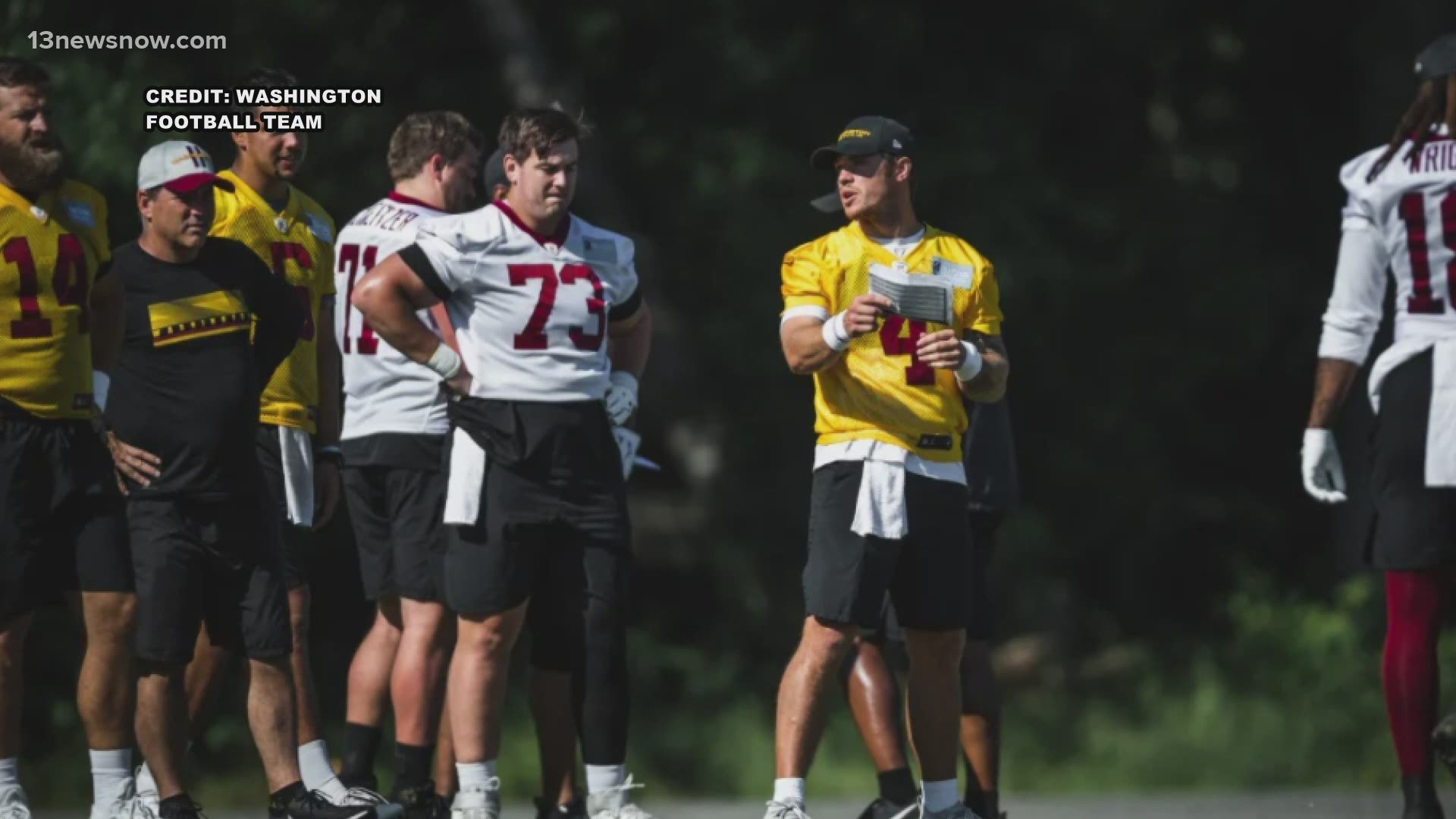 ASHBURN, Va. — For his whole NFL career Taylor Heinicke says he has been fighting and clawing to just get one foot in the door. Things changed after his playoff performance for Washington last season. Heinicke says, "This is the first year where I feel like I kind of have two feet in the door." He adds, that this is not the time to let up, "A two year contract is, I feel like a little sense of security but that doesn't change the way I approach the game or approach practice."

With Washington signing veteran free agent quarterback Ryan Fitzpatrick, Heinicke is still in a position of having to prove himself. He understands one of the issues is being injury prone. He took it upon himself to get bigger and stronger this off season. He put on 15 pounds. He describes it as good weight, "Eating super healthy and just hitting the gym a lot. I just felt like every time I go out on that field for some reason, something happens. That was the biggest point of concern this off season so I feel like I checked that box off."

At the same time, Heinicke feels like he has retained his mobility, "It wasn't like I was just lifting heavy weight and not running as well. I was doing a lot of agility stuff, a lot of footwork stuff. I didn't want to lose that aspect of my game because I know it's a big part of it."