Averaging 20.7 points and 10.5 rebounds in his senior season, Nathan Knight is just the fourth player in CAA history with over 20 points and 10 rebounds per game. 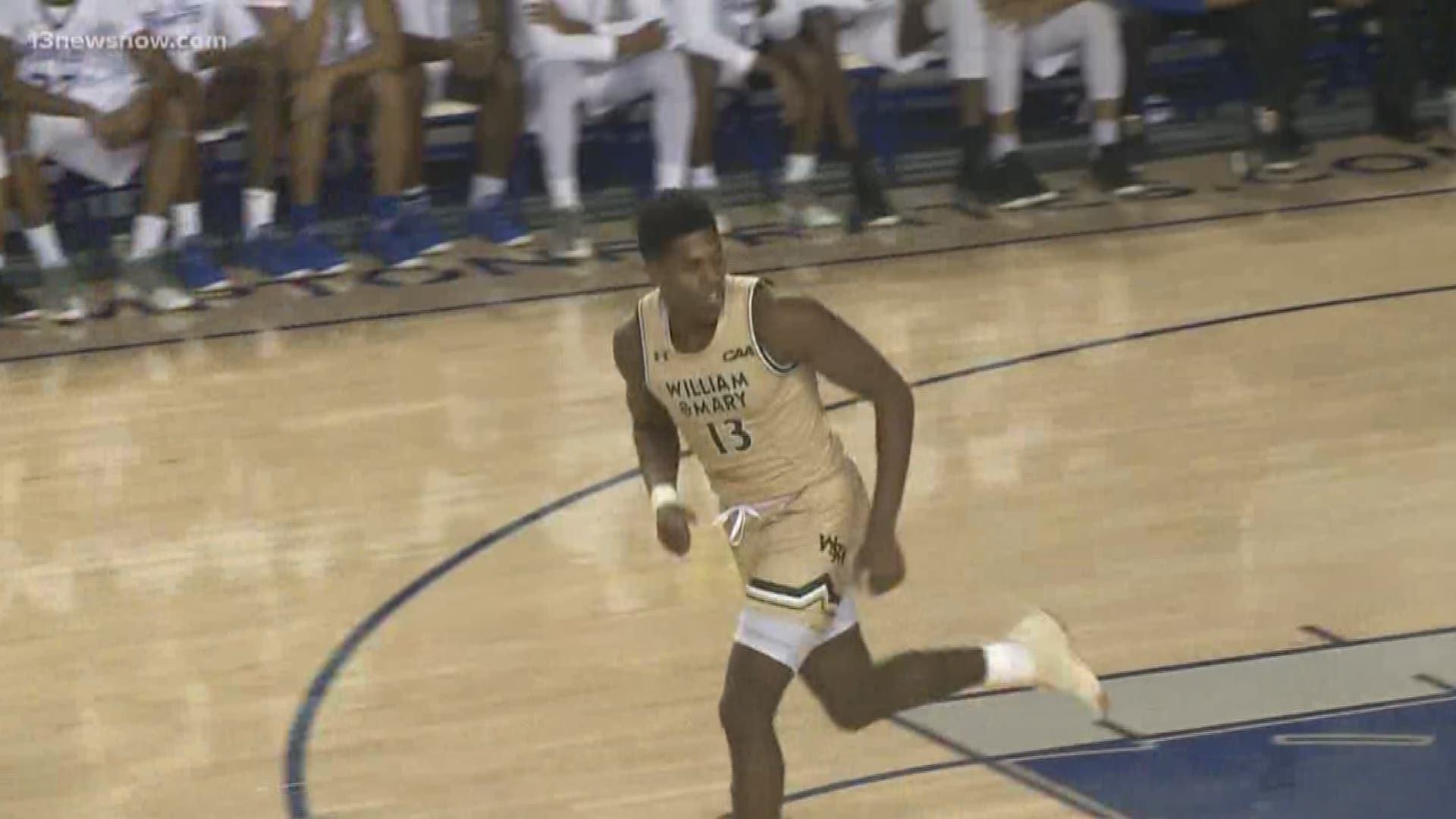 RICHMOND, Va. — William & Mary senior Nathan Knight was named an Honorable Mention All-America by the Associated Press, the organization announced on Friday. The accolade continues a season of awards-gathering for the William & Mary center. Knight became just the second player in Colonial Athletic Association history to be named the CAA Player and Defensive Player of the Year.

Averaging 20.7 points and 10.5 rebounds in his senior season, Knight is just the fourth player in CAA history to post over 20 points and 10 rebounds per game. Knight garnered a spot on the All-CAA First Team for the second year in a row and became just the 15th player in league history to be named to the All-Defensive Team on three occasions. Knight led the country in player efficiency rating (34.9), while ranking second in double-doubles (23).

The senior finished his career with 2,141 points and 964 rebounds, ranking 13th in both categories in CAA history. Knight’s 221 blocks also are ninth in the CAA record book. A finalist for the Kareem Abdul-Jabbar Center of the Year Award for the second straight season, Knight has been honored nationally throughout the season. He was named one of 10 national finalists for the Senior CLASS Award, which recognizes excellence in community, classroom, character, and competition.