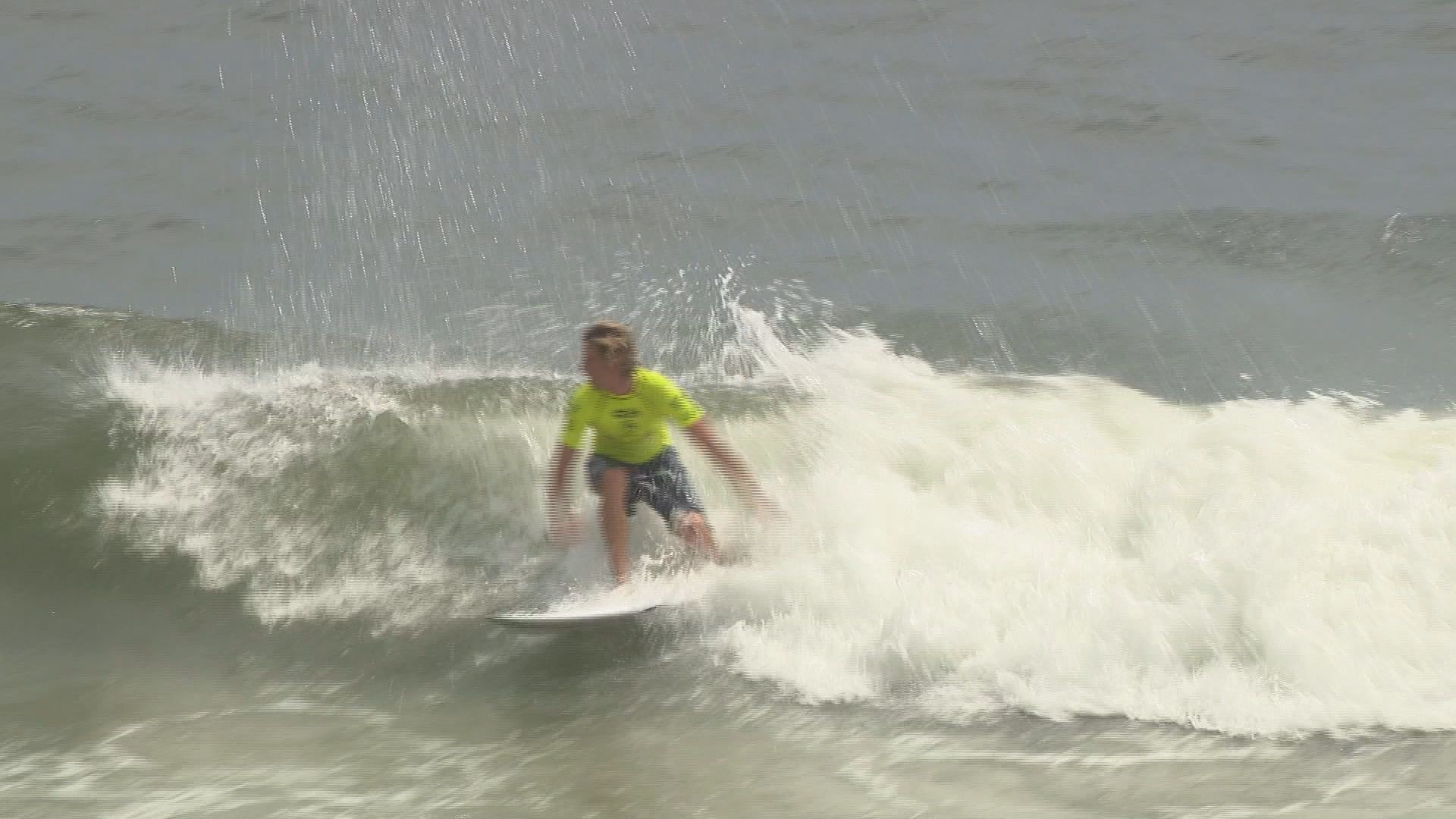 VIRGINIA BEACH, Va. — The final day of the 59th East Coast Surfing Championships had plenty going for it on Sunday. One of them was Story Martinez. A 9 year old from the Pungo section of Virginia Beach. She won six medals that included two first place wins. Martinez more than held her own in which she finished 4th among surfers who were in the 14 to 17 year old range. The eventual winner was 14 year old Sunny Barton also of Virginia Beach who won the Women's Pro final.

Dylan Hoard of Huntington Beach, California captured the Men's Pro final for his first win at the event. No locals were able to advance in the division as Hoard won $2,500. "It feels really good to take a win", he said. "I just decided to have fun and go at it with a mellow mindset."