Meet the new man in charge of Norfolk State football

Dawson Odums takes over the Spartans after a successful run at Southern University. 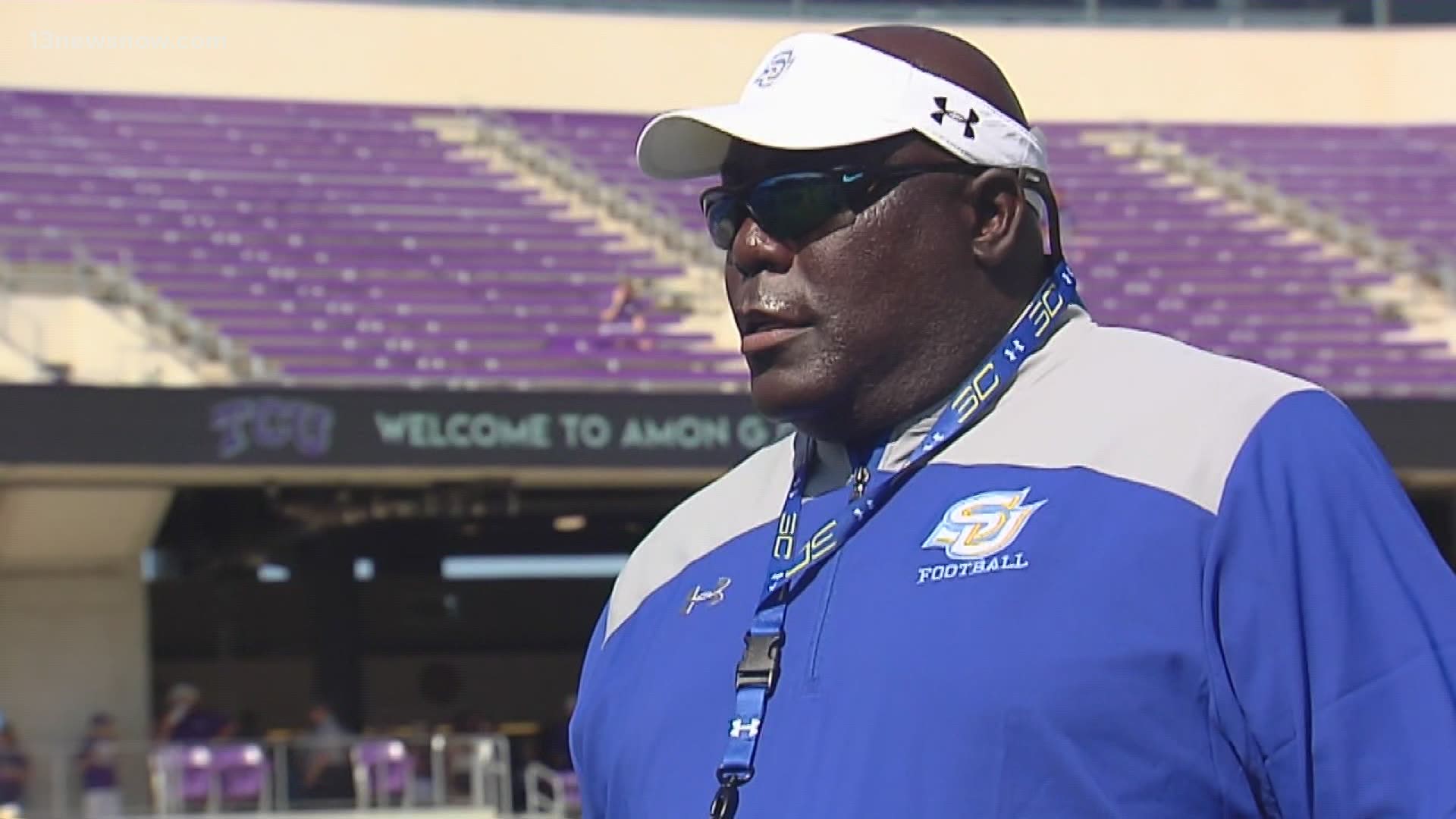 NORFOLK, Va. — Norfolk State's new head football coach has a message for alumni, students and athletes. It goes like this, "You will get the best version of Dawson Odums. You will get a man that's eager to accept the challenge, lead, build."

Odums takes over for the Spartans after a successful run at Southern University. He coached the Jaguars to 4 SWAC championship games in his 9 years at the helm.

Why take the job at Norfolk State. He says he asked himself that question, "When you're a man of faith, you're not afraid of challenges, not afraid to step out. Sometimes your blessing is not where you currently stand but it's in your next destination."

At the heart of that process he puts discipline and attitude. Odums says, "We're about building that mind set and shaping them. There's no such thing as my fault, my bad, I thought, I could, I should've or I can't. Those are all in the family of failure and losing. I live in a family of positivity."