Yes Spartan fans, there will be college basketball

Norfolk State hoops prepares for a season in which they are the favorites to win their division. 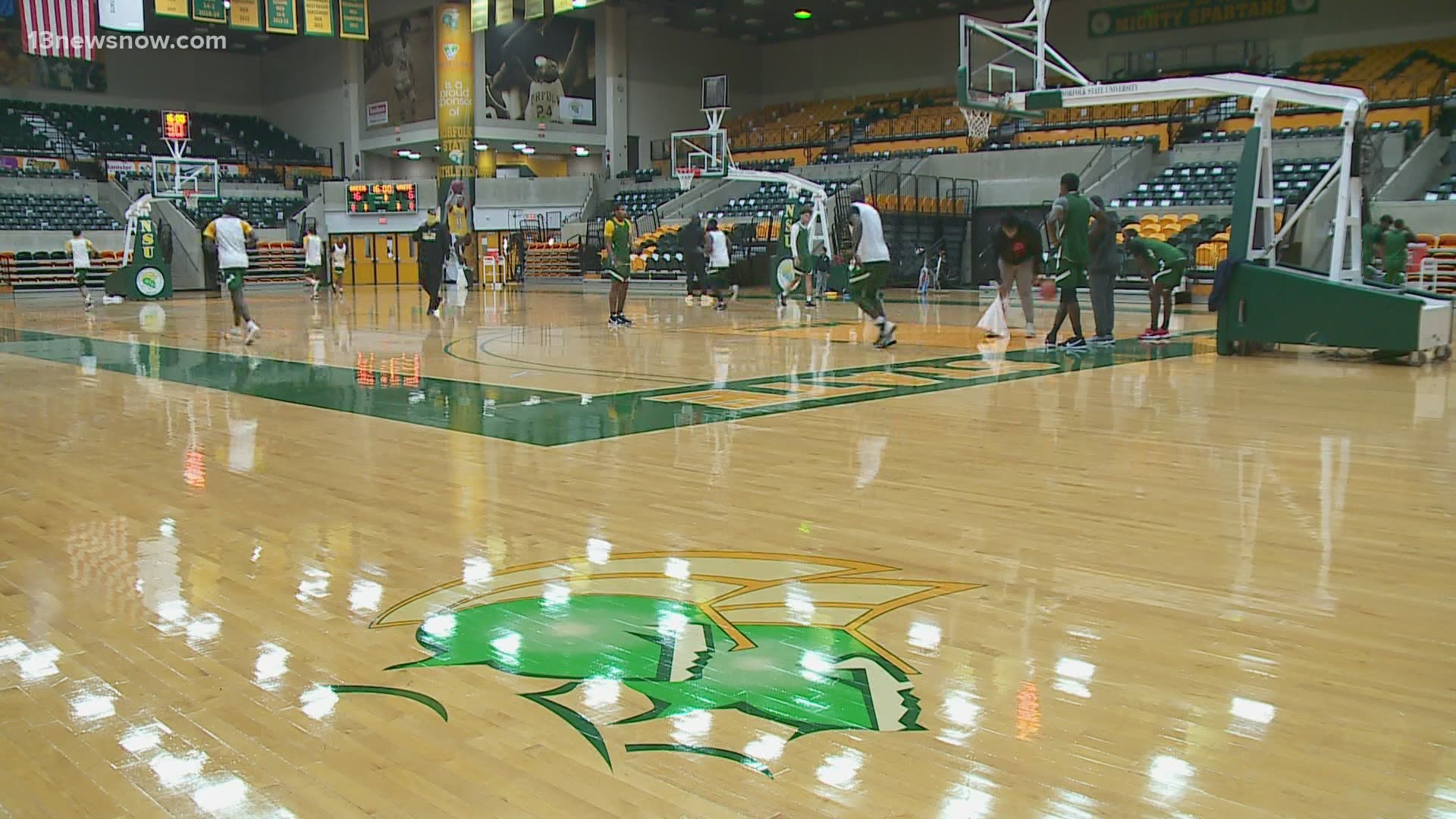 NORFOLK, Va. —  "When the MEAC Tournament was canceled it was like a funeral in that locker room." those words from Norfolk State head basketball coach Robert Jones. He says since then it's been a day to day process.

And so here we are with the Spartans three weeks into preseason practice. They are the preseason pick by conference coaches to win the MEAC North division in 2020-21. About that, Jones had this to say. "I can see why we might be picked first. We have 10 guys returning, but we did lose a guy who was averaging 18 points a game in conference and another guy who was a 2 year all MEAC player in conference. So, I guess it's a sign of respect."

Strange as it may sound, NSU may have an advantage over the competition is these pandemic times. That's because they return so many players. Jones again, "It's not like last year. Last year we had 10 new guys. If that was during this Covid time than everybody say a prayer for me. We have 10 guys coming back. A lot of the stuff we're doing right now is like a refresher course."

The Spartans will play 16 conference games all within their North Division. That starts the first week of January. The non-conference schedule will be released shortly. We know one of those games will be against ODU at Echols Hall on December 2.