The Norfolk native helped organized a rally to raise awareness of Black issues. 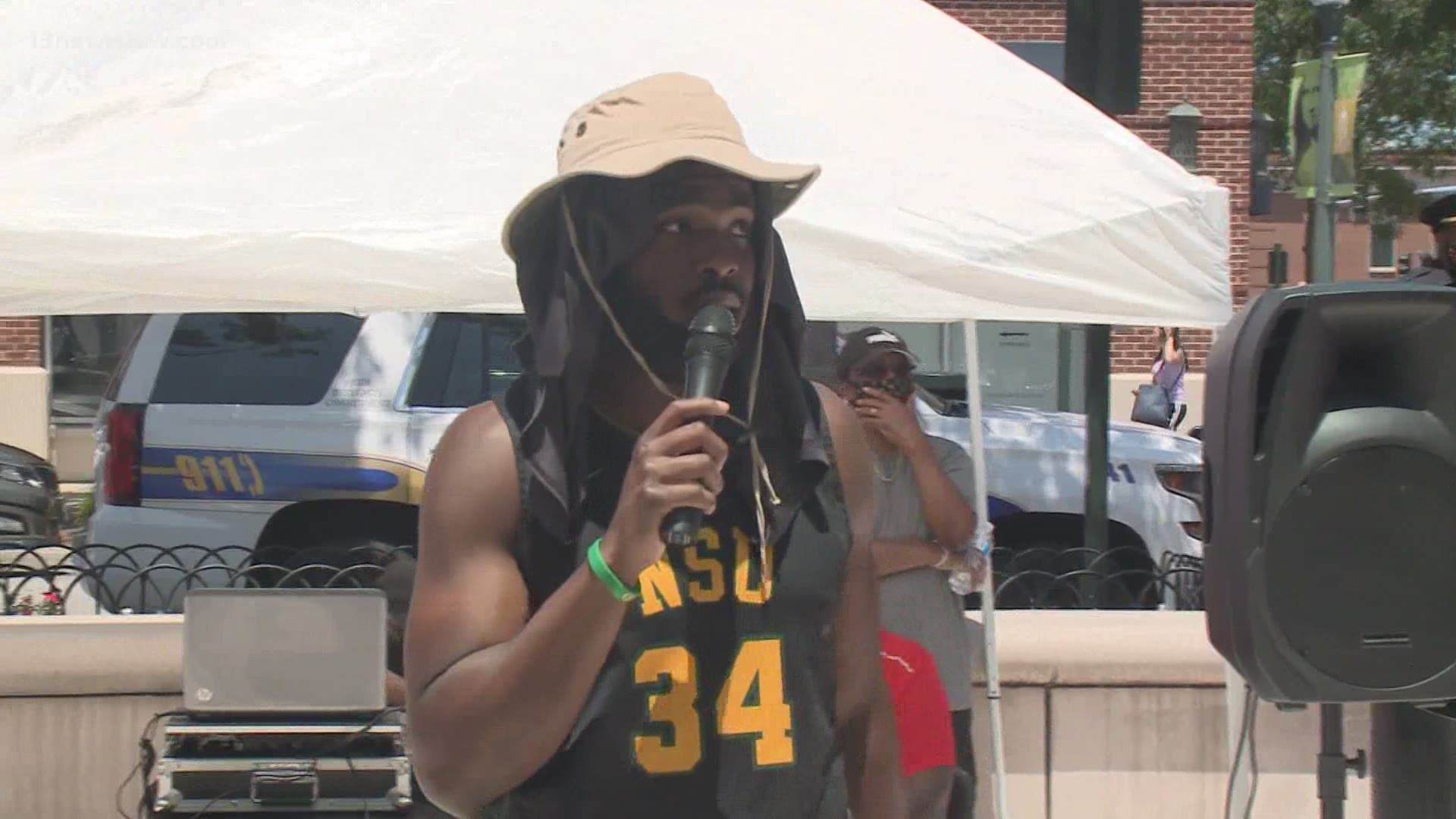 VIRGINIA BEACH, Va. — Steven Whitley gathered with some teammates at Virginia Beach's Town Center on Saturday.  It was similar during his time on the hardwood as a Norfolk State Spartan basketball player, but this time it was much different. The Norfolk native helped organized a rally to raise awareness of Black issues, including the police brutality that sparked recent protests across the nation. The most notable was the death of George Floyd by Minneapolis, Minnesota police nearly 2 months ago. "When I look at George Floyd, I thought about my father", he said. "When I think about George Floyd, I thought about my brother". Corey Turner, another one of the co-organizers, said Whitley was their first choice. "He was a guy that just graduated. He's a known guy. He's a community guy", he said.

Around 60 men, women and children were attendance at the rally as they walked around Town Center at times chanting "No Justice, No Peace". When Whitley transferred to NSU, he never envisioned where he'd be now as an activist. He wanted those at the evvent to come away inspired and wanting to make a difference. "I want people to be able to feel how I'm feeling and by the time they leave, they understand. It's a call to action."