ODU's Fulgham drafted by the Lions

Wide receiver, Travis Fulgham becomes the 2nd Monarch player taken ever taken NFL Draft when he was selected in the 6th round by the Detroit Lions. 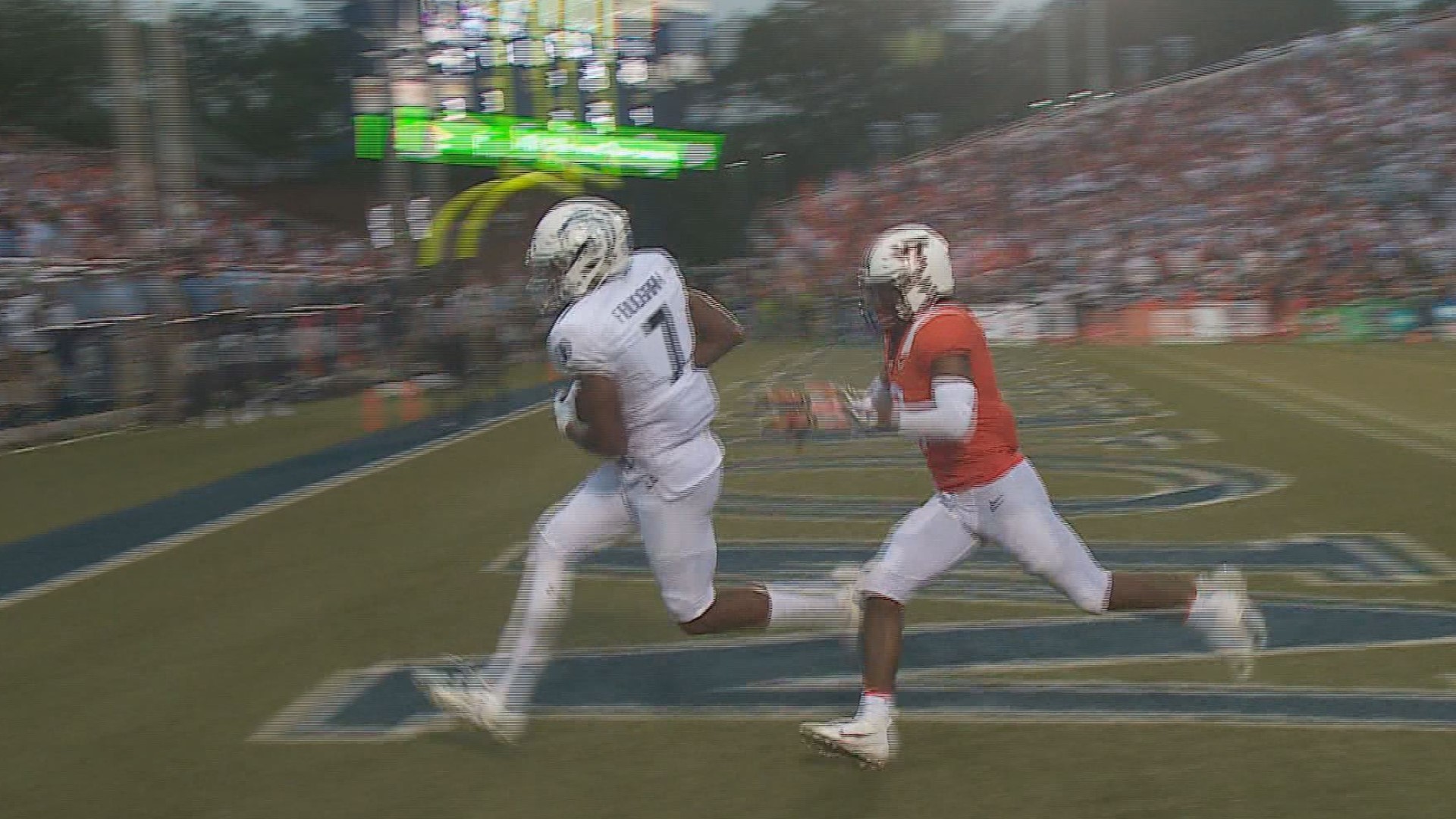 NASHVILLE, Tenn. — Old Dominion University football wide receiver was drafted in the sixth round, No. 184 overall by the Detroit Lions on Saturday.

Fulgham becomes the second Monarch to be taken in the NFL Draft, joining Oshane Ximines who was taken in the third round on Friday. “We are so very proud of Travis. He deserves the opportunity to play in the NFL through hard work and dedication,” ODU Head Coach Bobby Wilder said. “He improved every year, has a tremendous work ethic, and is a great teammate. The Lions will be pleased with the overall value he brings to the organization.”

Fulgham, a former walk-on, led Conference USA this season with 1,083 receiving yards and a 17.2 yards per catch. He finished the season with an FBS best nine-straight games with a touchdown. He finished the year with a career-best 63 catches, and tied his single-game high twice, with 10 catches apiece against Florida Atlantic and Middle Tennessee. He registered a career-best 215-yards in the game against Middle Tennessee.

A native of Ashburn, Virginia, Fulgham concluded his ODU career with 128 receptions, good for seventh in the ODU record books and recorded 2,044 yards, sixth most in school history and 18 touchdowns.