Redskins Rivera to support his players who protest during national anthem

The Redskins head coach wants to help make a difference in what he calls "actionable change". 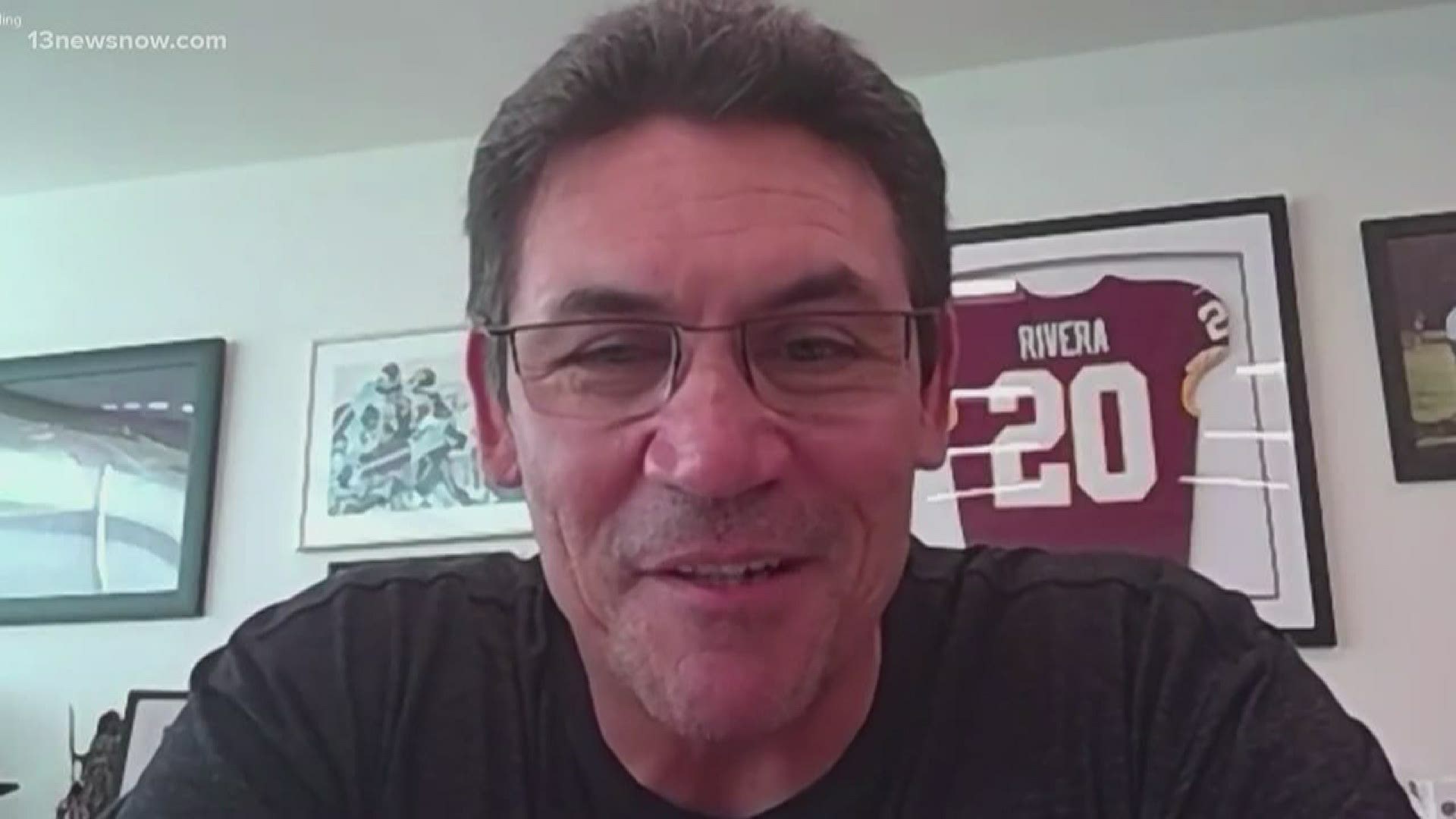 ASHBURN, Va. — One thing you can say about new Redskins head coach, Ron Rivera is that he's very thorough. At a virtual press conference on Wednesday, he said he would support his players who would choose to protest during the national anthem.  Rivera condemned the killing of George Floyd by four fired Minneapolis, Minnesota police officers and nationwide racial injustice. He also did some research of his own by re-reading the U.S. Constitution, the Bill Of Rights, the amendments, and the president's oath of office. "We really tried to think this out and make sure we have an actual plan. Not just talking about it, but wanted to show we're committed to actual change", he says.

Rivera first spoke with his team, then African American workers with the club, community leaders and owner, Daniel Snyder who donated $250,000 to help start programs striving towards racial quality.

He's most proudest of two of his own players. Rookie defensive lineman, Chase Young and quarterback, Dwayne Haskins both attended this past weekend's protest from Washington, D.C. "I feel like everybody in this day and age of just talking", says Haskins. "I wanted to go down there and be apart of the difference." His coach is quite impressed with Haskins growth as a player and person. "It's one of those things he's taken to what he and I talk about to heart and I really do appreciate it because he shows maturity."