The Paralympic fencer's long journey takes her to the Olympics 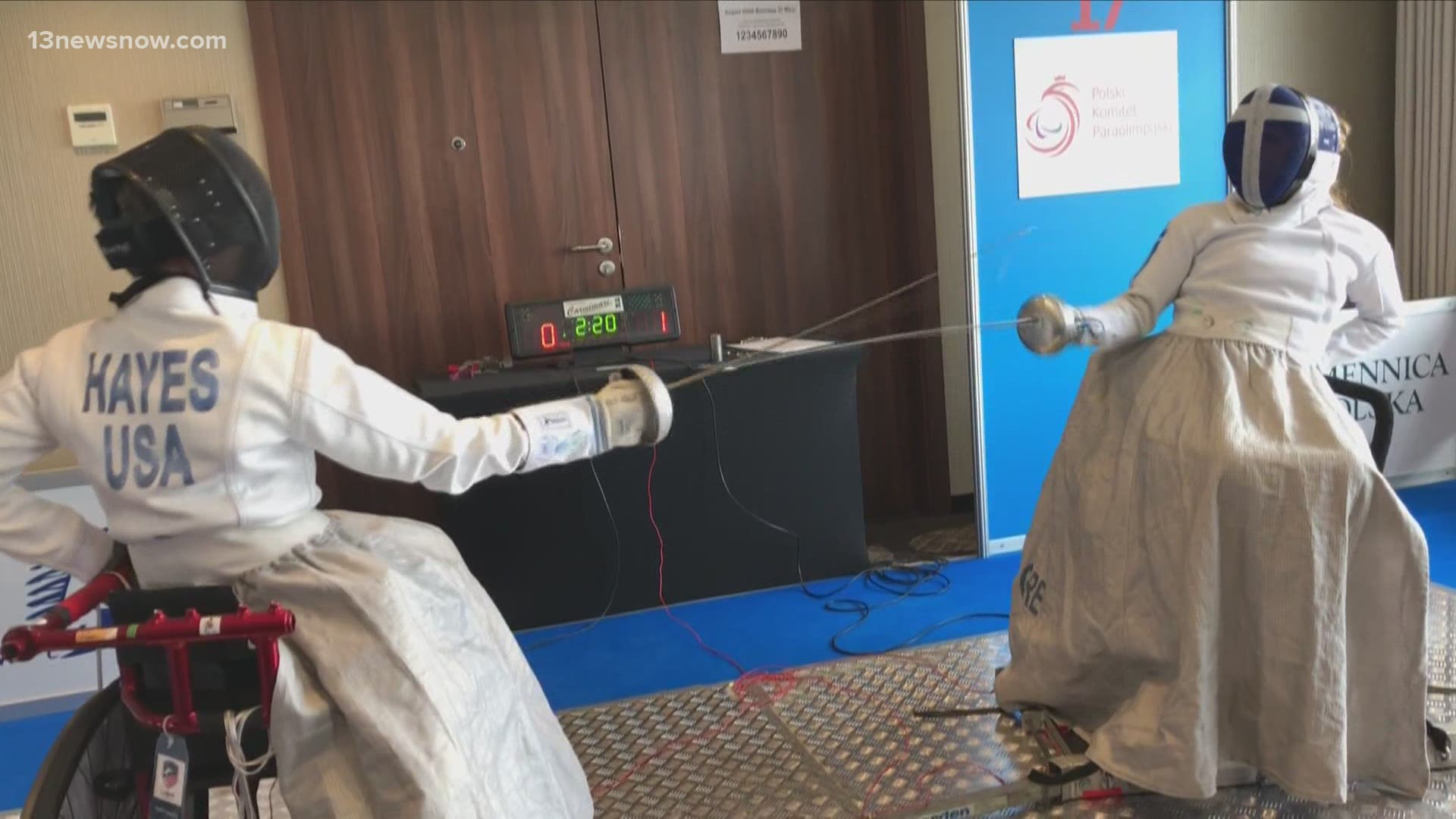 Terry Hayes is a perfectionist.

Terry Hayes is a competitor.

"In pretty much everything I do. I have an identical twin sister so there were always two in the race for everything."

Terry Hayes is an athlete.

"I played competitive softball. I did speed walking, I ran a marathon. I also played lacrosse at ODU."

"I love the children, I love being around them. I looked forward to school every morning. I was there before the janitor."

A loving spouse to wife Freda.

"We've been together for 22 years, we met at a church in Norfolk. We do everything together. I couldn't ask for a better wife I just couldn't."

It is because of all these things, that Terry Hayes is a Paralympian on the US Fencing team heading to the Tokyo Paralympics in August.

"Amazing, unreal, exciting, nervous, everything all in one big bundle all the time," she said, wide eyed, each emotion coming through her glasses.

The Tidewater Community College and Old Dominion University graduate was diagnosed with a degenerative brain disorder in 2012.

"I asked is this gonna kill me? She said no, but it's going to make your life miserable."

The competitor refused to give up being active, the perfectionist refused to lose, the athlete became a world class fencer, the special education teacher leaned on old lessons once meant for her students.

"I remember techniques I taught my students about how to move around in the world," she says, "I thought if my 2-5 year olds can figure this out then it give me hope to figure it out too."

And Terry the wife had someone by her side every step of the way.

"I can't drive so she drives me to every one of my lessons, she helps me get dressed. She knows as much about fencing as I do at this point, she's done everything but fence."

Everything about Terry Hayes has led from a doctors office to Tokyo.