Donald Hand Jr. is a star for Landstown HS Class of 2022 and ESPN's #81 ranked basketball player 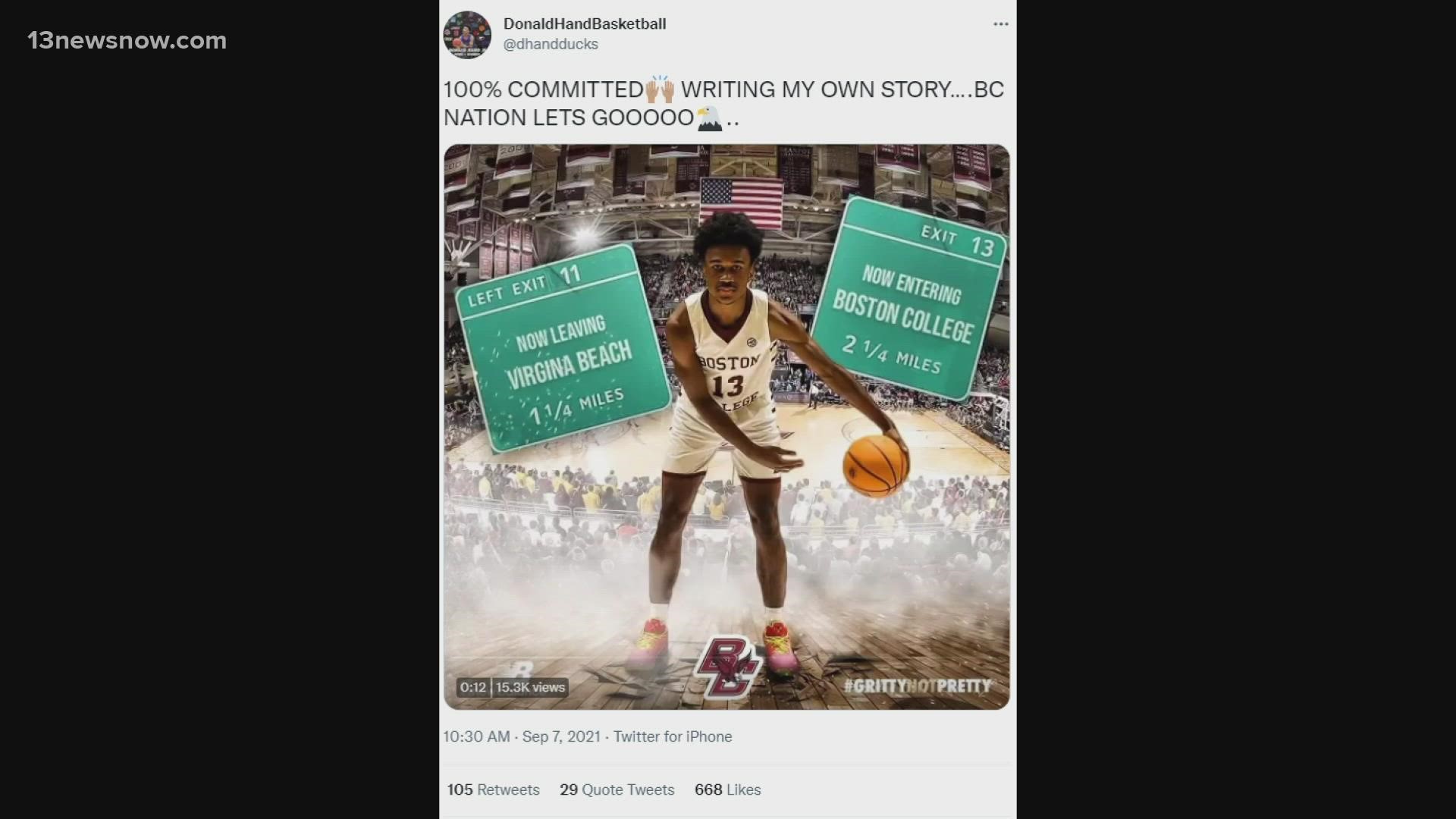 VIRGINIA BEACH, Va. — Donald Hand Jr. is going to be playing his college basketball in the ACC. Instead of heading south to Tobacco Road or west to keep it in-state, Hand is headed north to Boston College.

Hand chose B.C. over schools like North Carolina State, Clemson and ODU who had all been on his final list.

Check out the ESPN national rankings and you will find Hand Jr. as the #81 ranked basketballer in the country. He is a 4-star prospect as a 6'5" guard.

Last season Hand average just short of 33 points per game for Landstown High School. His high point and low point came in the same game when he scored 43 points in the state semifinal game. However, the Eagles lost to Potomac to end their season.

Hand, Class of 2022 at Landstown comes from good basketball stock. His father is high in the record books in several categories for the University of Virginia. His stepfather, Dwight Robinson is his coach at Landstown.