Hokies who? The Cavaliers fought back in the fourth quarter to reclaim their early lead and take home the win! 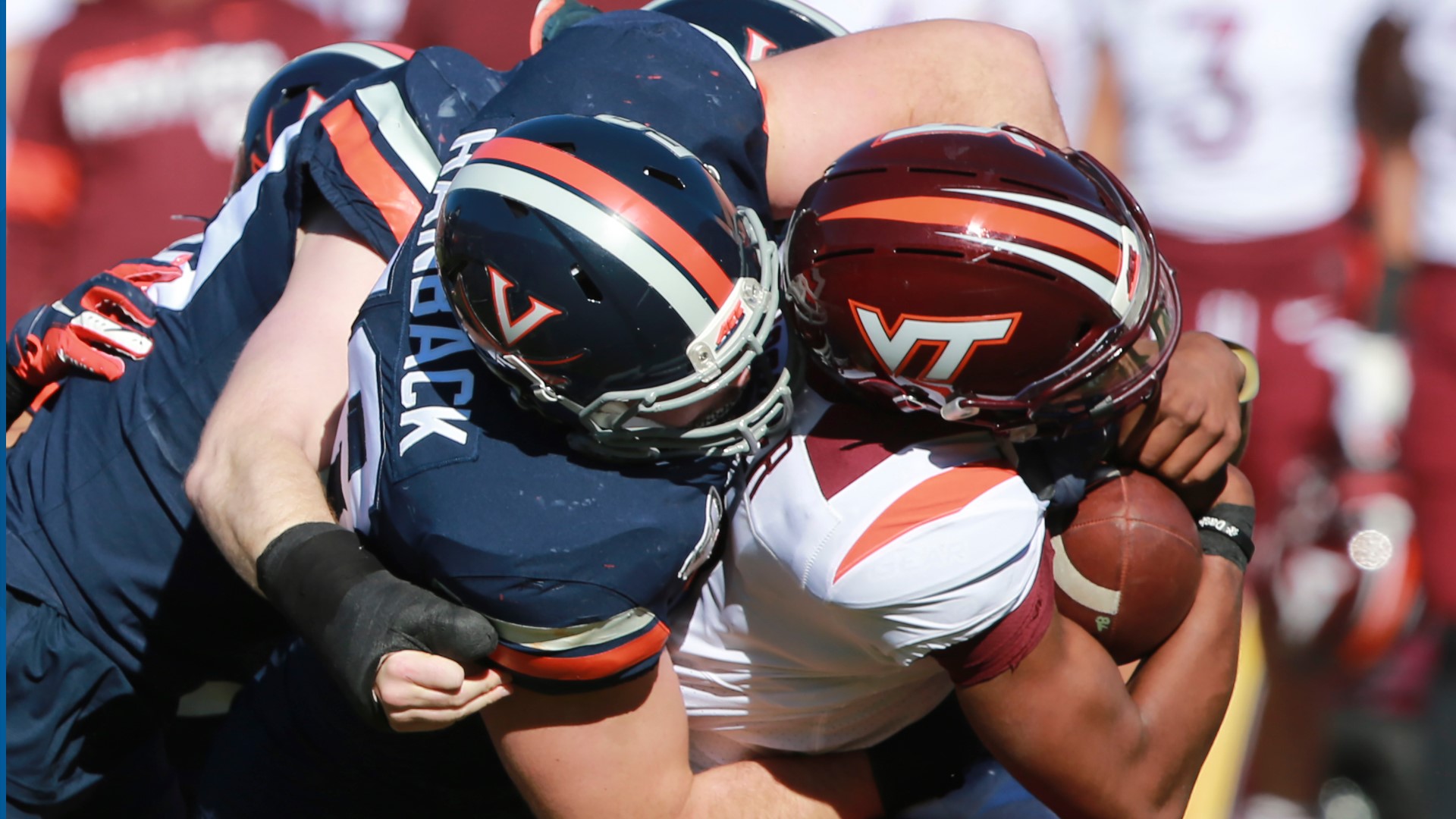 CHARLOTTESVILLE, Va. — It was a hard-fought battle, but the Cavaliers took home the win 39-30 and snapped their 15 game losing streak against their rival.

The Cavaliers took the lead early on a 39-yard rushing touchdown by Bryce Perkins, but Brian Delaney missed the extra point. The Hokies responded with a 21-yard field by Brian Johnson.

Perkins scored a 67-yard rushing touchdown before the end of the first quarter and Delaney's extra point attempt was successful to put the Cavaliers up 13-3.

Before the first half ended, Johnson made another successful field goal to put the Hokies within 7 by the end of the half.

The Hokies tied the game, 13-13, in the beginning of the second half on a 34-yard rushing touchdown by Hendon Hooker, Johnson's extra point attempt was good.

The Hokies took their first lead of the game going up 20-13 on a Deshawn McClease one-yard rushing touchdown and a successful extra point before University of Virginia tied it back up with Billy Kemp IV's 25-yard receiving from Perkins and a successful kick by Delaney.

Virginia Tech took a 27-20 lead before the end of the third quarter when Tre Turner scored on a 61-yard pass from Hooker.

Then it was a back-and-forth battle through the fourth quarter.

The Cavaliers tied it up at 27 on a two-yard rushing touchdown by Wayne Tualapapa and a Delaney extra point.

The final scoring drive for the Hokies would end on a 47-yard field goal by Johnson.

University of Virginia then went on to score 12 unanswered points.

The Cavaliers sealed their win with 1:01 left on the clock when Eli Hanback made a short fumble return. UVA attempted a two-point conversion, but it failed.