The Commonwealth Clash scheduled for September 19th was postponed due to coronavirus issues at Virginia Tech. 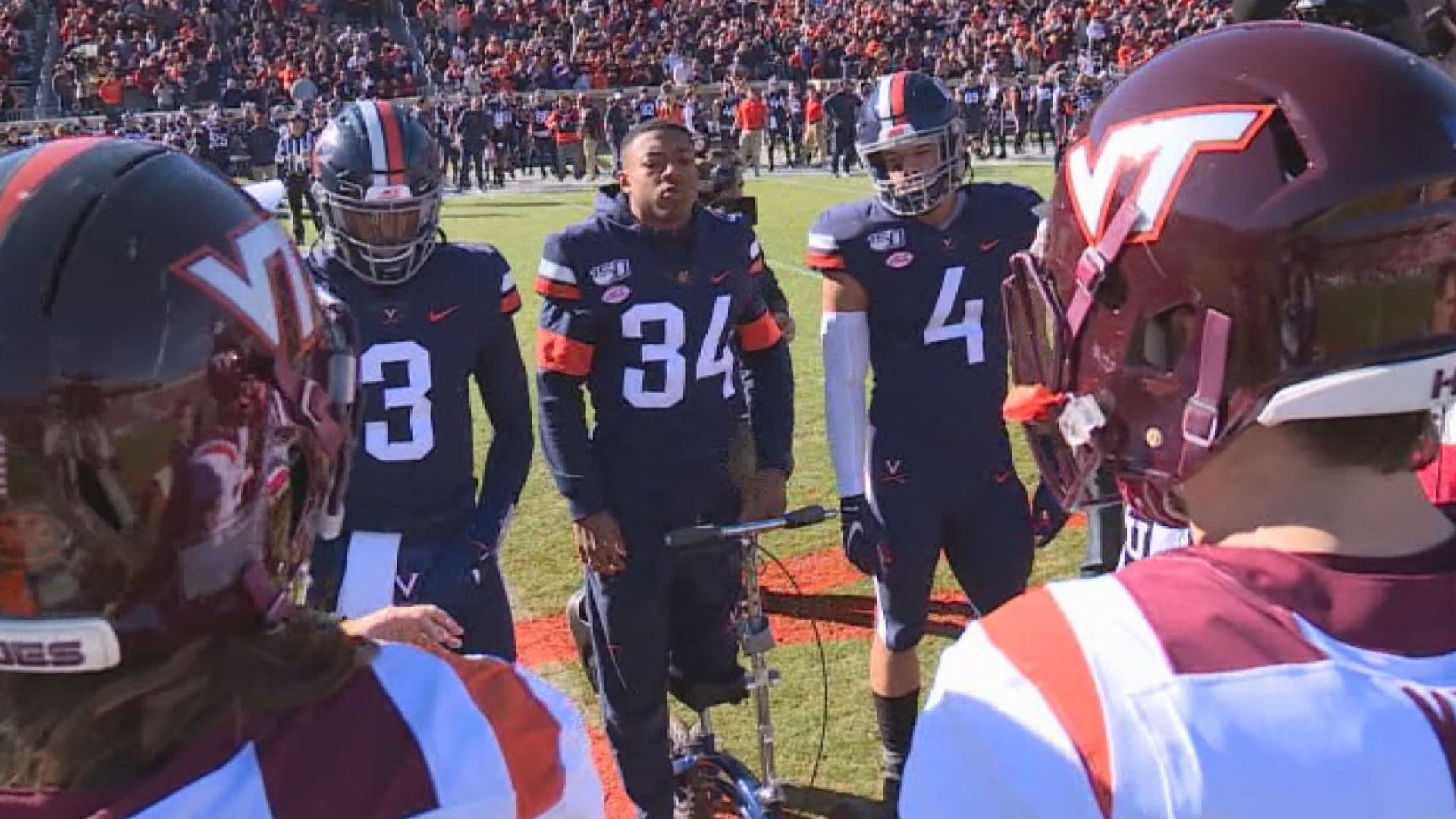 BLACKSBURG, Virginia — The annual Commonwealth Clash between archrivals Virginia and Virginia Tech has been postponed because of "Covid-19 issues" on the Virginia Tech campus according to the school on Saturday. It was expected to be the season opener for the Hokies. UVA Athletic Director, Carla Williams said in a statement on Friday she was contacted by Tech officials about the possibility of moving the game to a later date. The game was scheduled for September 19th in Blacksburg. No makeup date has been set by the schools.

Virginia Tech Athletic Director, Whit Babcock said in a statement, "The safety, as well as the physical and mental well-being of these young men and women entrusted to our care by their families remains our top priority." The Hokies will pause its football practices for four days.  The Blacksburg area has seen a recent rise in student body and employees in positive cases. Tech's next game is September 26th at home against North Carolina State.