Former CHKD patient David Carey is the inspiration behind a first-of-its-kind robot in development by engineers at Old Dominion University. 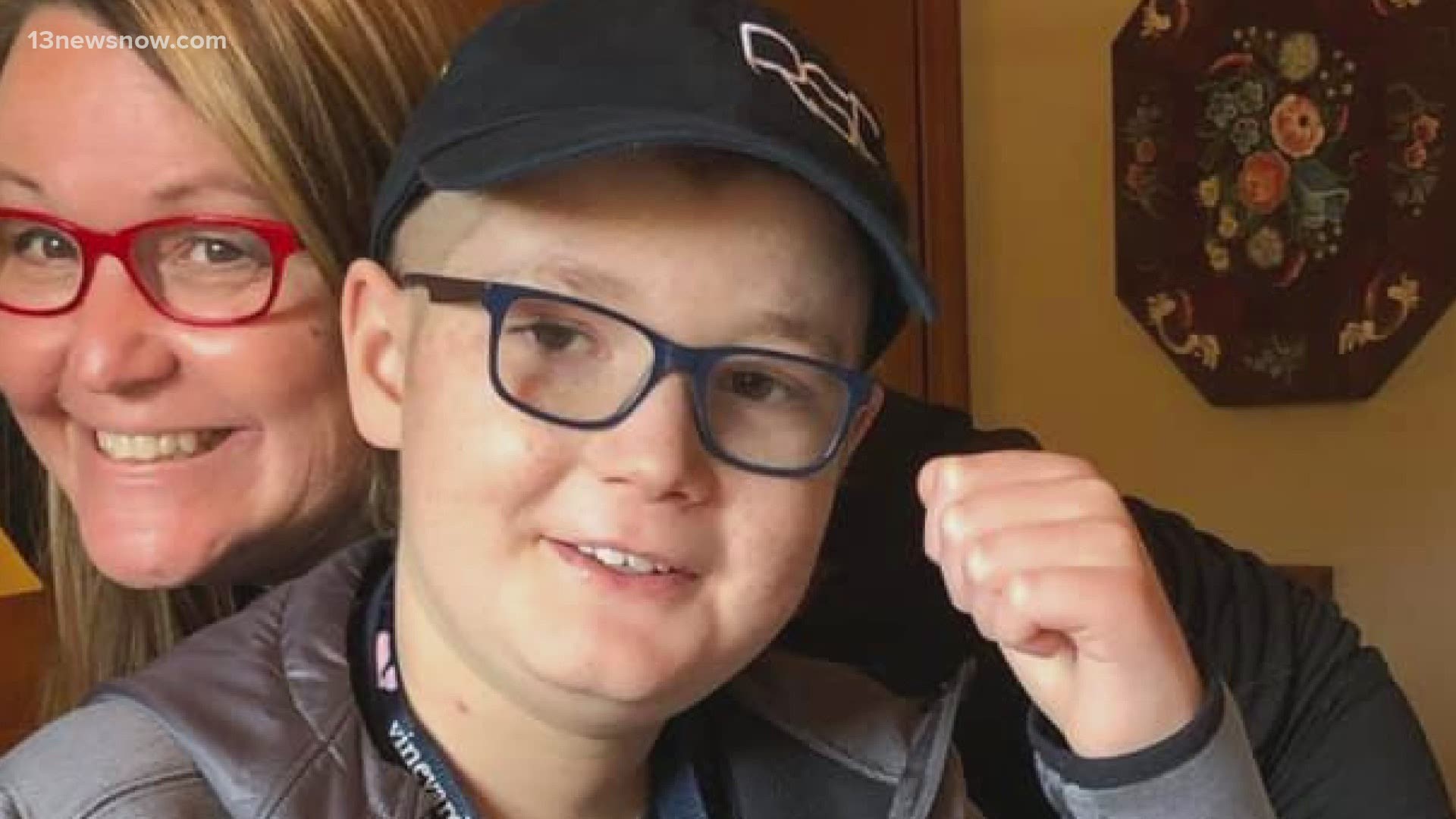 NORFOLK, Va. — Heart isn’t something we typically associate with robots.

But it’s exactly what Dr. Tina Gustin was searching for when she started David’s Project.

Gustin is a former oncology nurse and the current co-director of ODU’s Center for Telehealth Innovation, Education and Research (C-TIER). Part of her job is working with telehealth robots.

During one of those sessions with a young patient named David Carey, the inspiration for a career-defining idea was born.

“I’ll never forget when I told [David’s father] about this robot,” said Gustin.

Gustin had been testing a telehealth robot model at ODU’s Higher Education Center in Virginia Beach. After mentioning her work to David’s father Michael, he suggested younger patients, like his son, could benefit by having access to the technology - something that would allow him to communicate with other patients without having to leave his hospital bed.

“He had very little social interaction with children because he was on contact protocol for so long,” said Michael Carey.

Shortly after that, Gustin made another trip to CHKD, swapping out Dharma for the telehealth robot.

“It went very well, but we realized there were things it couldn’t do,” said Gustin.

“Nothing motivates you as an engineer like knowing exactly how something will make other people feel better,” said Papelis.

After receiving a grant from the Governor’s office, the team at VMASC is now building the first telehealth robot designed for children.

Gustin even went to students at the Governor’s School For the Arts to draw inspiration for how the robot should look and function.

The team will use a combination of student drawings as a blueprint for its design.

It’s a project that David won’t get to see.

He lost his long battle with Leukemia in 2019.

But the legacy he leaves behind will help a lot of children in the future.

That legacy isn’t just the robot, but the love, and heart, it will soon carry to every patient it visits.