The Colorado State University forecast for 2021 calls for an active season, with 17 named tropical storms, and eight of them possibly becoming hurricanes. 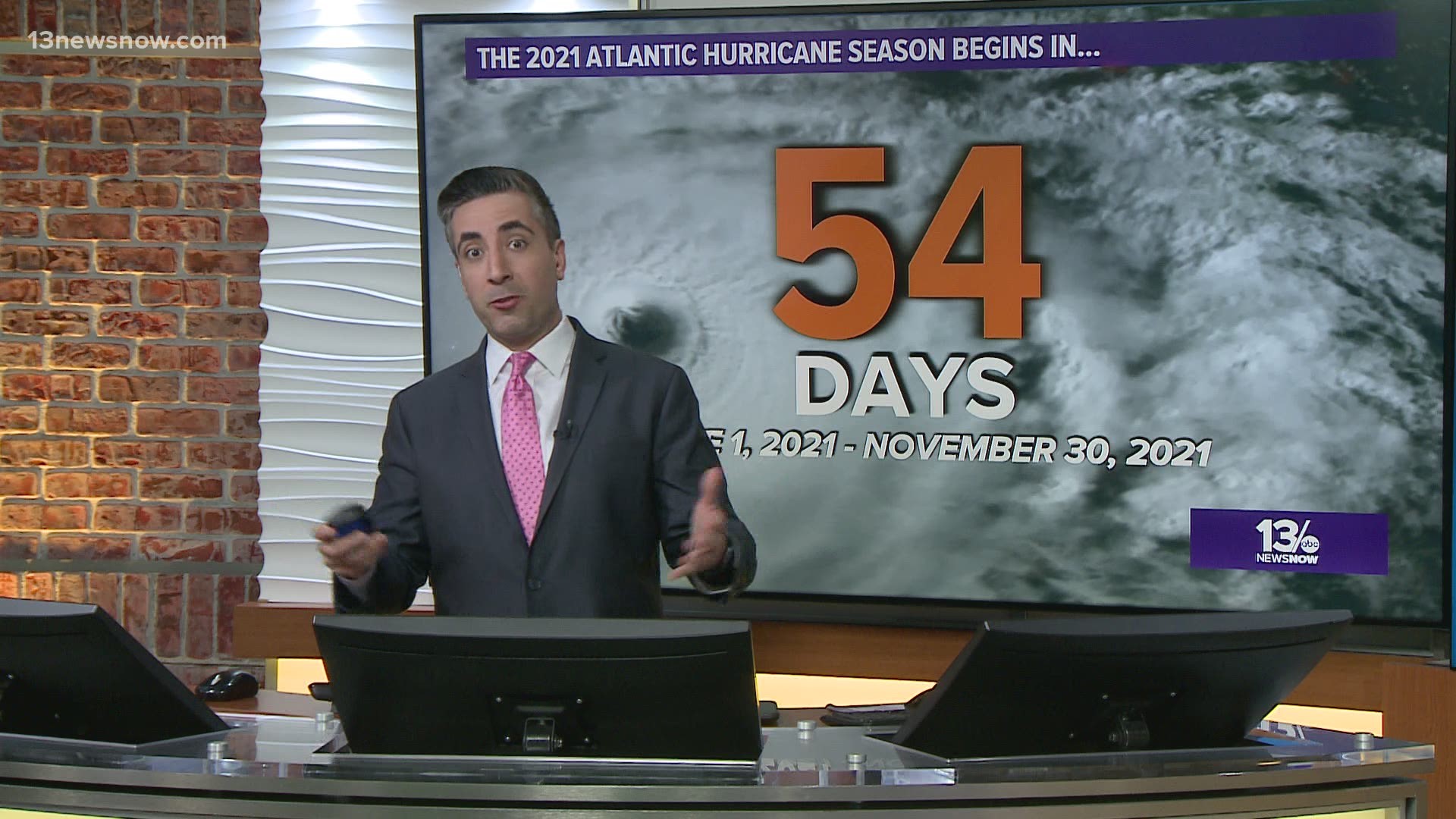 The National Hurricane Center determines a storm's danger potential by assigning a category to the storm between 1 and 5, based on the Saffir-Simpson Hurricane Wind Scale, which estimates potential property damage based on the storm's sustained wind speed.

Hurricanes above a Category 3 are considered major hurricanes because of their potential for devastating damage, according to the NHC.

Dr. Philip Klotzbach, the hurricane specialist at CSU, presented the forecast Thursday during the National Tropical Weather Conference. Klotzbach said the primary reason for the above-average forecast is based on a predicted lack of El Niño to induce wind shear inhibiting tropical cyclones and a warmer than normal subtropical Atlantic.

Regardless of how many storms develop, it only takes one storm to make the season “active” for any community that gets hit. Hurricane season runs from June 1 to November 30. Routine outlooks at the National Hurricane Center will begin May 15th, which is new this year.

Peak hurricane season runs from August through early October when the ocean waters are typically at their warmest.

Learn more about preparing for hurricane season at the 10 Tampa Bay Hurricane Headquarters.