Here's when you'll see the partial solar eclipse in Virginia

Hint: You'll want to get up early on Thursday, June 10 to see this unique event. 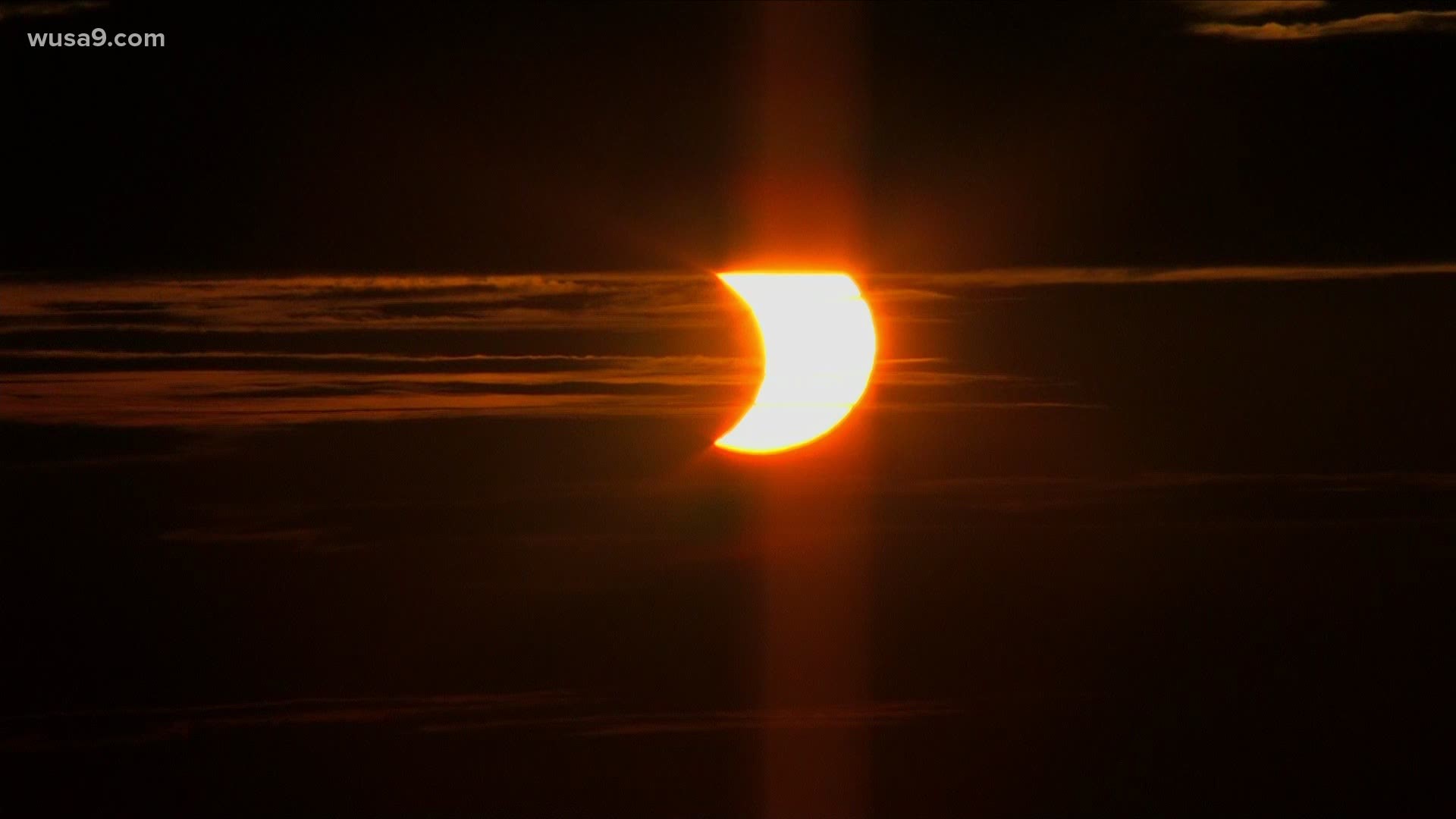 WASHINGTON — On Thursday, June 10, much of North America -- including the D.C. region saw a brief view of a partial solar eclipse. This unique event occurs when the moon moves between the Earth and Sun, and the moon only blocks part of the sun.

Washington, D.C. is not in the path of totality for this solar eclipse, making it a partial solar eclipse. However, parts of Canada and the Arctic will be directly under the shadow of the moon. For those regions this will be an annular eclipse, because the moon is at its farthest point from the Earth, making it appear smaller, and therefore casting a smaller shadow. For those in the total eclipse area the moon will appear much smaller than the sun, leaving a bright ring around the moon during totality.

You’ll have to start your day early to catch this brief event in D.C. though.

If the weather cooperates, we’ll see the moon partially block the sun starting at 5:42 a.m., which is also sunrise. But the true start of the eclipse occurs much earlier. The eclipse peaks just after sunrise and it will end at 6:29 a.m.

In the D.C. metro region, you'll see the sun resembling a crescent just after sunrise, with the sun gradually returning to a full circle by 6:30 a.m.

NASA put out a reminder, saying it is never safe to look directly at the sun during an eclipse, whether partial or full. The best way to view the eclipse is through solar viewing or special eclipse glasses. If you don't have access to either, you can find instructions on how to create a pinhole project here.

If you can safely get photos or video of the event make sure you send them our way. Check out the near me section of the WUSA 9 app to send us your pics.

RELATED: Here's how to share news you see through the WUSA9 app