"Something in the Water" had to skip a year because of coronavirus. We're enjoying a look back at the first one.

Pharrell's big music festival in Virginia Beach was supposed to expand to a weeklong celebration. Because of COVID-19, it couldn't. Here's some of the fun from 2019. 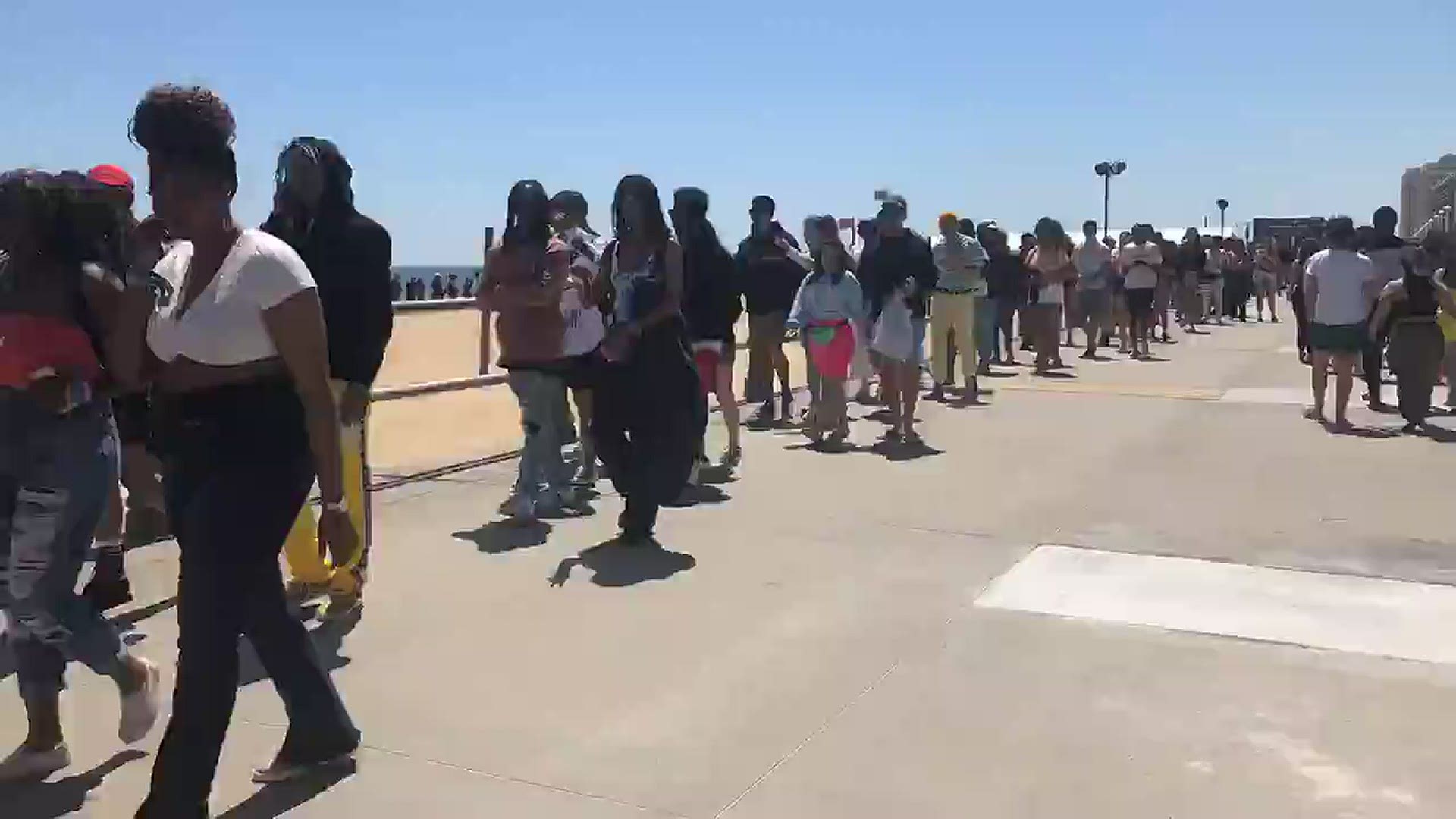 VIRGINIA BEACH, Va. — When Pharrell Williams talked about bringing a major music festival to his hometown of Virginia Beach in 2019, there was a lot of hope it would be successful, and, boy, was it.

People who attended any part of Something in the Water loved it, and it proved to be a great time to celebrate Virginia Beach and Hampton Roads as a whole.

For a major music festival, you need major names, and the lineup included artists such as Travis Scott, Pusha T, and SZA.

Performers, including Tyler the Creator, Snoop Dogg, and Charlie Wilson took the stage with Pharrell during a set at the Oceanfront. There were rumors that all different artists were in town, too. Let's not forget all those Jay-Z and Beyoncé sightings that took place across Hampton Roads (wink, wink).

What was really great was when Jay-Z (yes, the real, live one) actually showed up to perform with Pharrell. The crowd that night went particularly crazy for the surprise appearance.

RELATED: Jay-Z makes surprise appearance on stage at 'Something in the Water'

Besides performances, there were other activities for people to enjoy. The crowds during the daytime hours included families, and the crowds were everywhere you looked.

With terrific weather most of the time (we know, Friday night wound up being a washout), there were plenty of opportunities to do some people watching. If you know you're being watched, you want to look your best. Some people steered into that line of thinking.

PHOTOS: Something in the Water festival attire

RELATED: Sign language interpreters at Something in the Water steal the show

There were a lot of smiling faces that weekend, and before things wrapped up, we got a chance to talk to the face of #SITWfest Pharrell.

RELATED: Day 2: What people at 'Something in the Water' are posting on social media

RELATED: Day 3: What people at 'Something in the Water' are posting on social media