Evie Odom never had the opportunity to compete in her favorite sport as a kid, so she's fighting to keep the dream alive for the next generation of female athletes. 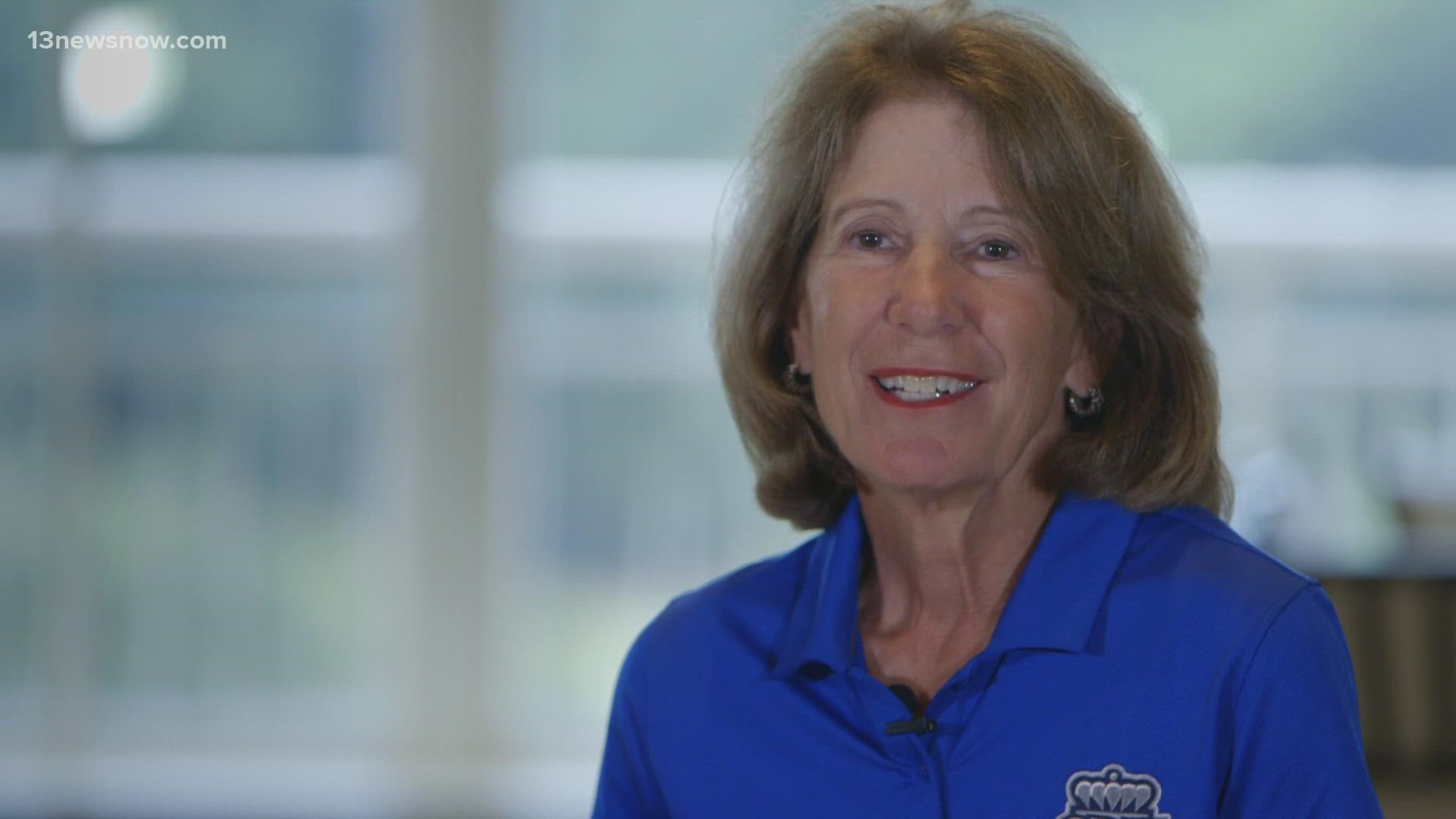 NORFOLK, Va. — A natural athlete, Evie Odom was always drawn to sports. Growing up in a small town in Western Massachusetts, running was her favorite thing to do.

Unlike her brothers, though, the opportunity to compete at the high school and college level wasn’t there at the time.

“I just feel like I wish it had happened sooner,” said Odom.

Odom is referring to Title IX, a federal law signed in 1972. It removed many barriers that once prevented people, on the basis of sex, from participating in educational opportunities. It states, “…no person…on the basis of sex be excluded from…any education program or activity receiving federal financial assistance.”

Looking back into the 13News Now archives, women were still fighting for the right to compete in certain sports in the 80s and 90s, years after Title IX passed.

Despite missing her chance at competitive sports, Odom wanted to give back. She donated $500,000 to the women’s golf program.

A champion for the next generation of female athletes, Odom now has her own place in Title IX history. The team at ODU has renamed their home tournament the Evie Odom Invitational.

For more information about the women's golf team at ODU, visit the university's athletics website.