After 11 years, the owner of Plaid Turnip says most of his customers are Suffolk residents. He's okay with that, but has an invitation for people outside the city. 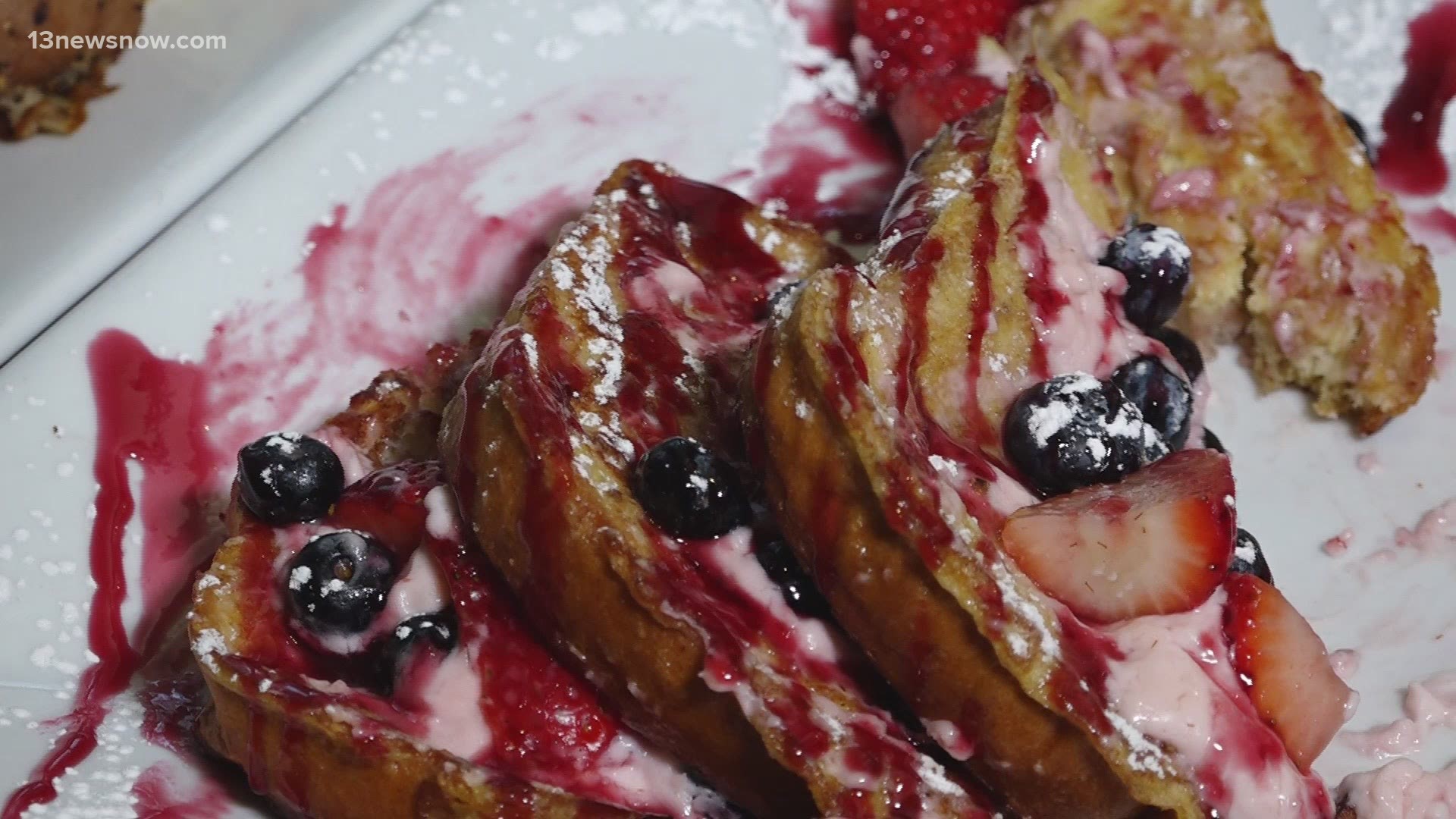 Sixteen years ago, Beardsley, a former Norfolk resident, visited Suffolk to help a friend. He ended up staying. Eleven years ago, he opened the Plaid Turnip in downtown Suffolk.

The restaurant grew its first roots downtown, but about a year ago, moved to the Suffolk Center for Cultural Arts.

"Suffolk, at times, is seen as 'the other side of the world' to most of Hampton Roads," said Beardsley.

He said although Plaid Turnip doesn't get many visitors from outside the city, the Suffolk community had always been behind him and the restaurant.

"You want to try and do things to support your community, and the community in return has been more than reciprocating in supporting me," he said.

Suffolk residents have a good reason to support this place: the food.

The menu at Plaid Turnip revolves around classics that were purposefully chosen to feel like home.

The restaurant deals in French toast, parfaits and classic breakfast dishes that you know all too well.

Beardsley said the most popular item on the menu is the omelet. They get stuffed with any topping, and served with a side of potatoes.

"I try to do things that most people understand and appreciate," he explained.

Beardsley said the restaurant name came to him years ago while he was journaling before bed.

"I'm like, 'One of these days I'll find something I can name the Plaid Turnip,'" he said.

A few years later, while developing the restaurant, the name seemed to make sense.

His end goal is to get visitors to Suffolk, not just to experience Plaid Turnip but to see the rest of the small businesses across the city.

"Come across the tunnel, come to a different city and try some new food," he encouraged.

If you do come and try the fare at the Plaid Turnip, Beardsley hopes that you not only fill your stomach, but end up sharing the experience with others.

"That's the goal, to walk away and want to tell your friends, 'Hey, you should try this place out,'" said Beardsley.

If you want to give Plaid Turnip a try, you can visit them at 110 Finney Ave, Suffolk.

You can find the restaurant inside the Suffolk Center for Cultural Arts.