A heartwarming story out of Suffolk: Ally Campbell rides her bike to Fire Station 5 to boost the spirits of the firefighters every day. 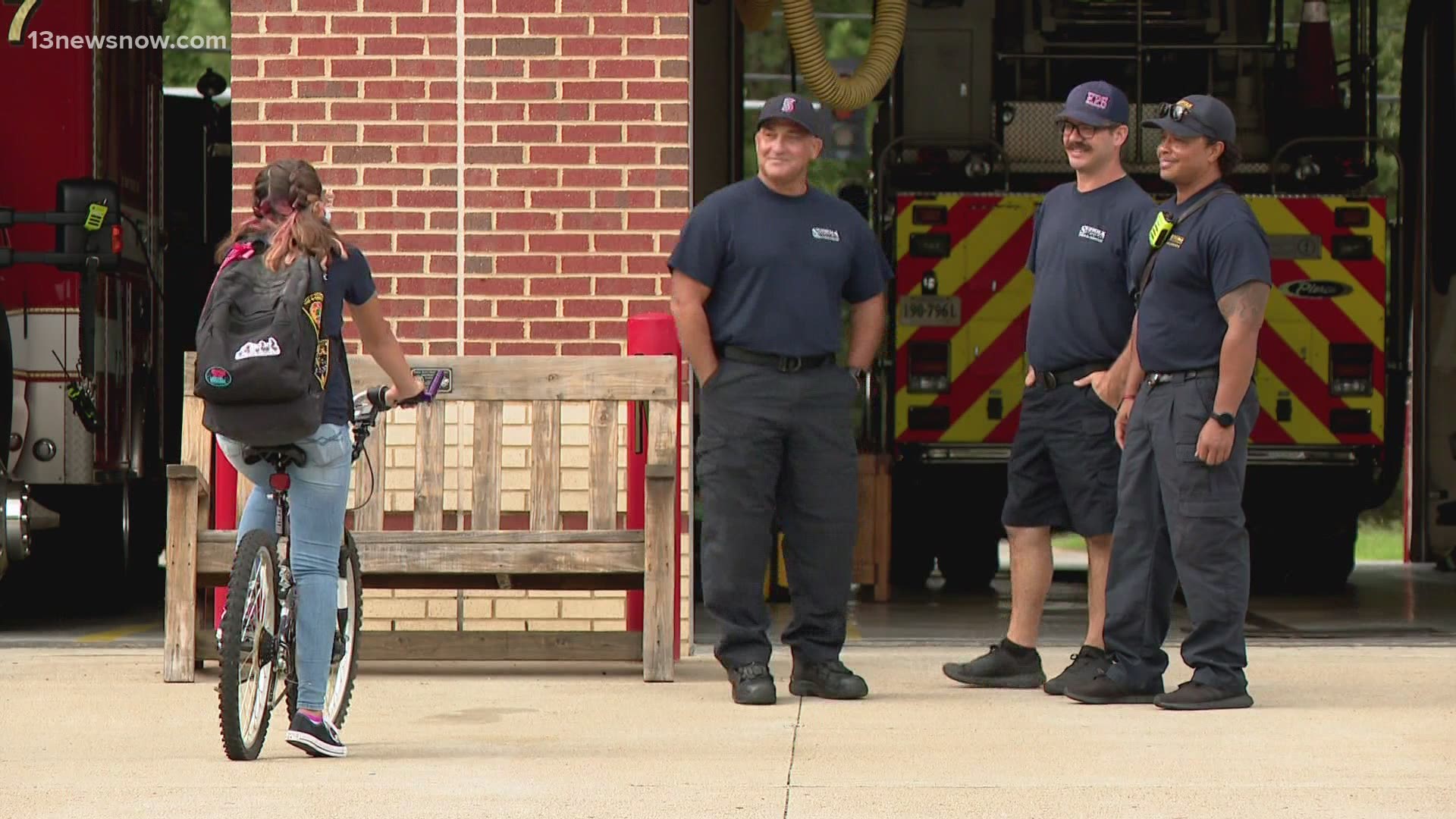 SUFFOLK, Va. — A Suffolk teenager has been busy making a mark on her community during the coronavirus pandemic.

Since March, 13-year-old Ally Campbell rides her bike to Station 5 in Suffolk every day and draws a kind message or picture in sidewalk chalk.

The fire station is less than a mile away from her home. Her parents said she came up with the idea at the beginning of the pandemic to boost the spirits of first responders.

“We started noticing a visitor that was kind of frequenting the grounds here,” Suffolk Firefighter and medic Ryan Foster said.

The firefighters and Ally now have a forever friendship. They provide her with ideas on what to draw, and many firefighters say it boosts their spirits to see her artwork on the driveway, especially after working a 24-hour shift during the pandemic.

Ally has made the City of Suffolk Department of Fire & Rescue Facebook Page, and was given a special challenge coin!

“Mostly to bring joy to others because that is what I like to do,” Ally said.

Ally cements her message every day, no matter if it’s 100 degrees. It’s a message of gratitude to first responders. She said she doesn’t think anything of it. She loves to draw and make people happy.

“It’s been a really dynamic year for us in the fire department with everything going on, but one thing that has remained constant is the community support for us, and she has been a huge part of that here at Station 5,” he said.

Art is Ally’s hobby, but she said her real passion is helping others. She hopes to become a first responder when she gets older.

Those who work at Station 5 said they would welcome her to the family.

“I personally want to be a paramedic when I’m able to,” she explained.

Until that day comes, Ally will continue illustrating her creativity and her love to boost the morale of first responders.