Gloucester County Sheriff's Deputy Jon Holt saved a woman's life by lifting up the vehicle she drove after it flipped on its roof and pinned her underneath it. 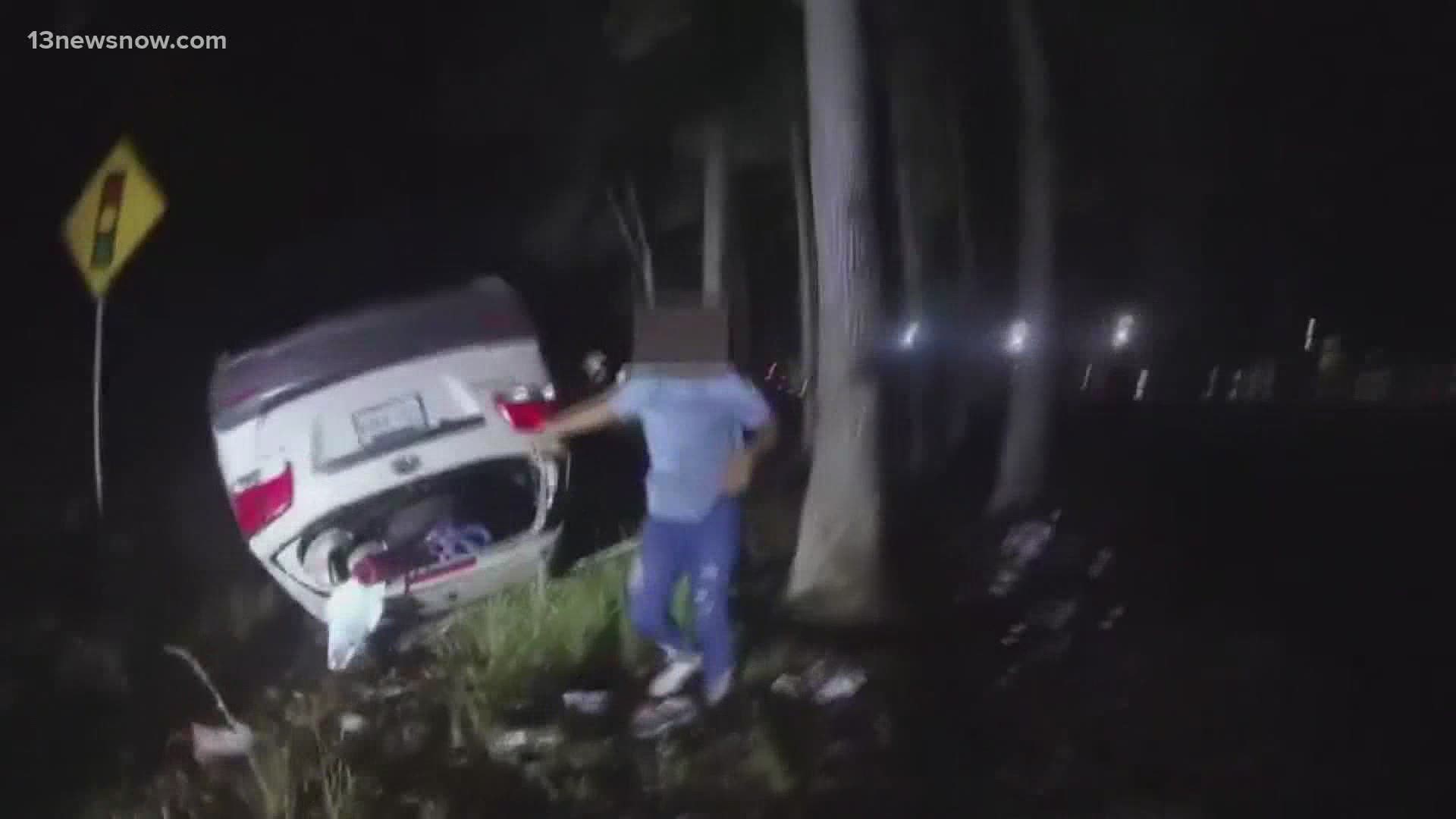 GLOUCESTER COUNTY, Va. — Gloucester County Sheriff's Deputy Jon Holt didn't have time to waste. Holt saved a mother pinned underneath her vehicle after a wreck on May 7.

Holt said he was in the middle of assisting Virginia State Police with a possible DUI accident and was on his way to the hospital when he saw a car spin out.

“So I was on the scene, I observed the vehicle upside down with one of the juvenile occupants outside the vehicle," said Holt.

As Holt runs to the car, he hears a child screaming from the inside. The boy yells that his mom was stuck.

“He said she can’t breathe and you know, calling to his mother and at that point had her head was pinned underneath the vehicle," said Holt.

Holt got the child out of the car.  Then the body camera video fades to black. Then you hear Deputy Holt use his strength to lift the car.

“At that point, I put my shoulder into the doorframe and braced as best I could and I said, 'All I have to do is just stand up.' That’s what all I was telling myself, and at that point with as much effort as I could, I tried to stand up and stood up enough so she could free herself and was able to start breathing," explained Holt.

Holt said the mother he saved is doing well.

“Last I knew that she was doing OK and you know, medical staff believed that she will be OK and released," said Holt.

Now hundreds of people are thanking Holt for his service calling him a hero on social media.

“You know I’m just average cop and you know it’s what we do. And thinking of doing anything different is you know out of the question," said Holt.

This is not the first time Gloucester Sheriff’s Deputy Jon Holt rushed in to save lives. In March of 2020, Holt pulled two people from a burning house.

Holt is also served in the Virginia Army National Guard and served in Iraq.