Kamala Harris is the first woman, Black person, and south Asian person to hold the office of Vice President of the United States. 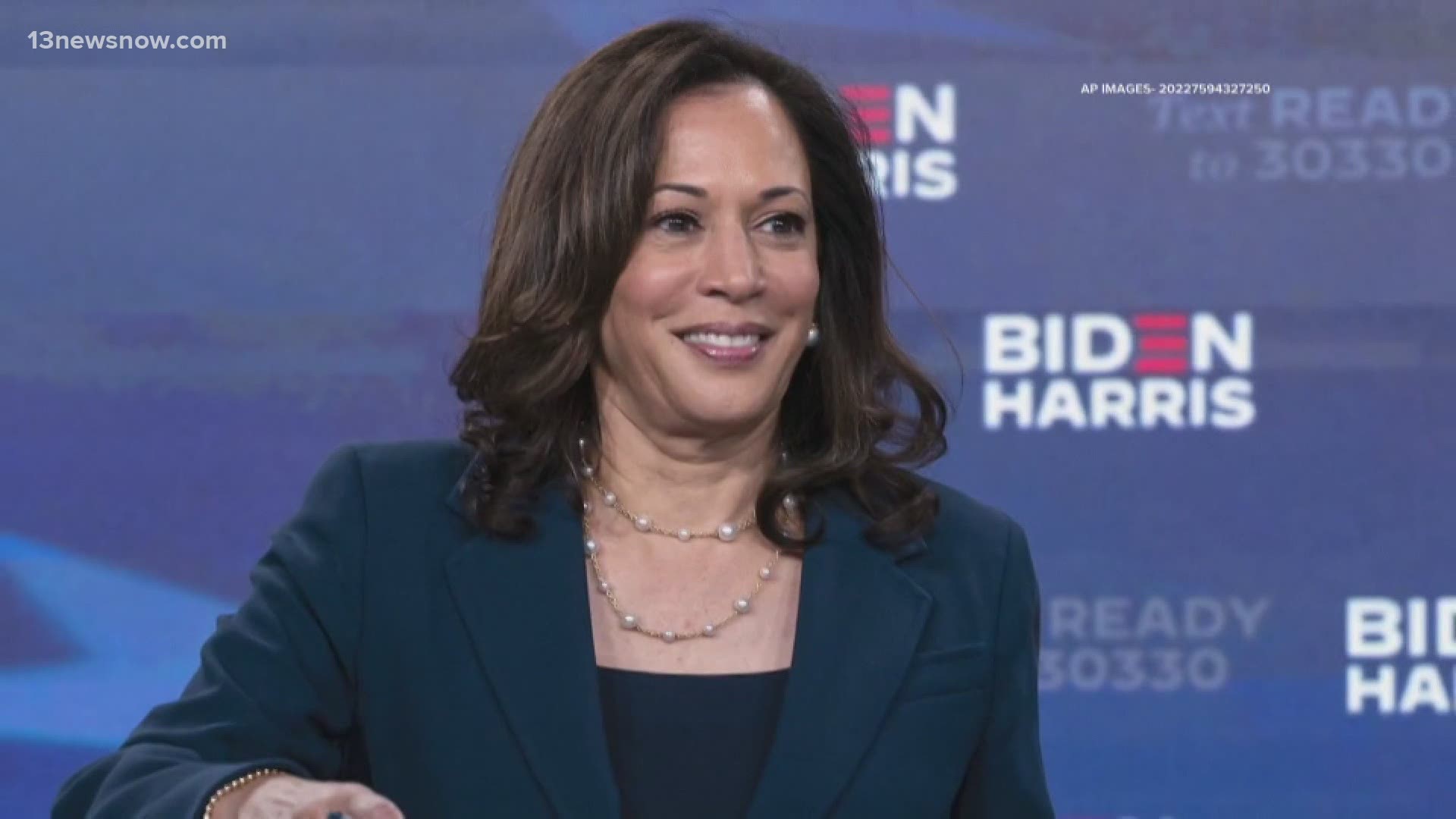 NORFOLK, Va. — Wednesday's inauguration was a moment of pride for millions of people across the country, including women, minorities, and graduates of historically black colleges and universities.

And members of Vice President Kamala Harris’ Alpha Kappa Alpha sorority say today has an extra special meaning for them.

“This is history and this is her-story," said Jennifer Congleton, AKA's Mid Atlantic Regional Director.

Harris is the first Black person, south Asian person, and woman to hold the office of Vice President of the United States.

“I too was initiated at the founding chapter of Alpha Kappa Alpha and I was in the pledge class behind now-Madame VP," Fairfax said.  “There was one meeting of course, years and years ago that I know she wouldn’t remember. But for my memory and for what I’ve shared with my daughters, it is such a distinction and an honor to share that space, to share that memory.”

Fairfax said it was a "heartfelt moment" watching Harris take the oath of office.

“We are walking in the footsteps of decades and decades of women who taught us how to organize and mobilize and galvanize so that we can have a piece of this thing called the American dream," Fairfax said. “I cannot help but think of those Africans who disembarked the ship White Lion in August of 1619... only seen as cargo, only seen as workers. And the road the now over 400-year arc of history, we witnessed a person who, yes is also Black, become a part of the power.”

“I’m just excited that we’re able to celebrate with her as we’ve made history. The first woman, the first African-American, the first Asian to break this glass ceiling," she said. “There hasn’t been an awful long time that we were not able to vote... and now, to have a woman and a qualified woman in the White House makes a world of difference.”