Thousands of Virginians have waited since March for unemployment benefit extensions. The Virginia Employment Commission says extensions might be ready by July. 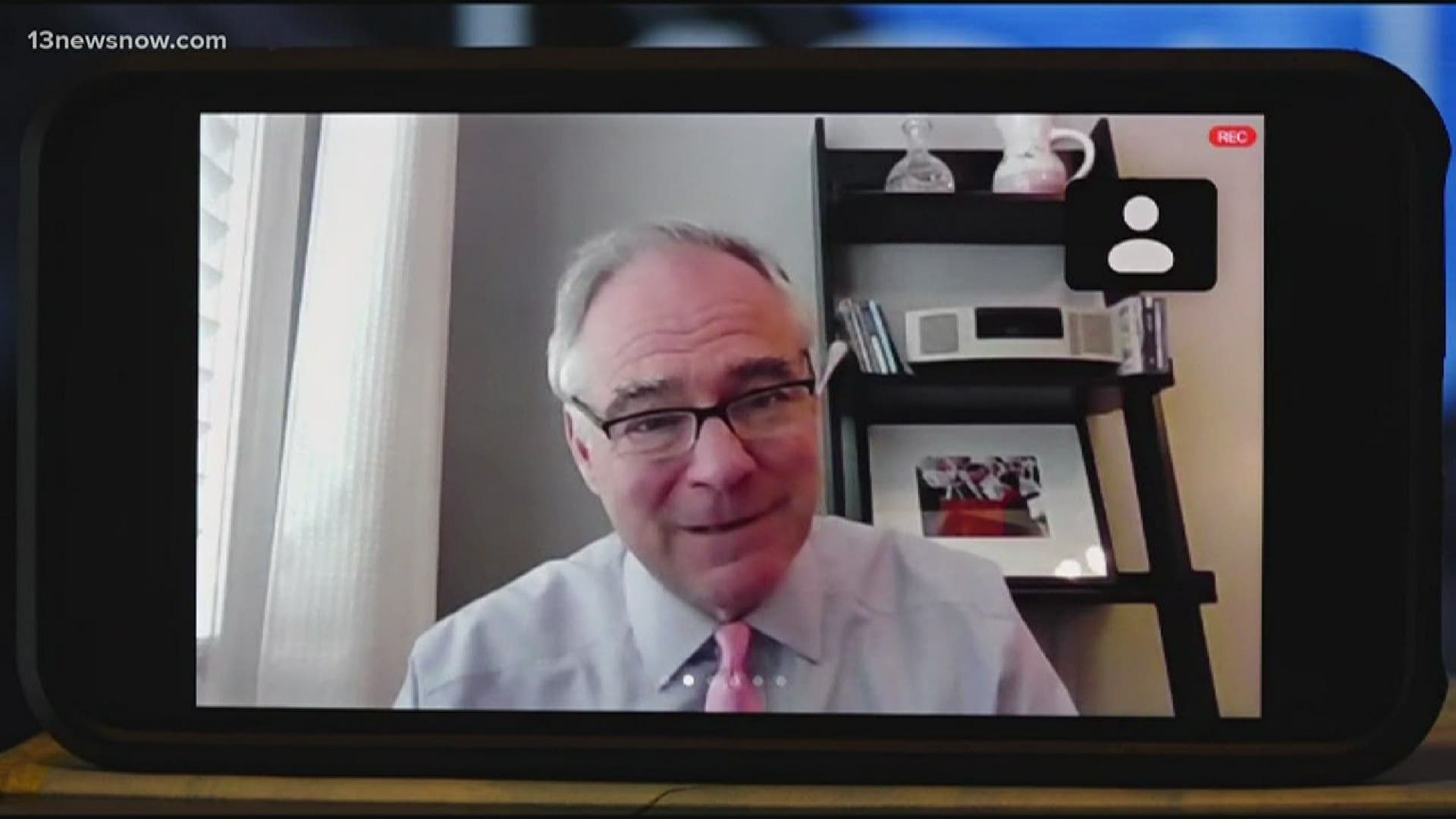 "It's not acceptable to me," Kaine said Tuesday. “We provided resources to enable them to do it and I’m having trouble figuring out why the 13-week extension is the one that has been the hardest to administer.”

Kaine said he knows expanding unemployment benefits due to the pandemic added a lot of work for state agencies, like the Virginia Employment Commission, but he said the delay on extensions in Virginia is frustrating.

“Because frankly, it’s people who are already in the system and just extending to me that would seem to be the easier of the three [expansions]," Kaine said.

Thousands of Virginians have waited since March for unemployment benefit extensions via the Pandemic Emergency Unemployment Compensation program. The Virginia Employment Commission said extensions might be ready by July

Senator Mark Warner said the U.S. Department of Labor is to blame, saying he pressed the department to provide clear guidance and ensure coverage, but it "moved frustratingly slow, leaving many states flailing in their efforts to quickly make the new financial assistance available when folks need it."

However, VEC documents, obtained by 13 News Now, show the agency did receive guidance from the Department of Labor on April 10, providing instructions on implementing the extension program.

VEC is not explaining to the public or lawmakers why the PEUC program is taking months to process.

“No, only the general answer about how difficult it has been to staff up to implement all three changes," Kaine said, when asked what answer he had been given for the delay.

“We’ll keep putting pressure on the state to try and get this right, because that is a real hardship for people," Kaine said.