Thousands of Virginians are waiting to receive extensions of their unemployment benefits to help them through the job crisis. VEC says the program still isn't ready. 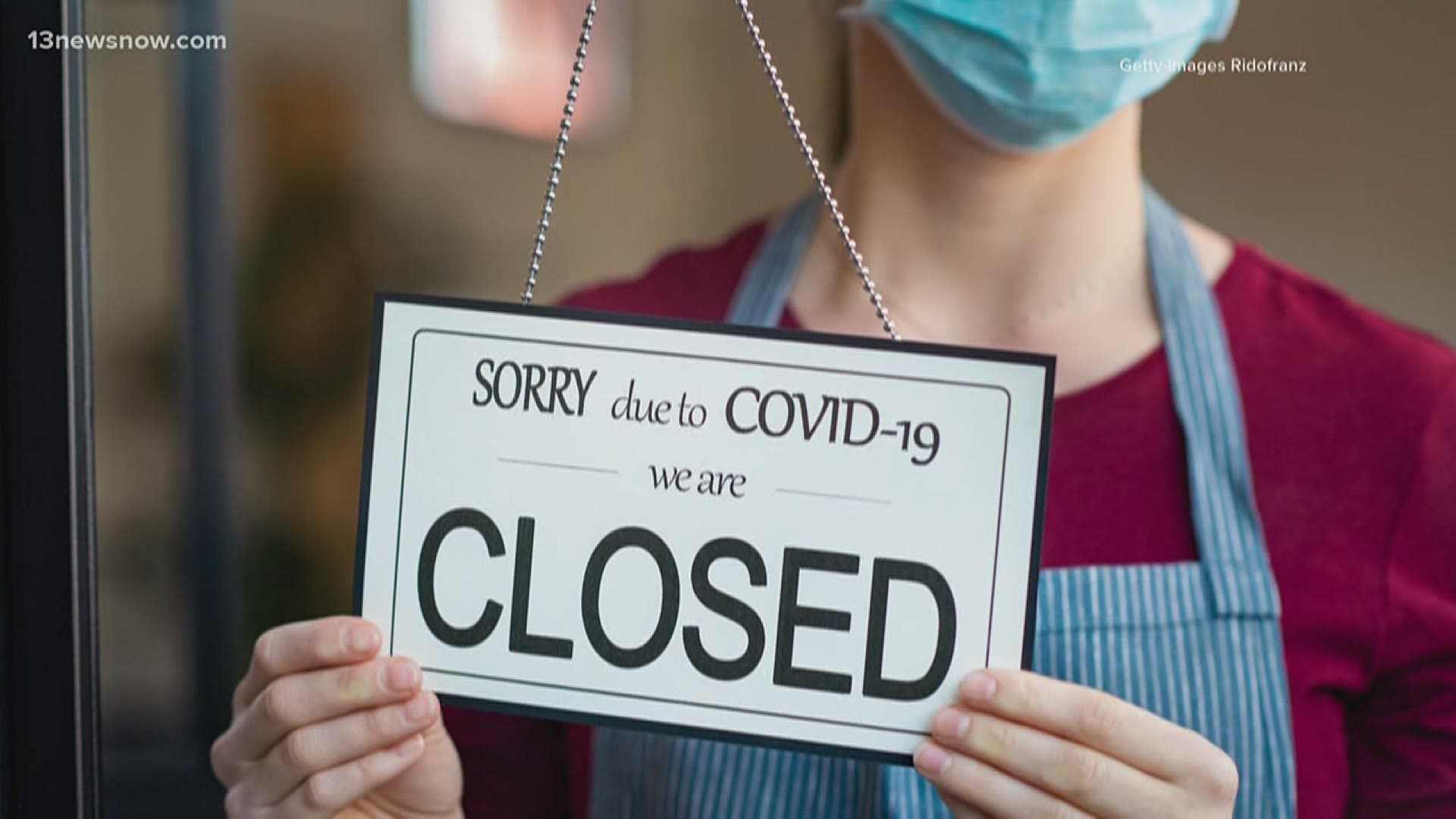 NORFOLK, Va. — The Virginia Employment Commission says a program to process extensions of expired unemployment benefits still isn't ready, and unemployed workers may have to wait another month or longer before receiving money.

The Pandemic Emergency Unemployment Compensation program is designed to give 13-week extensions to workers whose benefits expired between mid-March and now. It's the last part of the federal expansion of benefits that VEC hasn't implemented.

On May 8, a VEC spokesperson told 13 News Now that the agency hoped to have the benefit extension program 'up and available' within two weeks.

Now, VEC says the program and application itself should be ready "sometime in late June" and benefits should be paid out "by the first week of July."

Commissioner of the VEC, Ellen Marie Hess, confirmed this timeline in a recent presentation to the Virginia Senate Finance and Appropriations committee.

"We’re continuing to work on the PEUC, we expect to begin making payments under this program beginning in July," Hess said.

So, some unemployed workers whose benefits expired in March could go more than three months without both a job and unemployment assistance from the state.

VEC reports PEUC payments will be retroactive and make up for missed weeks of benefits, but Martin said it's difficult to keep waiting.

A VEC spokesperson said the agency will send out text messages to workers who may be eligible for the PEUC extension of benefits to inform them on how to apply, once the application is available.

The spokesperson said the application should be quicker and simpler than the PUA application for self-employed workers and independent contractors, as most PEUC recipients' information will already be logged in the VEC system.

“I just want to get things taken care of, be able to help provide for my family," Martin said. “There are people who are worse off than me and they need answers, they need their money.”

RELATED: Dr. Fauci: Long lockdown could do 'irreparable damage,' but reopening must be cautious

RELATED: Republicans look to phase out jobless aid to get Americans back to work