Navy Lieutenant Patrick Ferguson served for more than 20 years in the military. Now, he's getting a brand new home, mortgage-free, for all his years of service. 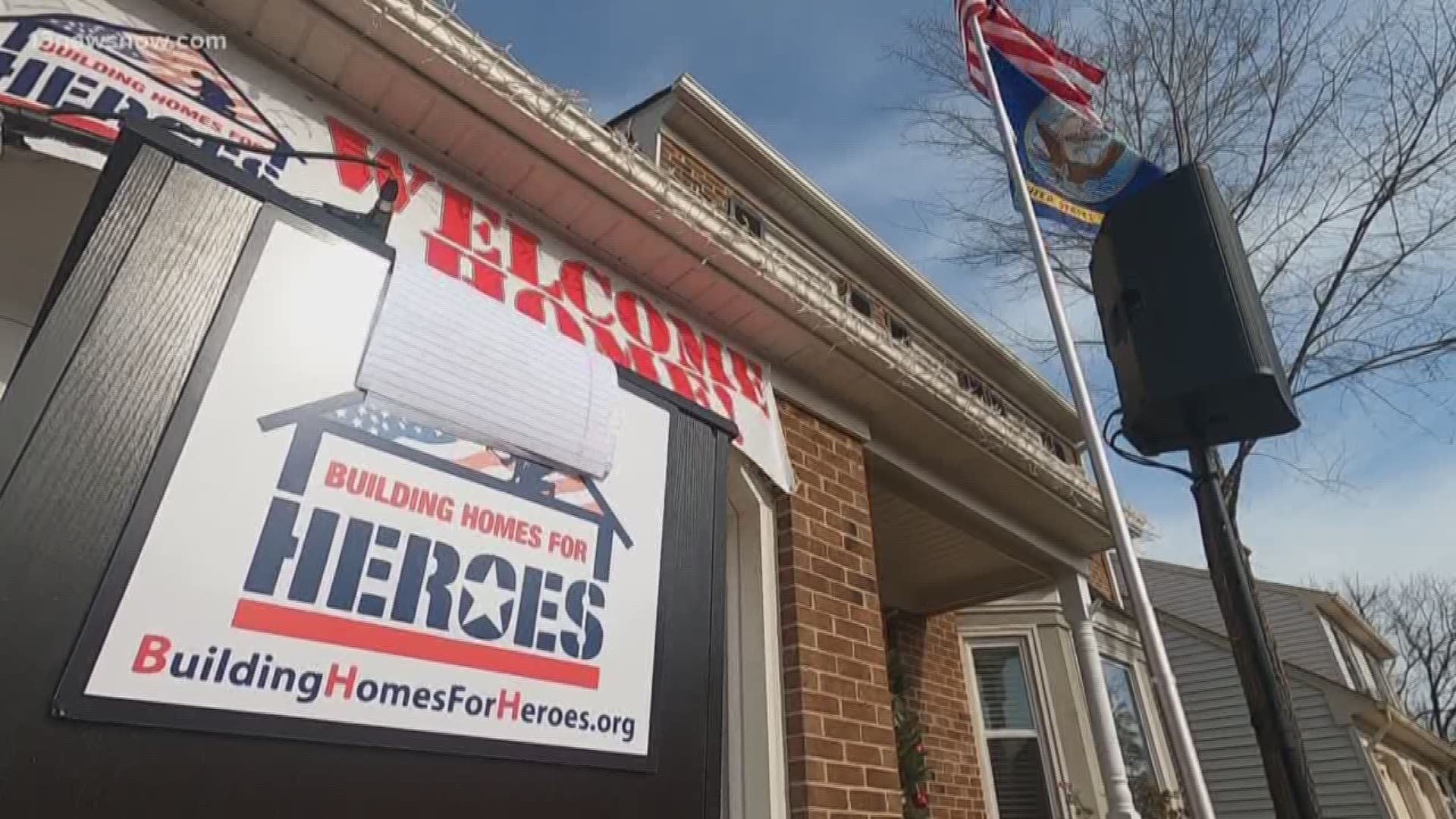 VIRGINIA BEACH, Va. — After more than 20 years in service to this country, one Navy SEAL is getting thanked in a huge way.

Navy Lieutenant Patrick Ferguson is being gifted a brand new home, free of charge! And it's all thanks to the teamwork of Building Homes for Heroes, JPMorgan Chase & Co., and SAIC.

Ferguson enlisted in the military in 1991 and ended up joining the prestigious Navy SEALs.

Throughout his more than 20 years in dedicated service, he sustained many injuries that stemmed from his training operations and deployments. He suffers from PTSD as well as chronic migraines, tinnitus and a traumatic brain injury.

But his service hasn't been without recognition. He's been awarded several ribbons and medals for his time as a service member.

SAIC staffers helped raise more than $45,000 as a show of support for Lieutenant Ferguson and his family. They worked alongside Building Homes for Heroes, which has raised hundreds of thousands of dollars over the last 13 years to gift homes to veterans and their families.

JP Morgan Chase & Co. established its Office of Military and Veterans Affairs in 2011 and has awarded more than 1,000 mortgage0free homes to military families in need.

Kelly Fowler of the Virginia House of Delegates is also expected to attend the presentation.