The affidavit in the case says Sarah Ganoe's 10-month-old baby had been stabbed multiple times in the chest and abdomen, and her 8-year-old had 50+ stab wounds. 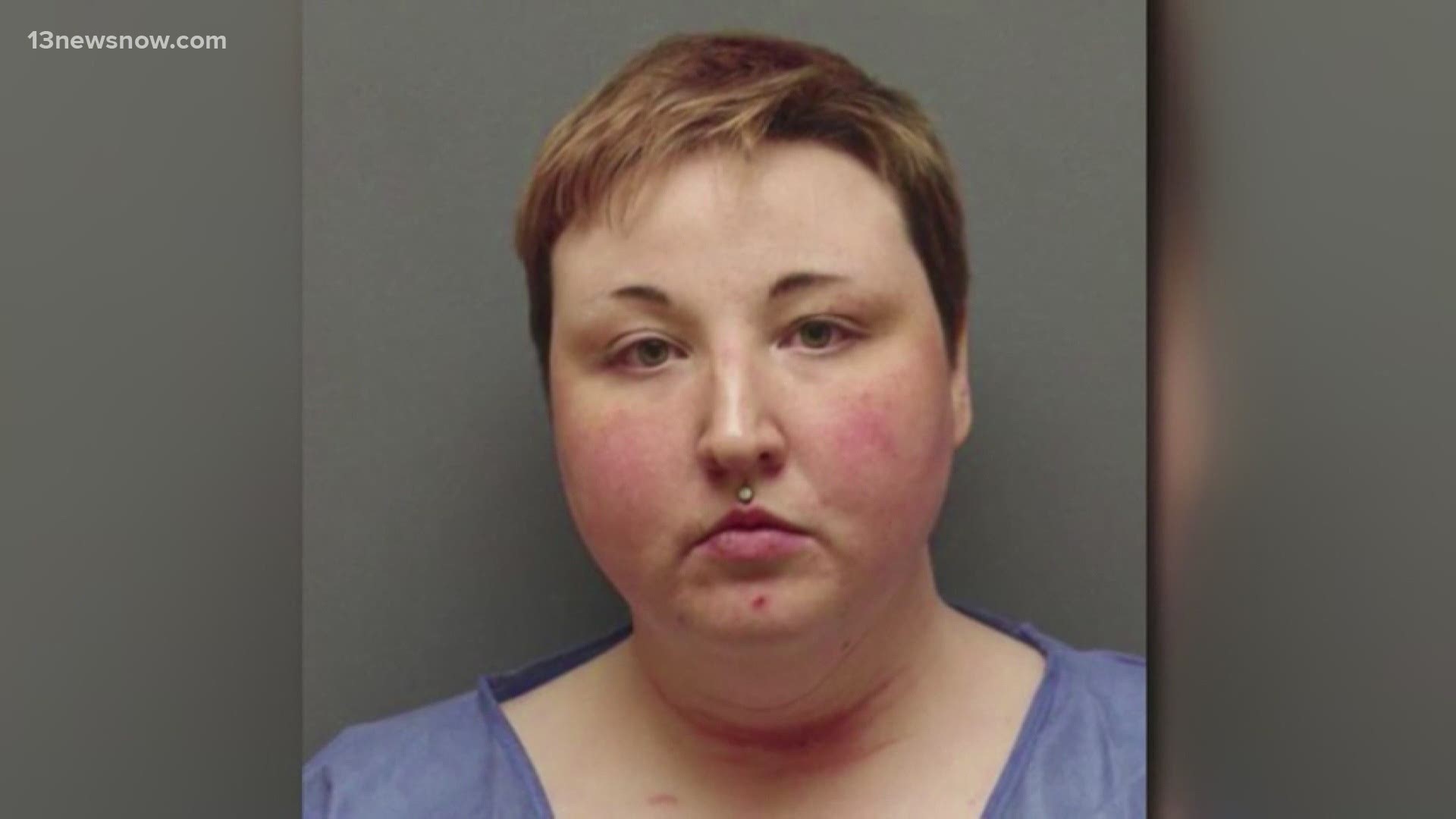 NEWPORT NEWS, Va. — Editor's Note: The details in this story include acts of violence against young children and may not be appropriate for some readers.

Court documents shed more light Wednesday on the investigation into a Newport News woman accused of stabbing her 10-month-old baby to death, and seriously injuring her 8-year-old daughter.

The affidavit detailed a scene from the 300 block of Hilltop Drive Monday night.

The documents say Sarah Ganoe, 35, had sent a voice text to her fiancé, telling him "not to be sad, but the house would be bloody when he got home."

Howard found Ganoe, their infant son Zell Howard and eight-year-old Winter Ganoe on the bed in the master bedroom.

Zell had multiple stab wounds to the chest and abdomen, court documents say. The baby died at the scene after paramedics tried to save him.

Winter had "at least 50" stab wounds, and was rushed to a hospital with life-threatening injuries, and then flown to Norfolk for additional treatment.

Both children had been partially disemboweled.

We obtained court documents this morning out of Newport News that reveal more details of what led lead up to 35-year-old mother, Sarah Ganoe, to stab her two children — killing one of them.
We’ll have the latest on @13NewsNow at Noon pic.twitter.com/bgiPwbHkpO

Winter was out of surgery, and in critical but stable condition Wednesday.

Ganoe had superficial stab wounds when police took her into custody - and one bite mark, which she told police she received when Winter tried to escape.

The girl's grandmother told 13News Now that Winter is a smart child, on the autism spectrum.

Sarah Ganoe was treated at Riverside Regional Medical Center before being interviewed at police headquarters.

In the interview at Newport News Police Headquarters, the affidavit says Ganoe admitted to stabbing Zell and Winter with a knife.

"Any loss of life is difficult, but it’s especially challenging when it involves innocent children,” Chief of Police Steve Drew said in a Tuesday briefing. “I cannot be more impressed with the professionalism and compassion demonstrated by Newport News police personnel, starting with the dispatchers who took the call to the officers, detectives, and forensic technicians who handled and processed a horrific crime scene."

In the briefing, Drew said police had been called to that apartment before for "domestic-type" incidents. He said he could not, at this time, explain more about those calls.

She denied 13News Now's request for an interview.

Her next scheduled hearing is expected to take place Thursday, May 20.