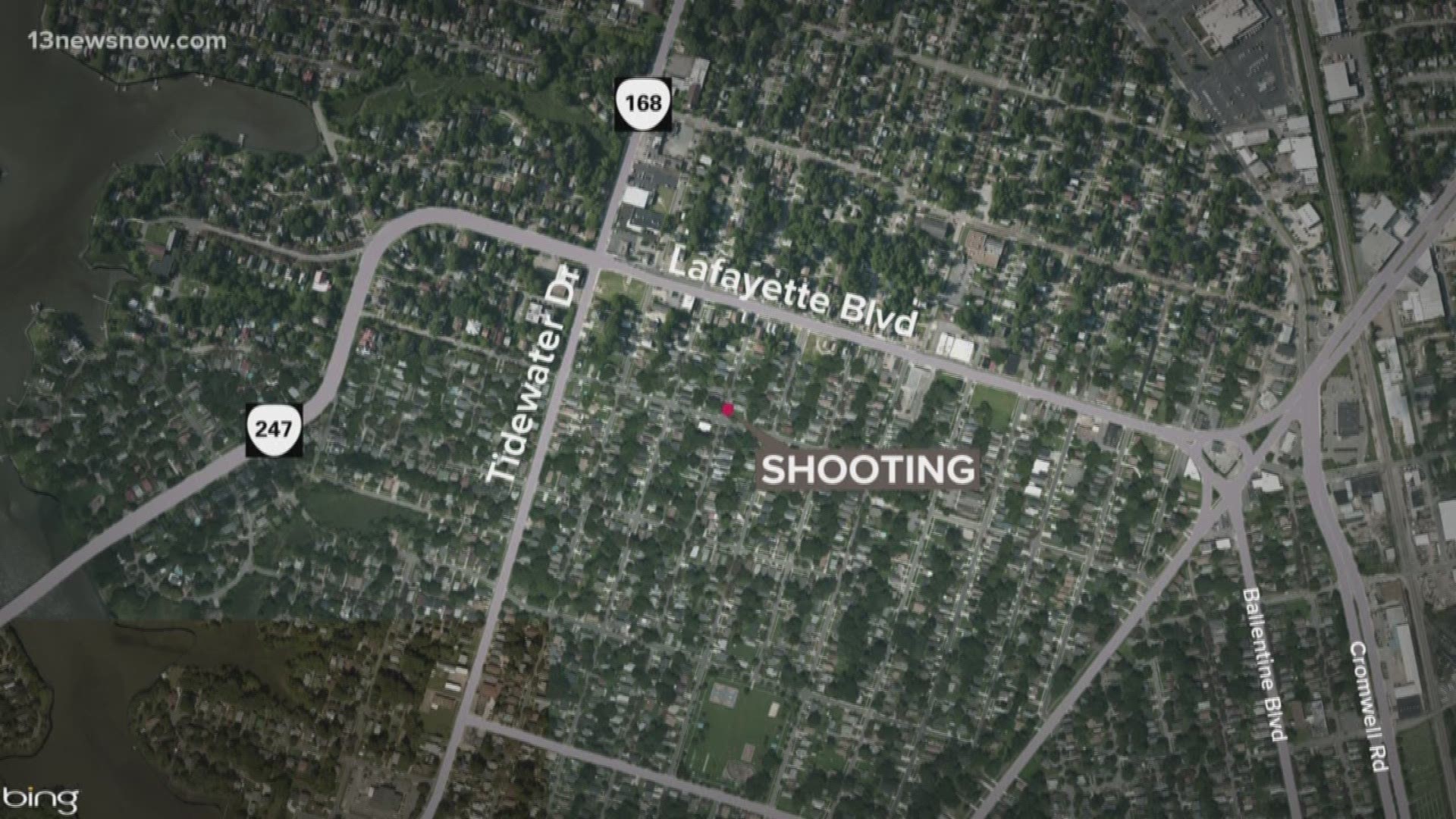 Norfolk police say 40-year-old Tione T. Harris of Norfolk as the victim in the shooting.

There's no immediate word on any suspects at this time.

It's the third shooting reported in the city on Friday.  Police arrested 34-year-old Joseph E. Riddick for a shooting that happened around 4 a.m. in the 700 block of West Little Creek Road. That victim has life-threatening injuries.

Then a teenager was shot and killed shortly after 5 p.m. in the 500 block of E. Moreell Circle. No arrests have been made in that shooting.

If you know anything about any of these shootings, you're asked to call the Norfolk Crime Line at 1-888-LOCK-U-UP or submit a tip through the P3 Tips mobile app.

RELATED: Teen dies after being shot in Norfolk

RELATED: Arrest made in Norfolk shooting that left man in critical condition