Jonathan Mellis waived his right to a probable cause hearing and a preliminary detention hearing. He chose to have the hearings in D.C. and will get transferred. 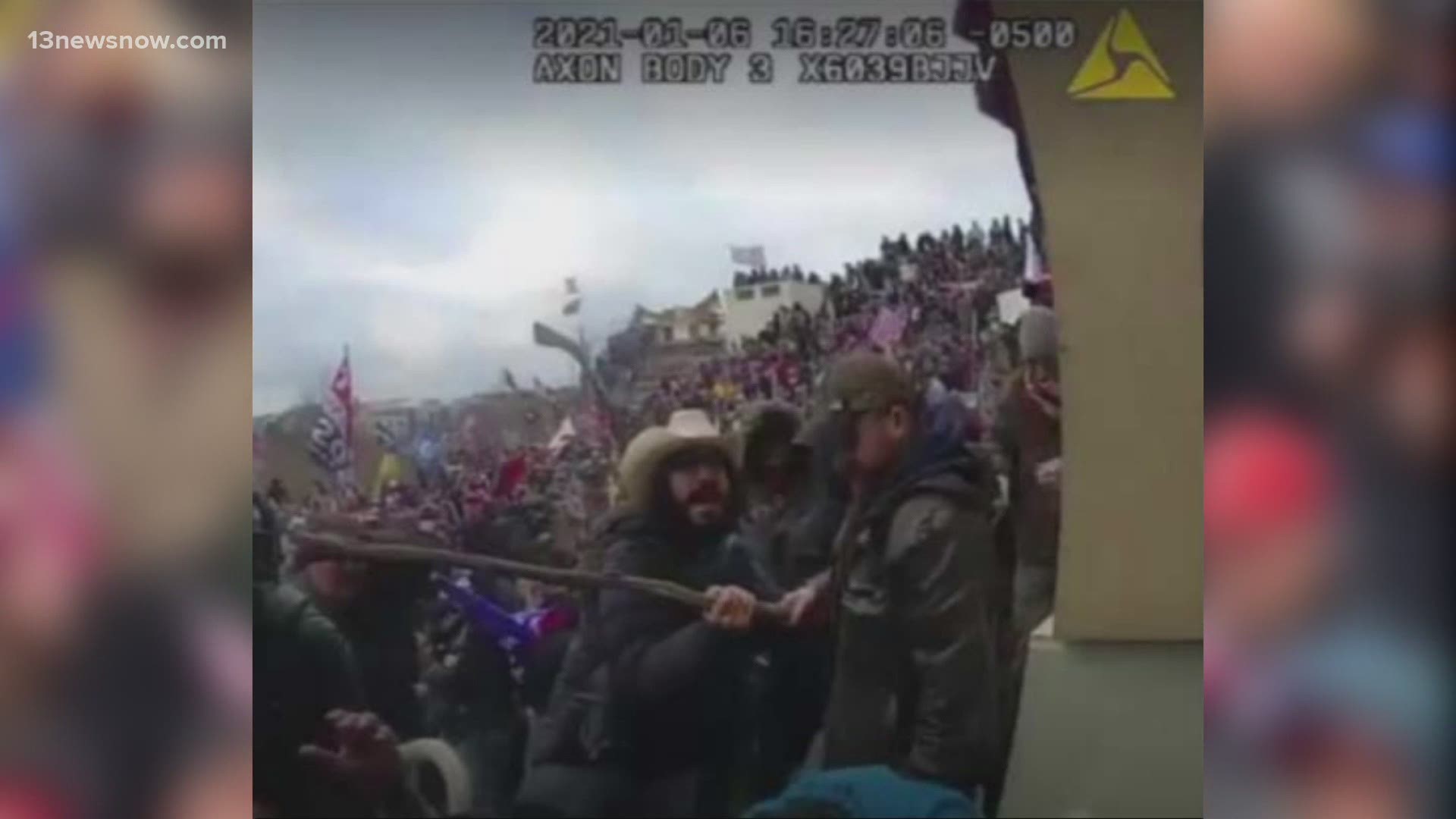 NORFOLK, Va. — The James City County man accused of breaching the Capitol on January 6 and attacking officers showed up in court remotely for the first time Friday afternoon.

Jonathan Mellis was scheduled for a preliminary detention hearing at the U.S. District Court in Norfolk.

The hearing was brief.

Mellis waived his right to both a probable cause hearing and a detention hearing to determine if he should be held in custody or released pending trial. During Friday’s remote court appearance, Mellis opted to have those hearings in D.C. Federal Court instead of in Norfolk.

Mellis faces multiple charges for his connection to the Capitol insurrection. Some of the charges include forcibly assaulting police officers and violently entering the Capitol. Norfolk FBI agents arrested him at his home in James City County on Thursday. He’s being held in the Western Tidewater Regional Jail in Suffolk.

During the hearing, Robert J. Krask, a federal judge in the U.S. District Court for the Eastern District put in an order to have Mellis transferred to D.C.

“Based on my note, there is probable cause for these charges... but that will be left for the District of Columbia to decide,” said Krask.

A criminal complaint revealed two people, who know Mellis personally, turned him in. They provided law enforcement with several images of Krask at the Capitol. The documents provide a glimpse of several images taken from D.C. Metropolitan Police bodycam footage. Investigators say the images show Mellis wearing a white cowboy hat, where he’s beating officers with a stick repeatedly.

At times, Mellis made stabbing movements toward them and tried to strike them in the neck.

Other portions of the criminal complaint detail some of Mellis' online activity. In various Facebook posts, he shared images and boasted about his actions on that day. In one of the posts, he said “storming the castle… the world heard us.” In another Facebook comment, he said Black Lives Matter and antifa had no part in the insurrection, saying “we take full responsibility.”

Mellis’s next court date is set for February 22 in D.C.’s U.S. District Court.

Mellis denied our request for a jailhouse interview.