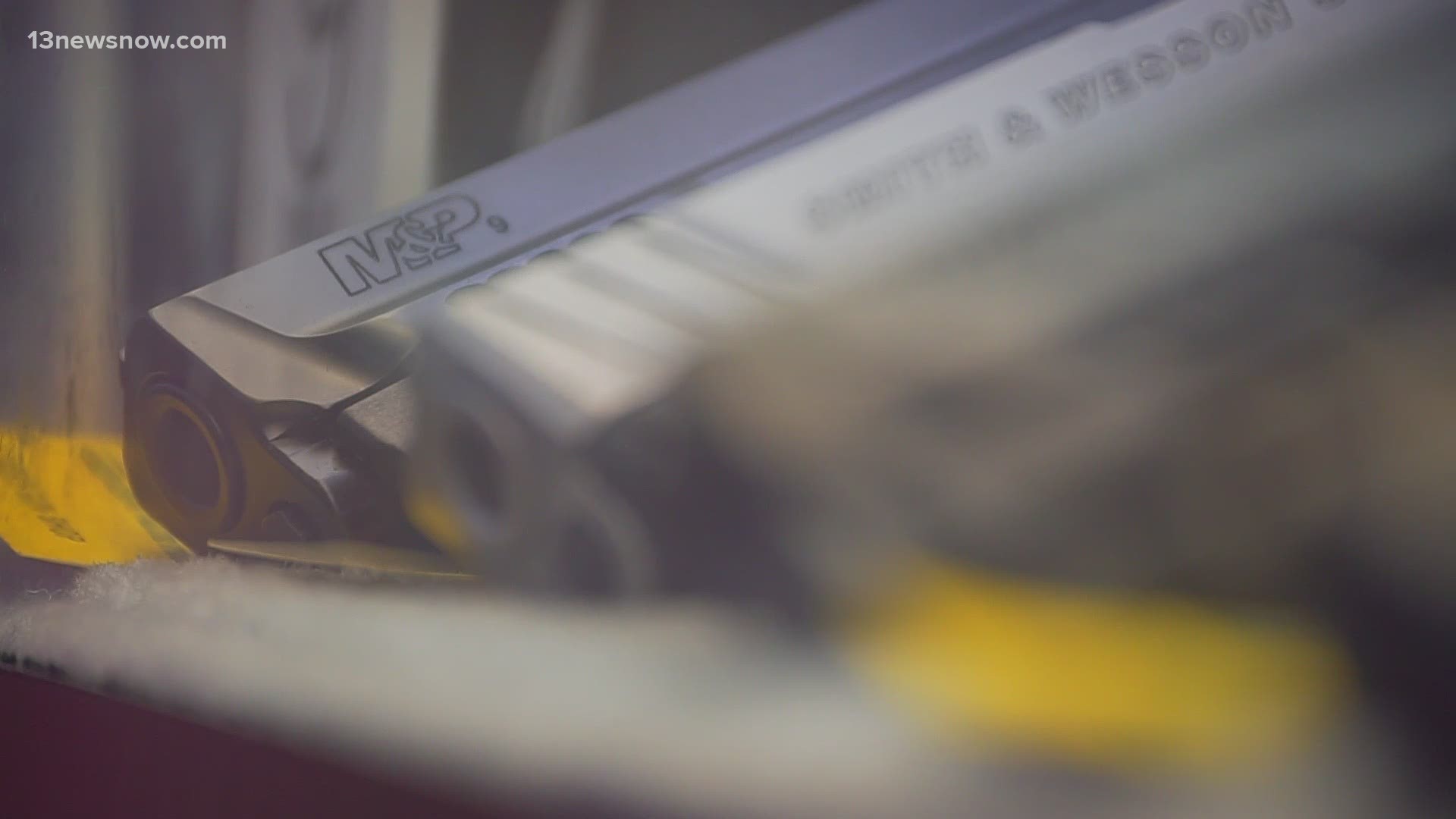 NORFOLK, Va. — The post on Norfolk's Police Department's Facebook page says it all: 481 firearms have been recovered since the start of the year, 64 from felons. The city is on pace to surpass last year's recoveries of 850 firearms, the most secured in almost a decade.

It's with similar statistics from across the country that have the U.S. Justice Department is launching five cross-jurisdictional strike forces to help reduce gun violence.  Officials want to catch more firearms on the front end before they travel to a criminal's grip.

"All too often, guns found at crime scenes come from hundreds or even thousands of miles away. We are redoubling our efforts as ATF works with law enforcement to track the movement of illegal firearms used in violent crimes," said U.S. Attorney General Merrick Garland.

This concentration will target more so-called "straw purchasers," who often buy guns for coordinated criminal enterprises and are not easy to prosecute.

Coalition to Stop Gun Violence's Director of Outreach and Equity, Laura Footman is praising the move understanding that controlling gun violence will take a multi-faceted approach involving all levels of government.

"You need local governments doing their part and state governments... but then you also ideally have a strong federal government who is able to use their ability to coordinate and set a table to allow for additional resources to be provided."

The next step, Footman says is for "effective legislation" on gun control to be passed in Congress and for an Alcohol, Tobacco and Firearms director to be confirmed.