As gun sales have increased in Virginia, so have gun-related deaths. Police chiefs are concerned with how people illegally get guns, so tracking them becomes crucial 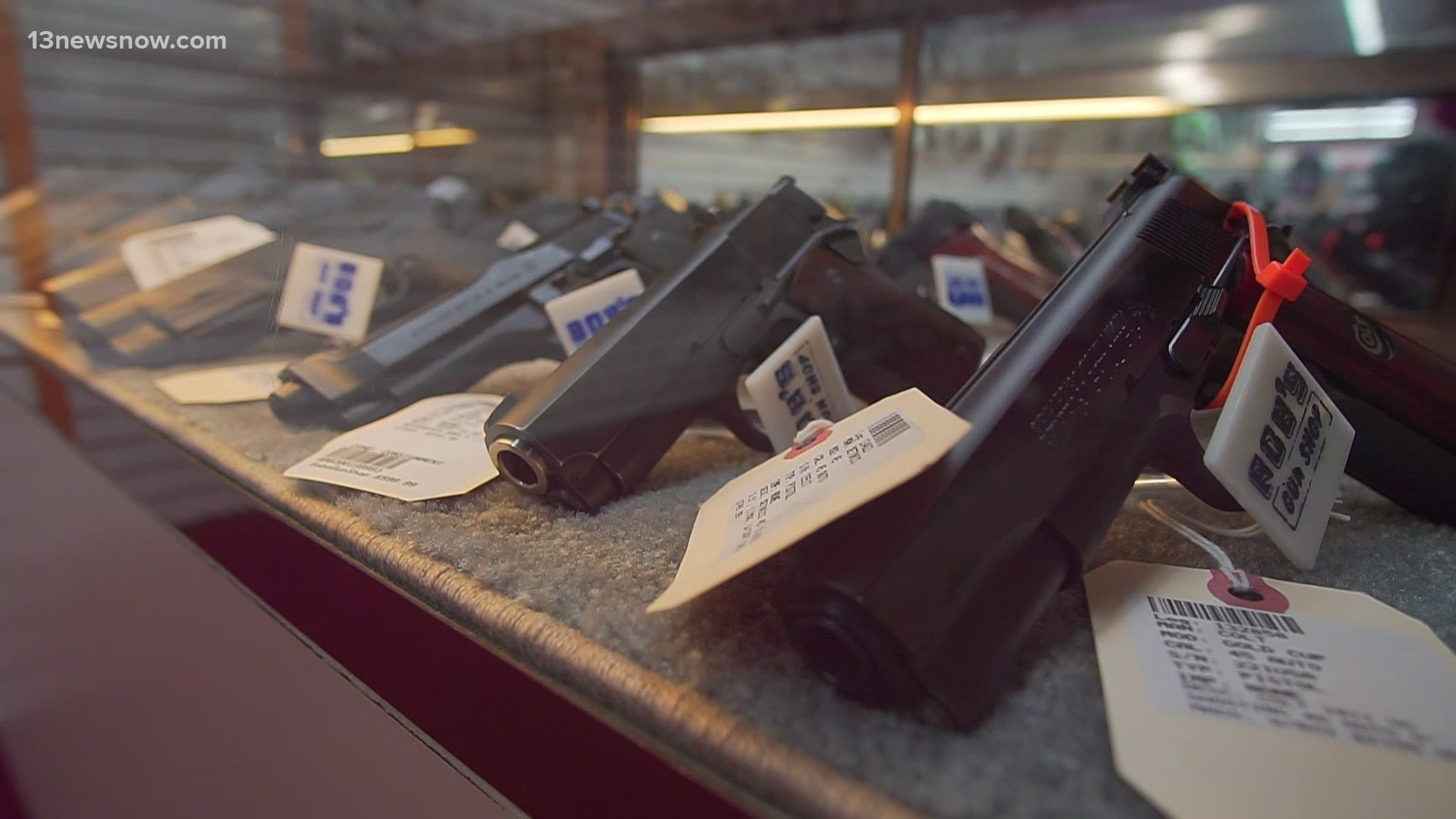 CHESAPEAKE, Va. — A violent summer in Hampton Roads is no surprise to police chiefs like Chesapeake’s Kelvin Wright, who says summer gun violence is a phenomenon all departments are aware of.

A deeper look at gun and crime data puts the summer crime into context.

"These are the months we know it takes place, but we don’t necessarily know why it takes place," said Chief Wright. "That is extremely frustrating and as officers, we have a difficult time making sense of it."

Chief Wright said about 75 percent of the guns his officers recover are either used in a crime or owned illegally by someone who’s not allowed to have a gun.

"With violence among young people, it’s an age group of about 16 to 25 years of age. However they’ve come into possession of firearms, they’re not afraid to use them," Wright said.

So, tracking guns and how they move from person to person is crucial.

“We are concerned about people who lawfully possess them, that they properly take care of them, make sure that they track them, if they are stolen or lost that they report them, and if you have them in your car don’t leave your car unattended or unlocked," he said.

In recent years, gun sales have sharply increased in Virginia. Background checks are often used to track gun sales, even though it’s an imperfect system. Not every background check is a sale, and some sales include multiple guns.

Andrew Goddard, a director for a nonprofit working on gun violence prevention, said the data shows the concept of '‘more guns for protection" hasn’t been the solution.

“It sounds reasonable but it hasn’t panned out," Goddard said. "We have not seen a reduction in crime. What we have seen is having more people, in more places, with more guns, at more times, leads to more deaths and more injuries."

As gun ownership has increased in Virginia, so have gun-related deaths.

About 64 percent of these deaths are suicides.

“A lot more people are buying guns because they’re afraid and they’ve got the idea if they have a gun they’ll be in a better position," Goddard said. "The data that’s available shows the exact opposite of that.”

Medical and scientific studies have consistently shown that having a gun in the home is associated with a greater risk for suicide and a greater risk of being the victim of homicide.

“We can’t shoot our way out of our gun violence problem, that’s the bottom line," Goddard said.

As for tracking illegal guns, ATF data shows 82 percent of guns recovered from a crime are sourced from Virginia.

“We’ve got to make it more difficult for criminals to get their hands on the guns in the first place, then we won’t need to have all the guns to protect ourselves from the criminals," Goddard said.

Chief Wright said tougher penalties could be appropriate for people who have and use guns illegally. Plus, safe storage and handling is key, as his department is concerned about how people who are not allowed to have guns, get guns.

“Citizens who safeguard their property better, that reduces the opportunity for that gun to be stolen and then find its ways into the hands of someone who is going to use it for nefarious purposes," he said.

Wright said the Chesapeake Police Department has recorded a significant increase of people who have accidentally shot themselves or shot themselves while cleaning their guns over the last six months.

"Many of these are preventable with just a little bit of care," he said.

Wright said a new Virginia law restricting reasons for traffic stops is making it more difficult for police officers to look for guns during stops.

He added that there’s a regional police department initiative to trace gun histories and links to criminal activity.