Hampton police said they have identified all of the individuals involved in the deadly shooting of a man Thursday, in the 300 block of E. Mercury Blvd. 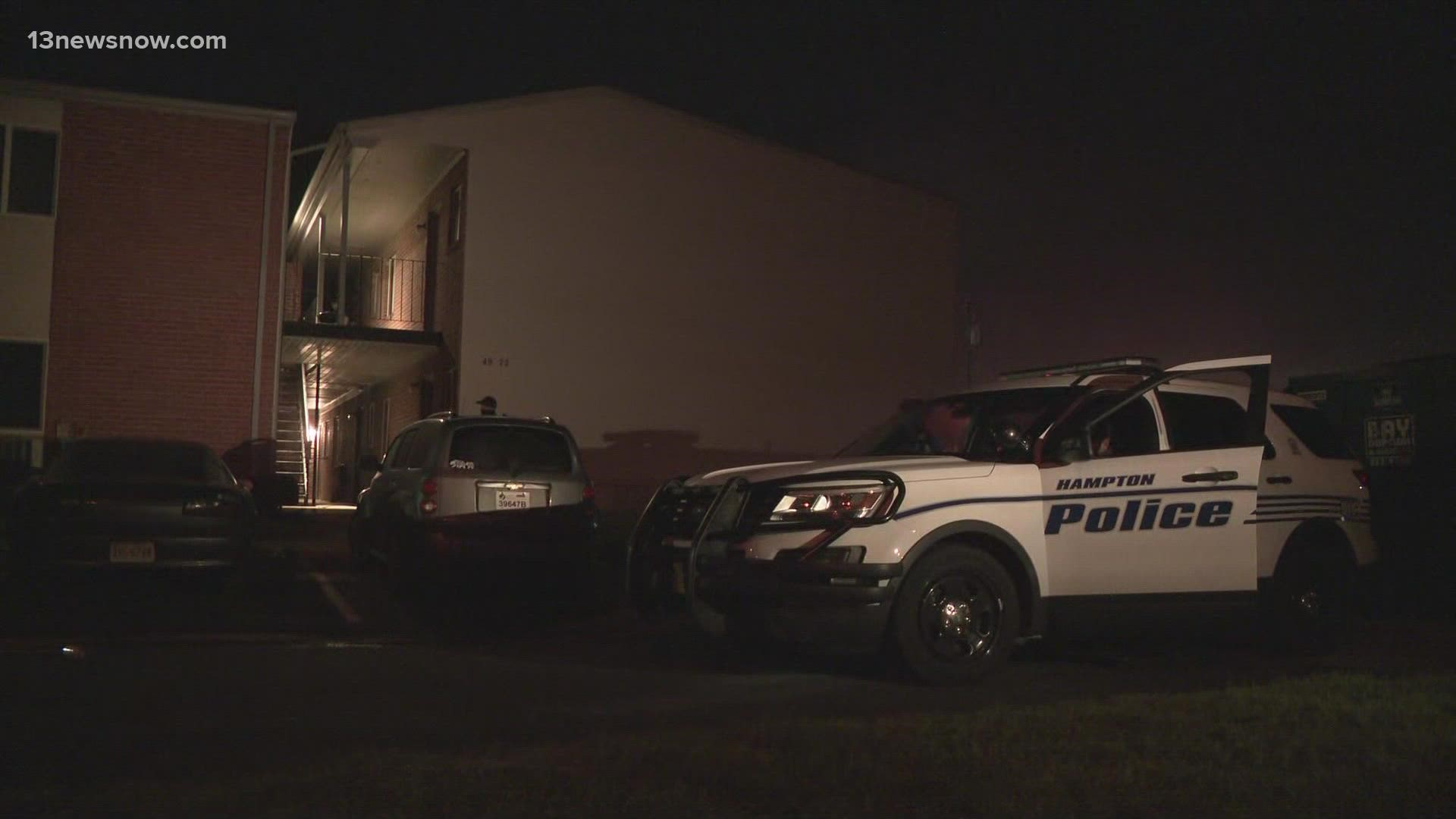 HAMPTON, Va. — Detectives are seeking answers after a man was shot and killed in the early hours of Thursday morning at the Oakland Square apartment complex in Hampton.

The Hampton Police Division said it received a call Thursday, Oct. 14 around 3 a.m. about a shooting that happened in the 300 block of East Mercury Boulevard.

When officers arrived at the scene they found a man with life-threatening gunshot wounds. He died there.

Police said they have identified all of the involved individuals. They are not looking for any suspects at this time.

Detectives are investigating the motive behind the shooting.

Anyone who knows anything about the incident that could help in the investigation is asked to contact the Hampton Police Division at 757-727-6111 or the Crime Line at 1-888-LOCK-U-UP.

A man has died following a shooting in Hampton.

Police are on the scene investigating by an apartment complex on East Mercury Blvd.@13NewsNow #13Daybreakers pic.twitter.com/vgyvaonMCu