Hampton police said they arrested a man in connection to the man found shot and killed in the Phoebus High School parking lot. 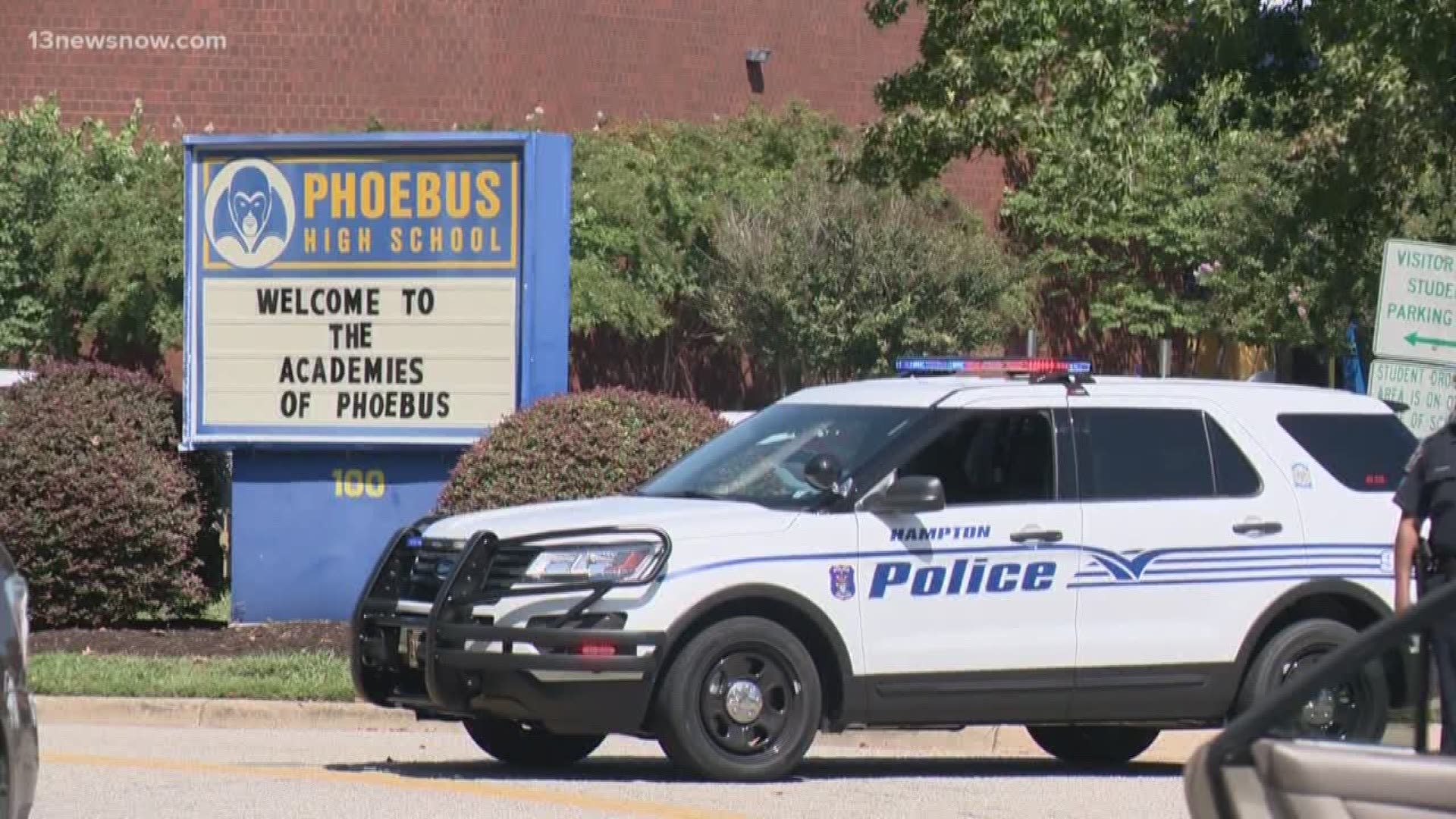 HAMPTON, Va. — Police said they arrested a man they believe fatally shot a man near Phoebus High School on Monday.

They said charges against the man they believe is the shooter are pending.

Officers were dispatched to the 100 block of Ireland Street just before noon to investigate reports of a shooting.

They found a 38-year-old man toward the back of the student parking lot of the high school who had been struck by gunfire. He died at the scene.

The incident prompted a lockdown at Phoebus. Officers said the shooting was not school-related. They emphasized it didn't take place on school property and that the person shot was not a student.

Hampton Police said the lockdown was lifted just after 2:30 p.m.

A parent who didn’t want to share her name said, “She says she’s under the desk and she’s just ready to come home. The school didn’t call, and then when they did call it was just a voicemail.”

Investigators said the shooting did not take place in the same area where the victim was found and they're still working to learn more details.

Linda Ford lives near the area where the shooting happened. She said she saw a man struggling and initially thought he had heat exhaustion until her husband noticed the man was shot in the neck.

“It hits home when you see it. This is not a tv show. It’s real. It’s real life,” Ford said. “He just kept saying help me, help me, help me. They were trying, two guys applied pressure with all of their might.”