State police are still working to identify a man who fired several rounds into a car with three teenagers inside in 1999. Sara Bruehl died from the gunfire. 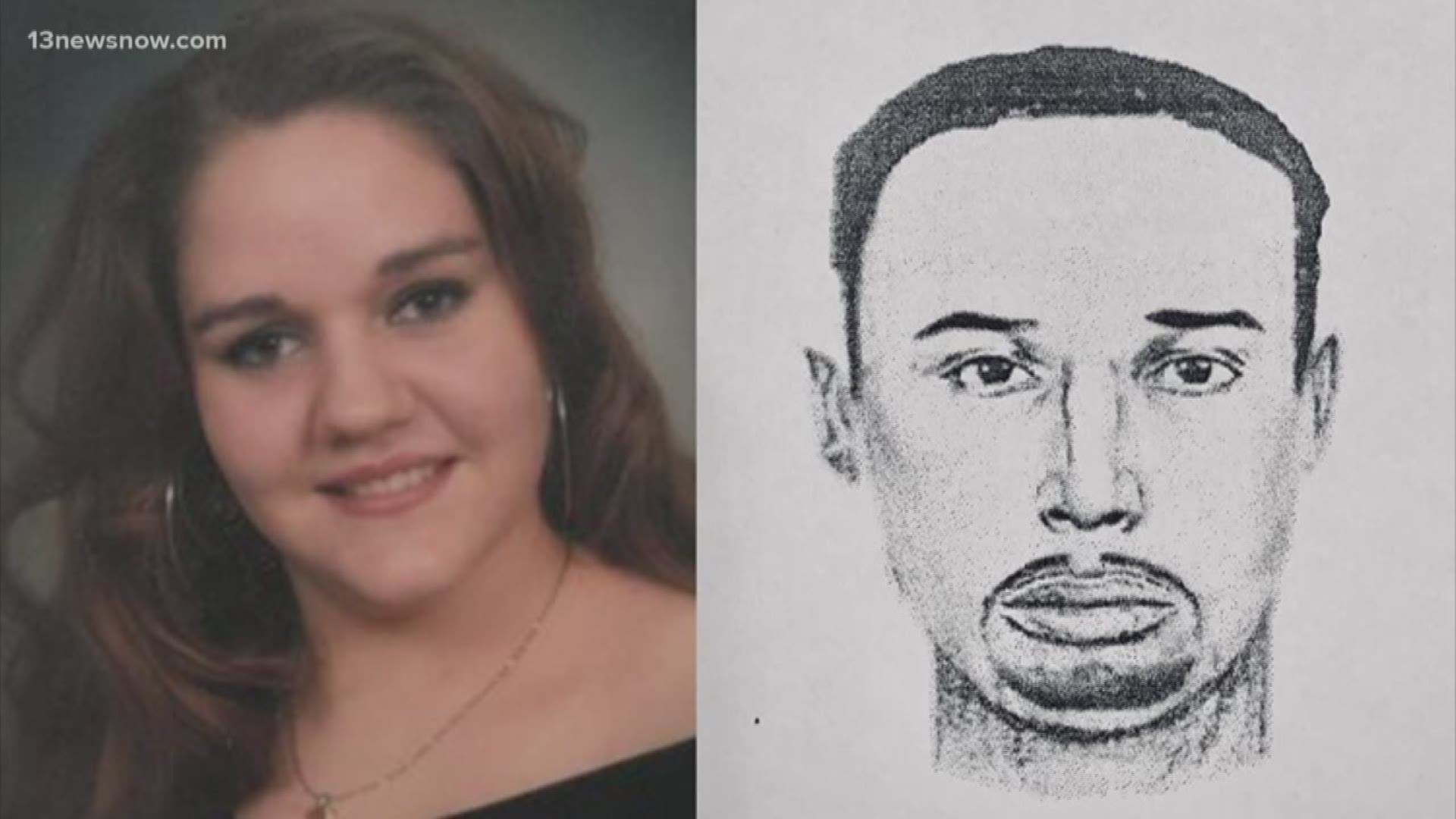 RICHMOND, Va. — The Virginia State Police are still following up on leads and tips connected to an unsolved homicide case from 1999.

A Mechanicsville teenager, Sara Bruehl, as shot and killed.

To date, state police are still working to identify a man who fired several rounds into the 1999 Nissan Altima Sara Bruehl had rented to drive to Virginia Beach with her two close friends on Aug. 8, 1999.

On August 8, 1999, Bruehl and her two friends were shot at while traveling along Interstate 64 near Exit 205 for Bottoms Bridge.

Sara, who was driving, was shot and killed before her vehicle crashing off the right side of the interstate. Her 18-year-old front-seat passenger was also shot, but she survived. The 17-year-old backseat passenger also survived from injuries caused during the crash.

All three teens were recent graduates of Atlee High School in Hanover County.

Police described the suspect as a light-skinned African-American or Hispanic male, with dark eyes and a goatee. The suspect vehicle was described as a small, red car with tinted windows and halogen lights.

Based on witness statements and other information gathered during the investigation, it is believed that Bruehl and the driver of the red car had engaged in a “cat-and-mouse” game of speeding up, slowing down and changing lanes over about a 20-mile stretch of I-64, Virginia State Police said.

Both vehicles were heading eastbound when the other driver pulled up in the right lane next to Sara’s vehicle, rolled down the driver’s side window, and shot four times into the Nissan Sara was driving.

The man who fired the shots sped away in the eastbound lanes of I-64 as the Nissan ran off the right side of the interstate at Exit 205 and struck a tree. The shooting occurred at about 9:10 p.m.

“We know there are people out there today, even 20 years later, who knows who was responsible for taking this young girl’s life and injuring her friends,” said Captain Tim Ring, VSP BCI Richmond Field Office Commander. “State police is still committed to identifying this individual and bringing him to justice. We owe it to Sara and her family to solve this case once and for all. That’s why we are still pursuing leads and still asking for people to come forward with any information they may have to share on this drive-by shooting.”

Anyone with information is encouraged to contact the Virginia State Police at #77 on a cell phone or 1-800-552-9965 or by email to questions@vsp.virginia.gov.