Community members have called for change, and those demands are louder than ever during national unrest and the ongoing dialogue on social injustice. 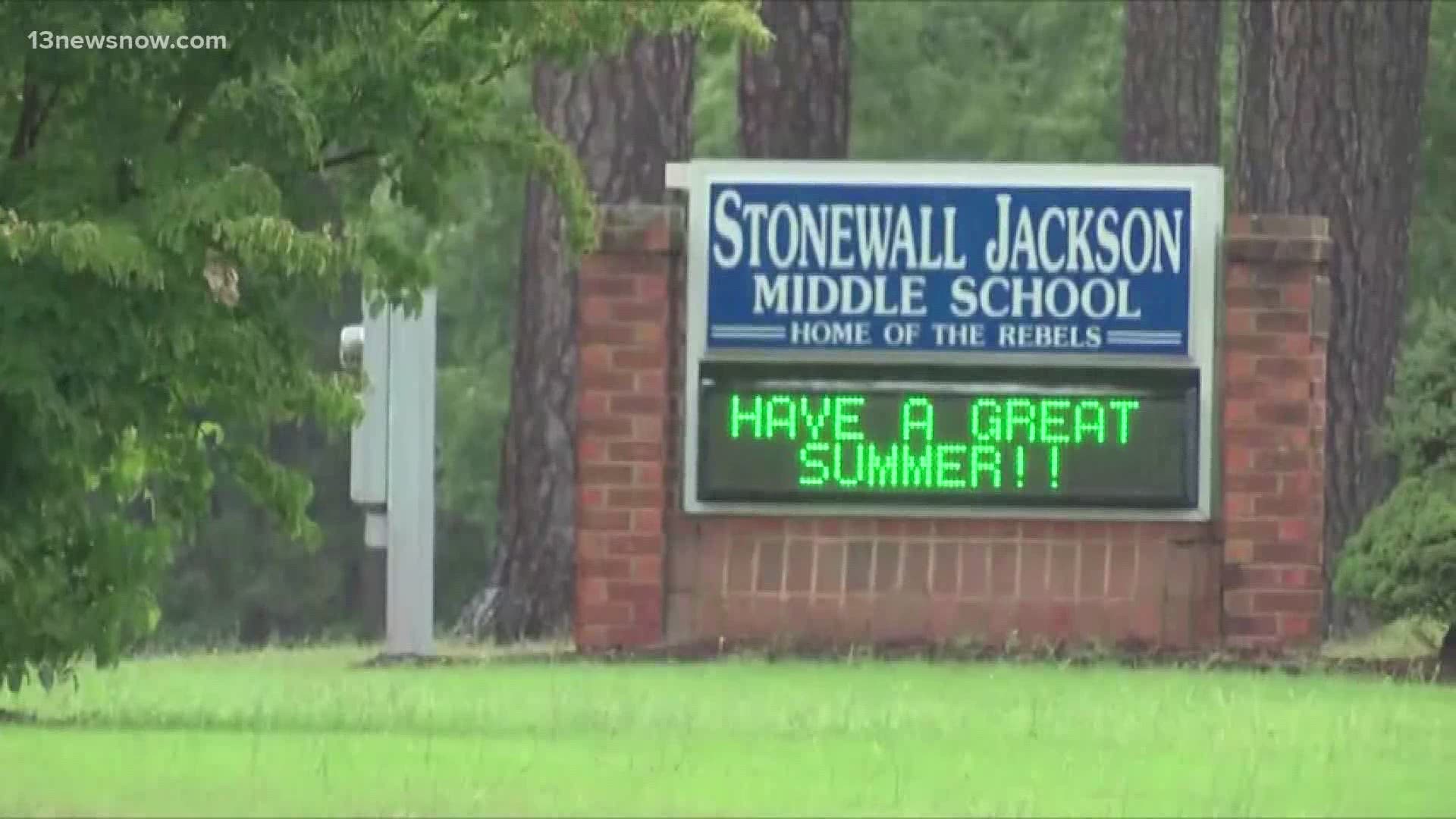 RICHMOND, Va. — When it comes to school names tied to confederate leaders, Virginia has the second-most in the U.S., according to the Southern Poverty Law Center.

There are nearly 200 of them across the country and at least 14 are in the Commonwealth.

Community members have called for change, and those demands are louder than ever during national unrest and the ongoing dialogue on social injustice.

Now, Governor Ralph Northam is taking an official stance. On Monday, Northam sent a letter to school board chairs all across Virginia.

“When our public schools are named after individuals who advanced slavery and systemic racism, and we allow those names to remain on school property,” the letter reads in part. “We tacitly endorse their values as our own. This is no longer acceptable.”

The groundwork to change school names with confederate ties has already been laid in the city of Norfolk.

The city is said to have the most schools in the state named after confederates- Matthew Fontaine Maury High School, William H. Ruffner Academy Middle School, and W.H. Taylor Elementary.

The school board will meet this month to discuss moving forward with plans to change the names.