As Governor Northam pushes for Virginia school divisions to develop hybrid models, he talks to Gloucester County School officials about their latest developments. 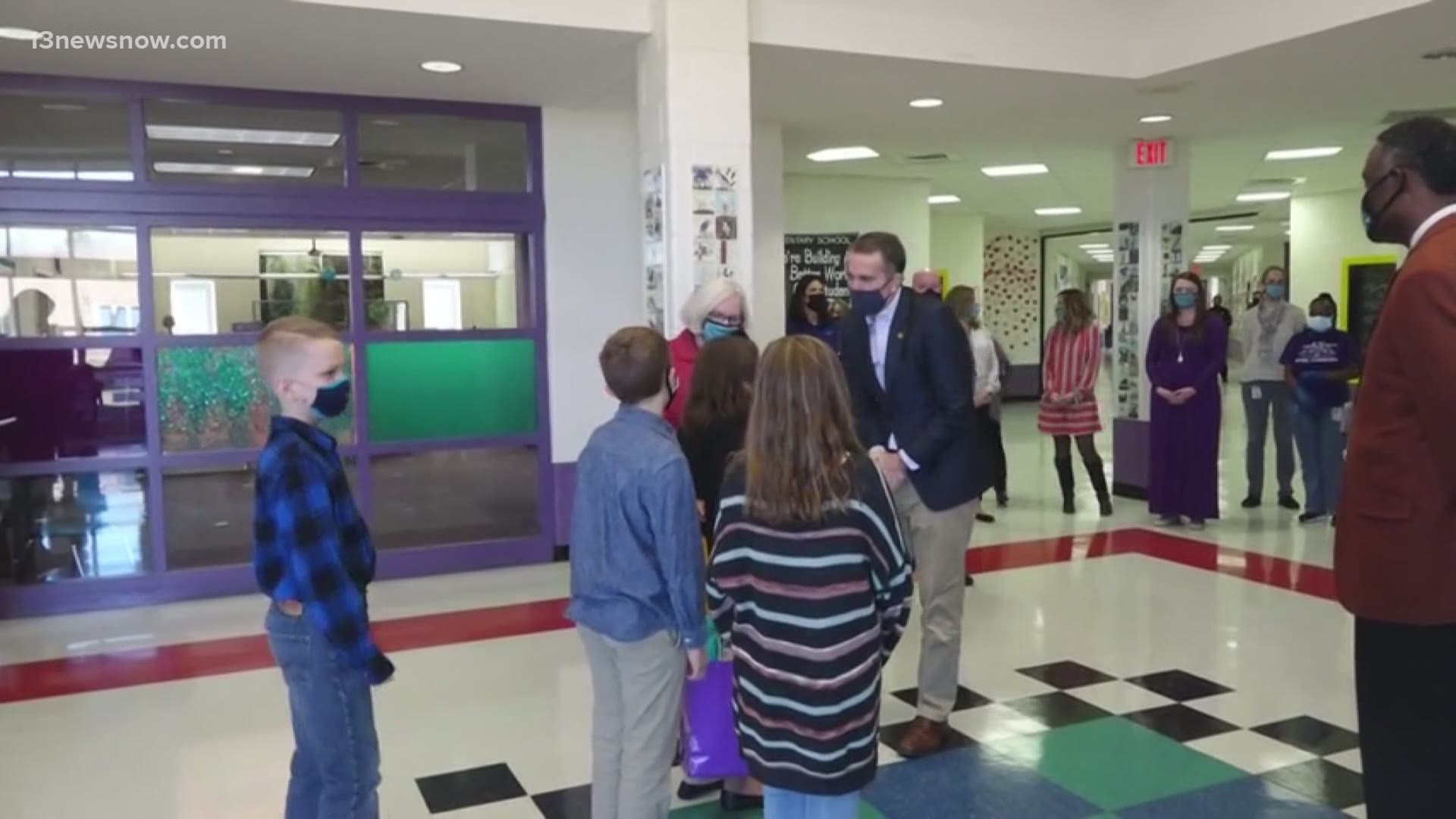 GLOUCESTER, Va. — Governor Ralph Northam took a trip to meet with Gloucester County elementary school students and staff to talk about the latest on the division's hybrid model.

“We’re in our A group," explained Superintendent, Walter Clemons. "They’re in on Mondays and Tuesdays and our B group is in Thursday and Friday."

Governor Northam took the morning to tour the classrooms where some students were sitting at their desks, socially distant. In other classrooms, you saw students on Zoom calls with their teachers for lessons of the day.

The governor spoke about his push for schools to have a hybrid learning model by March 15 and said so far, almost every school division in the state has put in their plans.

Superintendent Clemons said 84% of his staff are fully vaccinated with the help of Riverside Health and they are working on getting the other 16% vaccinated soon.

Other school leaders expressed the issue the division had with broadband access in the county. They said it was the biggest issue when they had to transition to virtual learning and it continues to be an issue for those who have to stay home on this alternate schedule.

“I think anything he would try to do to increase broadband for not only a locality like Gloucester, but also other localities that may be similar who may struggle with having access," said Superintendent Clemons. "I think it’s going to be beneficial.”

Governor Northam responded to their concerns by saying schools should be getting more support from the $1.9 trillion stimulus package. He said he plans on bringing "schools into a more modern technology."

The governor continued to push for schools to keep students in classes into the summer season to help them catch up for this upcoming 2021-2022 academic year.