The Gloucester County School Board argues that its bathroom policy poses a 'pressing federal question of national importance.' 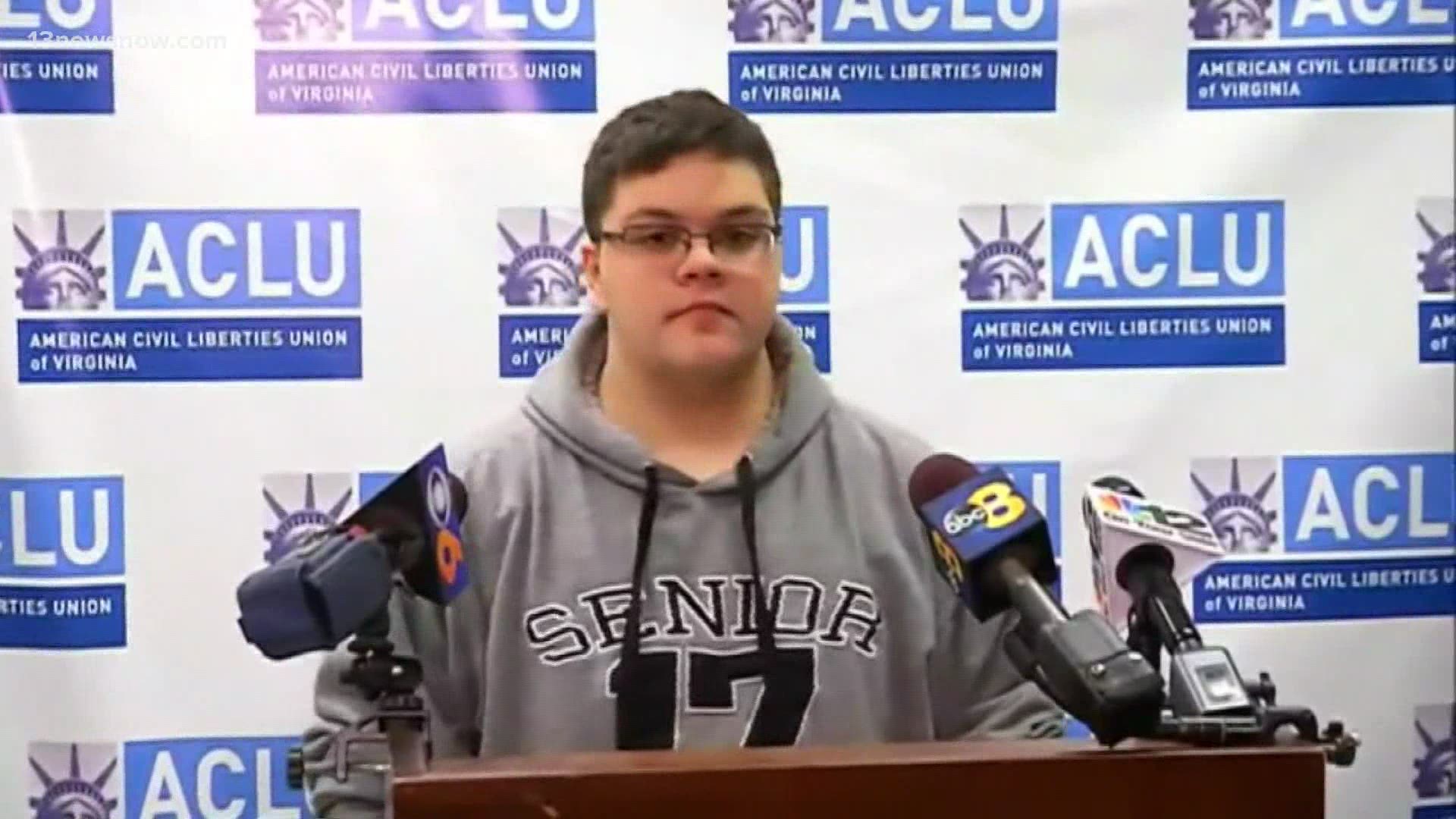 GLOUCESTER, Va. — A school board in Virginia is asking the U.S. Supreme Court to review its transgender bathroom ban after lower courts ruled that the policy is unconstitutional.

The Gloucester County School Board filed a petition before the high court on Friday. It argues that its bathroom policy poses a “pressing federal question of national importance.”

The school board’s policy has drawn national headlines in recent years because it required former student Gavin Grimm to use restrooms that corresponded with his biological sex — female — or private bathrooms.

The board has argued previously that federal laws protect against discrimination based on sex, not gender identity.