One of his students posted a montage of his classroom stunts, and the video took off. Dr. David Wright said he likes to make physics fun for everyone. 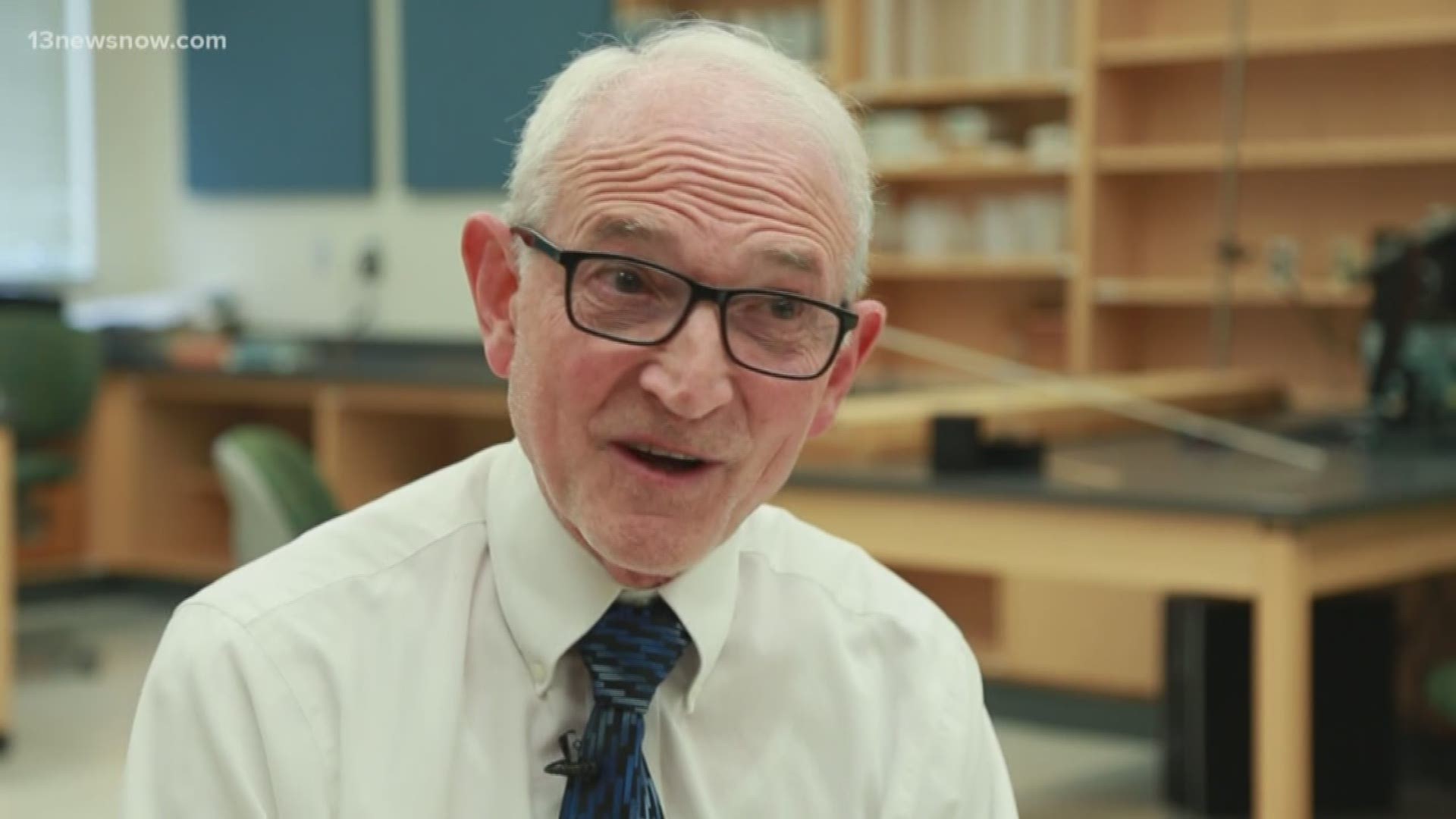 “Physics is fun,” said the energetic professor. “I want people to know that. I tell people it’s everywhere.”

For 45 years, the magnetic ball of energy has been bringing textbook lessons to life with crazy classroom stunts.

Whether it’s bouncing up and down on a pogo stick, slingshotting his way around the hallways, or lying on a bed of nails, his lessons never fail to entertain a class full of students.

“Traditionally, physics is very dull,” said Dr. Wright. “It’s just a bunch of math, but I wanted to make it come alive, so I figured if I’m having fun teaching the class, my students will enjoy coming.”

On Wednesday, the professor’s class stunts went viral after one of his students posted a stunt montage on Twitter.

Since then, the video had been viewed millions of times.

“It’s been crazy, from day one. From the day we walked into class,” said Church.

Church said she’ll never forget his class, which is a roller coaster ride.

When the enthusiastic professor isn't out on a whirlwind adventure, he’s in the classroom doing what he loves: teaching and making his students smile.

“They do light up, and they get excited about it and that makes me feel excited about getting them excited about science, because most of them don't want to be there,” said Dr. Wright. “They have to take the class, and it's my job to convince them you really wanna know this stuff, this is neat, and it implies everywhere in the world!”

Along the way, the vibrant science wiz has also taught his students a valuable lesson: everything is a lot more fun when we can be ourselves.

RELATED: He was set to graduate a first-gen college student. Then, his parents beat him to the diploma