A new report from the C.D.C shows nearly half of pregnant women skipped the flu shot last year. So, this year, they're urging all of them to get their vaccine. 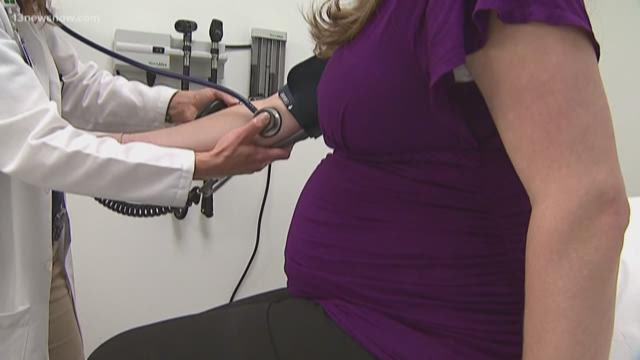 VIRGINIA BEACH, Va. — We are almost at the start of flu season and the Centers for Disease Control and Prevention is asking everyone to get vaccinated as soon as possible.

The CDC released a report that said nearly half of pregnant women skipped the flu shot last year.

For that research, CDC experts surveyed nearly 2,100 pregnant women, between August 2018 and April 2019.

Pregnant women also have more than double the risk of hospitalization, compared to non-pregnant women if they get influenza.

She said if women get the flu shot, it's a win-win for their baby. Doctors said the mother passes on antibodies to the fetus, which protects them after birth.

RELATED: Health officials: It's time to give flu vaccine another shot

VERIFY: Can you get sick with the flu from the flu vaccine?

Also, the CDC found babies under six months old have the highest risk of flu-related deaths, among children.

DeSanto said they're seeing patients come in with flu symptoms, but no one has tested positive yet.

However, she believes this year’s flu season might be worse than last year’s.

"I think it's going to be a significant year, this year, for the flu season as well,” said DeSanto.

If you want to get a flu shot this weekend, you can do it on Saturday at one of the eleven Sentara Health Care locations across Hampton Roads.

It’s drive-thru style vaccinations, which means you don't need an appointment and the flu shot is free.

Get there early though, it's first come first serve.

DeSanto said they will start vaccinations at 8 a.m. and go until they run out.