CHKD COVID-19 testing on the rise, more youth getting vaccinated in Virginia Beach 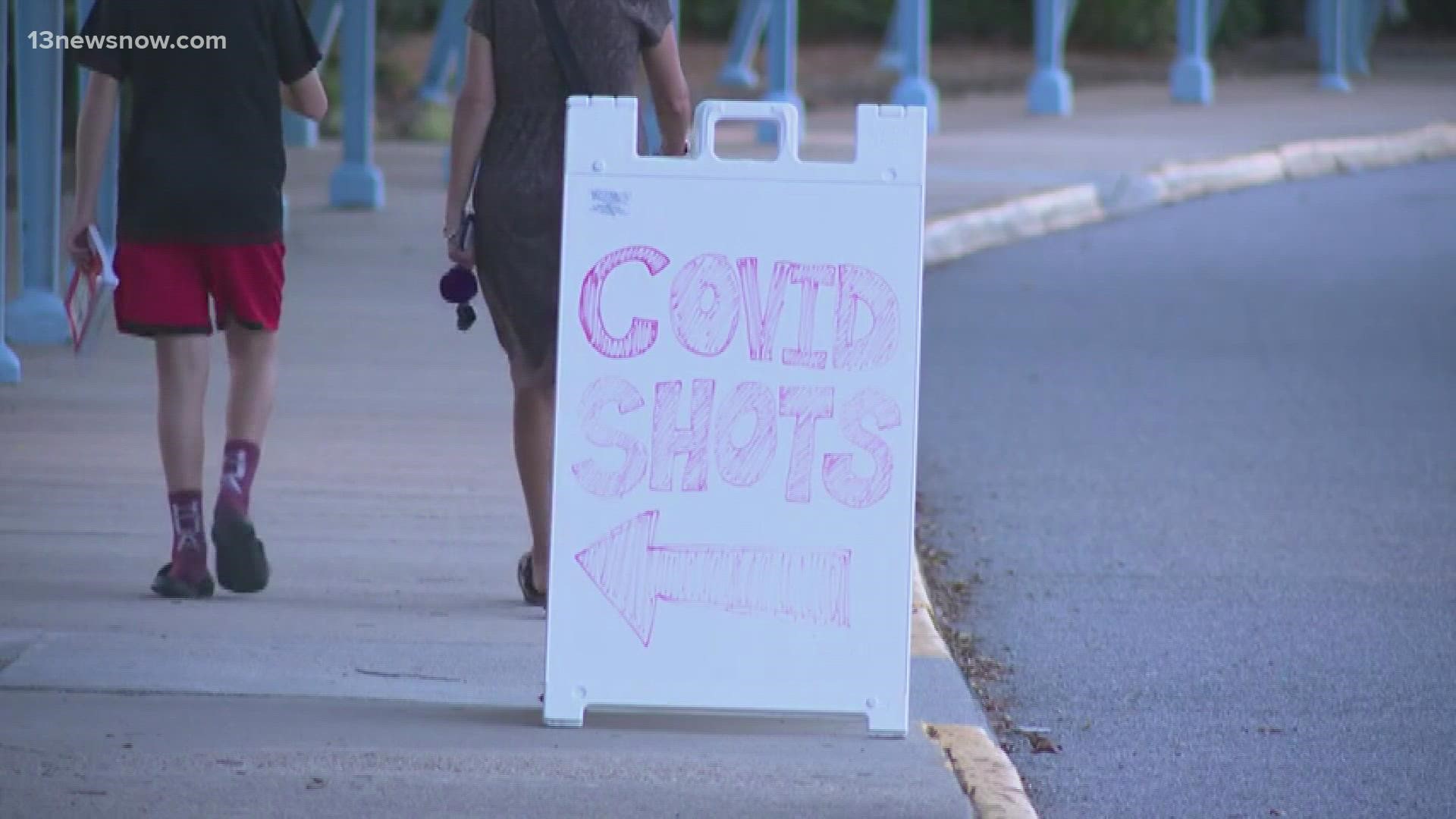 Many people who walked into First Colonial High School to get a free COVID-19 vaccine came for the first time.

“Get the shot. It doesn't really hurt. There’s no point not to. It's not going to hurt you," said 12-year-old Wyatt German.

German turned 12 last week. German told us why he got his first dose.

“Because it will keep me safe because I know a lot of people like at all the schools are getting it and getting COVID. So better be safe then sorry," said German.

High school freshman Makaila Matteson also got her first shot. She explained why she decided to get it now.

“Rates are going more and more toward younger my age kids. Its ridiculous on how at the beginning it was like they're completely fine and now it’s my age group that everybody is concerned about," said Matteson.

Others got their booster shot at the clinic.

“We would have been over this pandemic a lot sooner if more people were vaccinated and from what I understand is hospitals are getting overwhelmed," said Virginia Beach resident Barbara.

Doctors from The Children’s Hospital of the King’s Daughters are feeling the impact. They said their urgent care wait times are more than 300 minutes at times.

Dr. Mitchell said they are also seeing an increase in testing.

Mitchell wants people to only take their children to the hospital if they have symptoms.

“Even if you’re vaccinated. If the place says to wear a mask. Wear a mask. It’s not that hard we just need to be safe and eventually, eventually be over this," said Matteson.

CHKD officials said they are also dealing with major staffing shortages and some practices are running at just 50%.